Are Smarter Cities the Key to Social Mobility?

(Photo of Santa Cruz by Cortto)

My colleague Chris Cooper was recently appointed as IBM UK's Architect for Smarter Cities. For many years Chris has helped IBM's customers and partners in the transport industry build smarter systems with positive social and environmental impact; so he came to his new role with a wealth of experience.

Chris wrote a great paper a couple of weeks ago on the important connections between transport, open data and social mobility (it's available here, though you need a subscription to access the full article). This week we explored those themes further in a discussion that I thought was worth sharing.

[Rick]: You've spoken and written about "Social Mobility" in the context of Smarter Transport and Smarter Cities; can you summarise what you mean by the concept?

[Chris]: Social mobility in the context of Smarter Transport systems is the ability to move people and resources in an informed way that achieves positive social outcomes. It relies on the use of information and communication technologies to facilitate the organisation and optimisation of connections between goods, services and human capital. In short, it can enable communities to work together to achieve their goals.

The real challenge for such systems is how to measure the value of their social, environmental and economic impact. Today, we measure value in monetary terms. But that's very much a point-in-time measure; and there's an argument that the full cost of goods and services are not identified and included in their financial price – particularly the social and environmental costs. It's possible that such costs could be quantified by measures such as standard of living or the "happiness index" that has been suggested by the UK Prime Minister, David Cameron, amongst others.

I recently read a speech by Christine Lagard, Managing Director of the International Monetary Fund, ahead of the Rio+20 Summit. She called for a sustainable and equitably distributed recovery to economic growth; and stated that a barrier to achieving that was that the social and environmental costs you've referred to are not included in the prices we pay for goods and services. You've described "Social Mobility" as a vision for transport that addresses those challenges and empowers communities.

Yes, absolutely. But one of the challenges we will face is that the companies who operate our transport services are expected to peform against traditional financial measures – and they are audited in the same way. Those measures do not take account of social and environmental impact. If those measures were to be augmented by a "sustainability index" that assessed longer term contributions to society and the environment, then we might look back on current assessments of company performance and view them rather differently.

So if in the future mechanisms such as Carbon Taxes were introduced and became accepted components of financial performance, would we look back at the assessments we're making today and consider them incomplete? 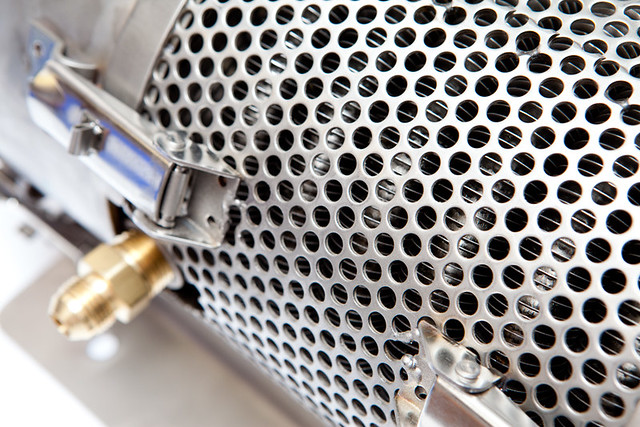 That's very possible. Our current systems measure short term performance and don't provide an incentive to plan for the future. It's becoming more important to correct this as competition for our finite resources intensifies. To do so we need to introduce mechanisms to adjust the cost of resources to recognise their scarcity and the impact of consuming them.

A good precedent can be seen in the way we have combated acid rain. Social and political pressure resulted in the application of financial penalties to the use of the chemicals that contributed to acid rain. Over time those financial penalties made the causative chemicals prohibitively expensive to use; or made it cost-effective to install equipment to prevent their emission, such as the the carbon dioxide scrubbers that are now commonplace in power stations.

No-one argues with the logic of doing that anymore; and we no longer suffer from acid rain. Of course, in today's globalised economy its important that such measures are applied universally so that they don't create imbalances in competition, and that's by no means a simple challenge to resolve.

At the Base Cities London conference we both attended recently, the Deputy Mayor for Environment for Los Angeles told us that in contrast to the relatively weak agreement between national leaders at Rio 20+, city leaders had returned from their own conference in Rio determined to implement the changes required to achieve sustainable economic growth. How do you see the ideas we've discussed working in city economies?

If companies published the "sustainability index" I've described, consumers could consider it when choosing which companies they should buy goods and services from. That could be a very powerful tool for influencing the impact of the millions of buying decisions made every day by individuals in local markets.

Rather than acting as an overhead or a barrier to innovation, such an index could enable companies to improve their performance. In order to transform operations to more measurably sustainable models, companies will need to invest in  understanding their supply chains, operations and markets in more depth. Doing so will undoubtedly provide opportunities for optimisation.

More generally, localism is going to be an increasingly important concept as we realise that it's more realistic and effective to affect the communities around us rather than the world at large.

We haven't spoken much about transport; I've seen some interesting studies recently that have highlighted the challenges some communities in cities have in accessing effective transport. To what extent is the concept of social mobility concerned with enabling city communities to travel to where they need to to live, shop and work?

That's a really important point. The urban spaces we inhabit – including the surrounding rural spaces which supply them – need to be designed in harmony with the transport systems that move people and goods around them.

Whether that's best accomplished by a "grid" system or through networks of urban villages; and how those ideas apply to new-build cities in emerging economies or the transformation of existing cities in developed economies are subjects that are hotly debated.

I personally think that mixed developments that concentrate a critical mass of people, goods and services within walking distance are the key to enabling the transactions through which cities create value and wealth to take place more frequently and at lower financial, social and environmental cost. Travel doesn't just consume resources; it's often an unproductive use of time.

So is it more important to focus on enabling travel within cities than between them in national systems?

Research has shown that cities are the most efficient systems for generating social and economic value; but it's well known that some cities are losing population, or are losing key skills from their population to their suburbs and commuter belts. The reasons for that include the desire for more space; to live in more attractive environments; or to have better access to quality education for children. All of those challenges could be addressed by more holistic thinking, planning and investment in city systems, including their transport. And they would bring people with important skills and experience back into the diverse, creative environments of our cities.

One possible approach would be to allow cities to expand into the greenbelts surrounding them. By allowing cities and their transport systems to expand as little as one mile (1.5 kilometres) into their surrounding greenbelts – which are an artificial creation – we could significantly increase their size in a way that exploits their existing infrastructure.

Has the privatisation of transport in the UK over the past few decades resulted in a system that is cost-effective to provide – on a strictly financial basis – rather than one that is optimally beneficial to city communities and economies?

That's certainly a concern, though key organisations in transport are starting to look ahead to new strategies for the future. Rather than focus on what we can't predict – whether high-speed rail or hovercars will be our transport of choice, for example – I think we should focus on what we want our transport systems to achieve for us – such as universal access to local and national travel – and how we make progress towards such goals over the next few years.

So to summarise our discussion, would you agree that the challenge for cities is to evolve in ways that encourage the development of spaces, communities and transport systems in harmony so that they enable local transactions and interactions as a more sustainable form of growth?

Yes. It's important for local communities, cities, regions and even nations to become conscious of their unique strengths; to exploit local transactions to reinforce them; and to trade them with regional and national partners.

Cities are increasingly looking for these differentiators; and multi-national companies such as IBM are looking to build relationships based on them. Such relationships – in Moscow, Dublin and Dubuque, for example - connect the ideas, experience and economies of scale that accrue from global operations to the intricacies and unique expertise of local markets. And they do it with the passion that comes from local engagement.

Chris, thankyou, that's been a really interesting discussion. As individuals we all care about the places and communities in which we live; the ideas we've discussed today give us the reason and opportunity to contribute to those communities through our work as well as in our private lives in very important and exciting ways.