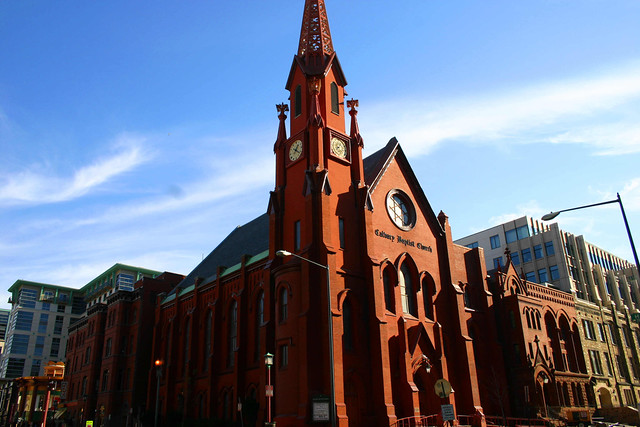 A growing, multi-denominational religious movement is placing environmental protection at the center of its teaching and practice. Expressed in part by the phrase "creation care," these leaders believe that protecting the earth is a religious value, and that environmental stewardship is a moral responsibility.

In his highly personal 2009 book Gardening Eden, Michael Abbaté puts it this way:

"Imagine the power of a multitude of faithful people who join together to say: This world is a gift from God. We want to pass it on to future generations in better condition than we received it."

Abbaté, who is a landscape architect and city planner as well as religious thinker, goes on in Gardening Eden to explain how the practice of creation care can lead one to a life of worship and compassion with respect to food, energy, transportation, and green living at home.

Some houses of worship, most of them in cities and suburbs, are stepping up big-time to practice what they preach. Through an article written by Caitlin Gibson and published in The Washington Post, I recently learned that there is even a nationwide certification program for congregations wishing to have their environmental leadership recognized. The program, sponsored by an organization called GreenFaith, asks for significant demonstrations of environmental commitment from its participants over a two-year period before full recognition is awarded.

I took a look at GreenFaith's certification requirements and was impressed by their substance and depth. These are just a few of the minimums: 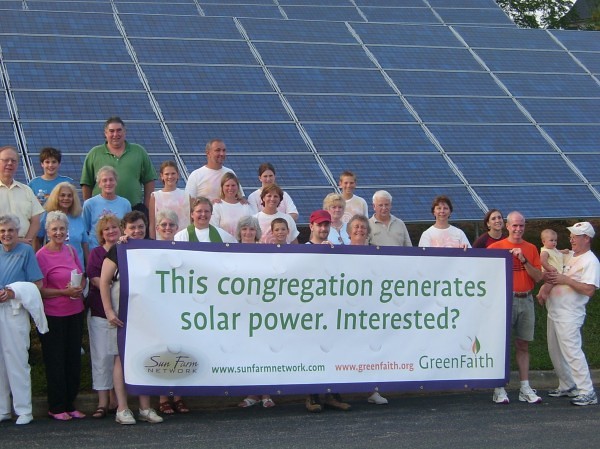 Heck, I know environmental organizations that might have room to improve in living up to an audit based on requirements like these. GreenFaith's certification director told Gibson that "the organization works with more than 4,000 congregations of many faiths across the nation, and 75 of those are a part of the two-year certification program specifically."

According to the organization's website, "GreenFaith provides you with extensive resources, one-on-one coaching, support and networking opportunities to help you do holistic and successful environmental programming." The website includes pages of suggestions and links on partnerships, divestment and reinvestment, environmental health, "spirit" programs designed to strengthen members' bonds with nature, and an extensive "stewardship" section covering ten topics from green buildings to waste reduction to energy (including transportation energy) efficiency and more.

The organization does not believe its affiliates should shy away from political advocacy:

"GreenFaith believes that political advocacy is an important and integral part of building an environmentally sustainable and just world. The Program does require some form of environmental advocacy, particularly in relation to creating healthy environments for minority and low-income communities which usually suffer the worst effects of pollution. However, we understand that some institutions are uncomfortable with highly political activities, so to make this requirement flexible we do not dictate the issue nor the specific activity centered around advocacy - and we provide resources and support to help your team in crafting advocacy activities that work best for your particular institution."

In addition to the certification program, GreenFaith sponsors an intensive "religious-environmental training program" for clergy or lay leaders who wish to undertake deeper commitment and study. Its board and staff include members of multiple faiths. (Read about the organization's founding and history here.) 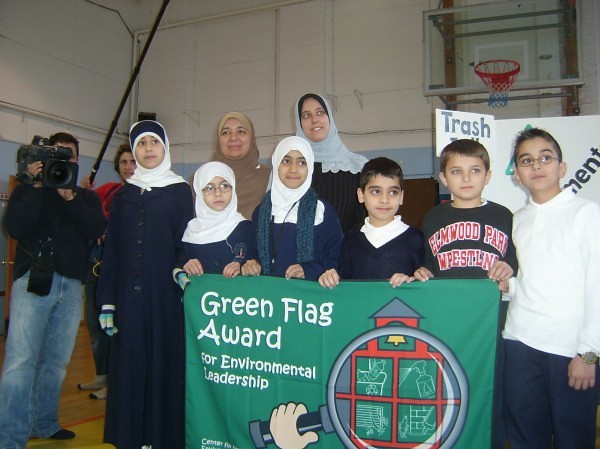 On the latter point, Shneyer is particularly eloquent:

Grace Episcopal Church of Silver Spring, Maryland (an inner suburb of Washington, DC), which has significantly greened its building and programming operations, is another congregation featured in the article. The Rev. Andrew Walter, the church's pastor, said that he believes that the movement's time has come:

"My sense is there's a growing awareness of environmental issues in the wider culture and society, and as that's happened, there's also been a growing theological understanding in the church. Here at our own congregation, it's sort of a no-brainer -- people just immediately understand that the Earth comes from God, and we need to care for it."

I have written about connections between faith, environmentalism, and urban communities before. The subject interests me in large part because I grew up in a religious community in the South. My hometown has a freeway named after Billy Graham, and I even remember going to tent revivals as a kid. I was raised Protestant, but attended a Catholic elementary school and eventually even a law school at a university founded by Jesuits. Although I am no longer a practicing member of any particular faith, I have great respect for those who are. 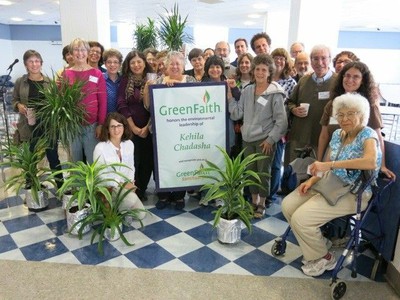 And I have always seen a deep connection between religious and environmental values. My own environmental instincts came originally not from science (though I am certainly a believer in science) but from a sense of wonder about natural beauty and the landscape. I don't see the environment as a political or technical issue but as a moral and ethical one, in great harmony with the principles I learned in church as a kid. I think it's fantastic that the connection is becoming more institutionalized through an organization such as GreenFaith.

I'm pretty sure that Michael Abbaté, the Christian writer whose quote appears at the top of this post, would agree. After Gardening Eden came out in 2009, he honored me with an interview, and this is what he had to say on the point:

"I am interested in talking to some of the folks who are suspicious of environmentalists and dismiss the issue as driven by left-wing secular humanists. Some things are right for an individual to do, regardless of politics. Helping your neighbor, feeding the hungry, loving your enemy, nurturing a child, stewarding creation. These are good and right for an individual to do, and must be driven by an inner conviction that is more profoundly personal than a party platform."