The Coolest Urban Trail You are Likely to See 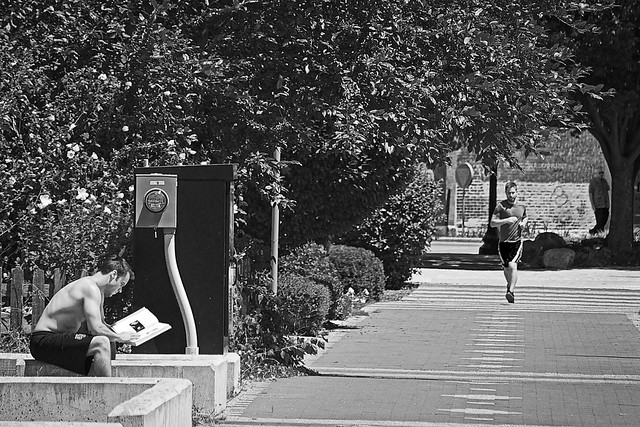 Something special is happening in Indianapolis, and it's transforming neighborhoods.  As I wrote in People Habitat, revitalization when done well is almost unparalleled in its ability to boost the "triple bottom line" of sustainability: a healthy environment, a healthy economy, and a healthy and equitable social fabric.  The good news, of course, is that, after decades of varying degrees of disinvestment, downtowns and inner cities are coming back, albeit at different paces in different markets and sometimes in new forms that differ from the old.

In most cities, what's happening in the private sector alone won't be enough to get the job done, and civic and philanthropic investment is needed to jump-start the process of becoming vital again.  That's Indianapolis, strong enough that it never suffered the precipitous decline of many Midwestern cities (think Detroit or Cleveland), but not so strong that it's been booming, exactly, compared to Sun Belt cities.  Except for a population decline in the 1970s, Indianapolis has enjoyed steady but modest population growth in recent decades.  It still has immense potential for revitalization.

This is why the city's remarkable Cultural Trail is so important.  It's a pedestrian and bike trail, yes, but it's a lot more than that, too, providing a demonstration of green infrastructure for stormwater control, a highly legible guide to some of the city's most important neighborhoods and assets, and helping spur revitalization and boost property values along the way, all while adding to Indy's mobility options.

"The Indianapolis Cultural Trail, unveiled last May, took 12 years to plan and six more to construct. 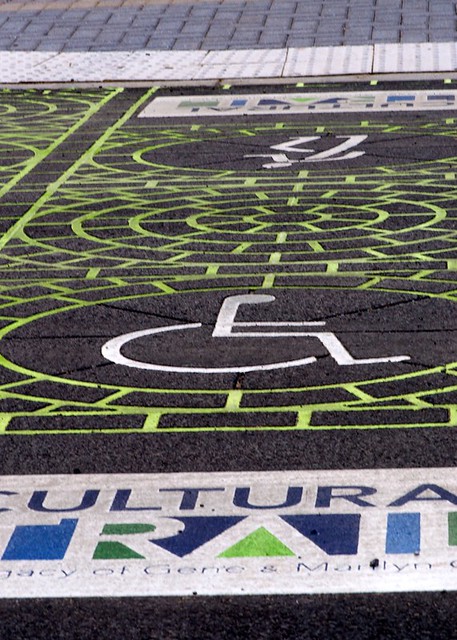 Funded by private donations and federal grants, the $62.5 million result is an accessible urban connective tissue — an amoeba of paths shot through with lush greenery and commissioned works of public art.

"Paved with stylish two-tone patchworks of hexagonal and striped asphalt, the main loop of the path swoops past every major cultural and entertainment venue in the downtown area — from the Indiana State Museum in White River State Park to the Indiana Repertory Theater to the Indianapolis City Market. Straightaways veer off to the restaurants and shops of the historic Mass Ave and Fountain Square neighborhoods."

My friends Chris Harrell and Tyson Domer took me on a tour of the trail a few weeks ago.  I was impressed with all of the above and, as an avid cyclist, also impressed that along much of the way pedestrians and cyclists each get their own designated space.  Business owners along the Cultural Trail have seen increased foot traffic since it opened, Simmons reports, and vacant properties are being fixed up and occupied.

One especially impressive feature is the "Glick Peace Walk," a segment of the eight-mile trail that links a garden dedicated to Abraham Lincoln, another dedicated to Dr. Martin Luther King, Jr., and sites celebrating ten other "luminaries" who achieved greatness through peaceful pursuits (Jonas Salk, Mark Twain, and Susan B. Anthony, for example).  The Cultural Trail's official name includes "a legacy of Gene and Marilyn Glick," benefactors whose funding was critical to the trail's design and construction. 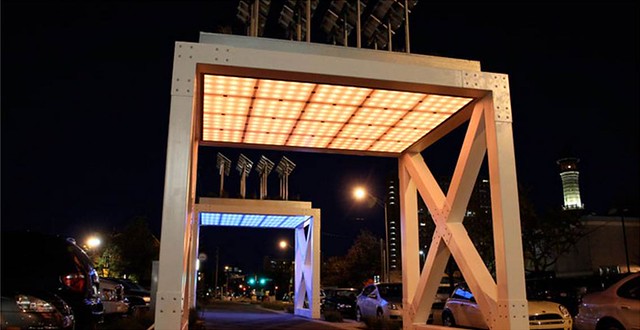 In addition to private funding, the Cultural Trail was assisted by $35 million in federal transportation funding, including a $20.5 million TIGER grant.  The city estimates that the trail could be responsible for as many as 11,000 new jobs and over $800 million of total economic impact.  As far as I know, no other US city has anything quite like it.

Just last week the Cultural Trail announced the details of a bikeshare program – Indy's first – to be anchored along the trail and called Pacers Bikeshare, named after the city's pro basketball team.  It is scheduled to launch on Earth Day, April 22.

Check out this nice two-minute video about the Cultural Trail's green infrastructure:

Kaid Benfield is special counsel for urban solutions at the Natural Resources Defense Council.  He writes about community, development, and the environment in national media.  Kaid's latest book is People Habitat: 25 Ways to Think About Greener, Healthier Cities.