How Smarter Cities Get Started 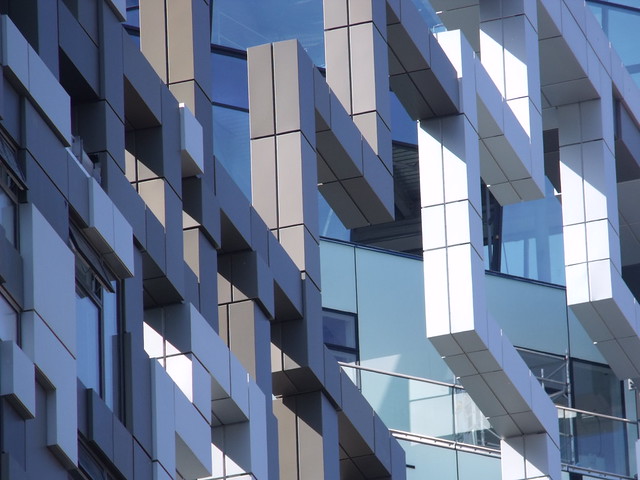 I was delighted recently to be invited to join Birmingham's new "Smart City Commission". The Commission is meeting for the first time today, and leading up to it I gave some thought to what the common ideas are that are emerging from cities that are making progress with their "Smarter" transformations.

Many of the environmental, social and economic forces behind the transition to Smarter Cities are common everywhere; however, the capabilities that enable cities to act in response to them are usually very specific to individual cities. They depend on factors such as geographic location, the structure and performance of the local economy, the character of local communities, and the approach of leaders and stakeholders across the city.

The relationships between those stakeholders and communities are crucial. Cities may aspire to encourage economic growth amongst small, high-technology businesses; or to stimulate innovation in service delivery by social enterprises; or to switch to more sustainable patterns of travel and energy usage. To act successfully to achieve any of these aims, long and complex chains of connections between individuals need to work effectively, from city leaders, through their organisations, to community and business associations such as small business forums, neighbourhood communities, and faith groups, to individual companies, their employees and citizens across the city.

So how does it happen that this complex web of city systems can make cohesive progress towards such challenging objectives?

I'm not going to claim to have a complete answer, but I do think we can observe patterns in the behaviour of the cities who have made the most progress.

Does the city have a plan?

Cities already have plans, of course. In fact, often they have lots of plans – for the economy, for housing, for public service transformation, for marketing and for many other aspects of urban systems.

What is really required in a Smarter City context, though, is a single plan that captures the vision and means for transformation; and that is collectively defined and owned by stakeholders across the city; not by any single organisation acting alone. It needs to be consistent with existing plans within individual domains of the city; and in time needs to influence those plans to develop and change. 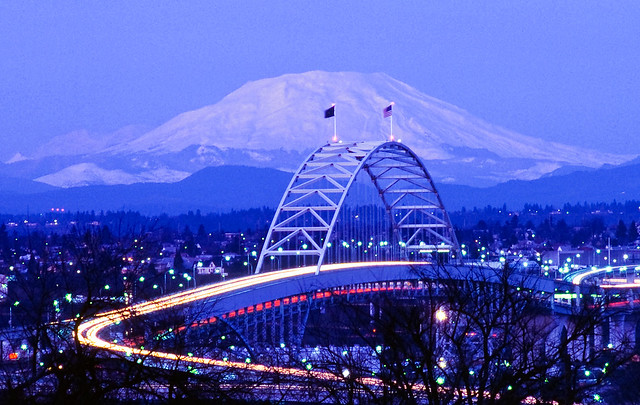 Evidence supporting the importance of formulating such cross-city plans is growing. IBM's work with the City of Portland is illustrating the deep and sometimes unexpected connections between city systems.  Elsewhere, Tim Stonor is a great advocate of the relationships between the physical organisation of cities and their social and economic character. IBM's system, Tim's work and that of the physicist and biologist Geoffrey West are all capable of making quantified predictions about the impacts of links within and between city systems.

A Smarter City plan needs to set out a vision that is clear and succinct, often expressed in a single sentence capturing the future that the city aspires to. That vision is usually supported by a handful of statements that summarise its impact on key aspects of the city – such as wealth creation, inclusivity and sustainability. Together these statements are something that everyone involved in the city can understand, agree to and promote. Sunderland's "Economic Masterplan" is an example of a cross-city vision that is constructed in this way.

To make the vision deliverable, a set of quantified objectives against which progress can be measured are vital. In IBM as we work with cities to establish these measures, we're learning that social, financial, environmental, strategic and brand values are all important and related. They could include improvements in education attainment; creation of jobs; increase in the GDP contribution by small businesses in specific sectors; reduction in carbon impact in specific systems or across the city as a whole; improvements in measures of health and well-being; and may include some qualitative as well as quantifiable criteria. It is against such objectives that specific programmes and initiatives can be designed in order to make real progress towards the city's vision.

In this way a roadmap of activity aligned with a city's transformation objectives can be laid out. It's important that this roadmap includes a mixture of long and short-term projects across city domains; and in particular that it includes some "quick wins" – in attempting to work in new partnerships to achieve new objectives, nothing builds confidence and trust like early success.

Does the city have an effective stakeholder forum?

Once stakeholders from a city ecosystem have come together to define a vision and a plan to achieve it, it's vital that they maintain a regular and empowered decision-making forum to drive progress. The delivery of a Smarter City plan relies on many separate investments and activities being undertaken by many independent individuals and organisations, justified on an ongoing basis against their various short-term financial obligations. Keeping such a complex programme on track to achieve cohesive city-level outcomes is an enormous challenge.

Such forums are often chaired by the city's local authority; and they often involve representatives from local universities who act as trusted advisors on topics such as urban systems, sustainability and technology. They can include representatives from local employers, faith and community groups, institutions such as sports and retail centres, and trusted partners in domains such as technology, transport, city planning, architecture and energy. The broader the forum, the more completely the city is represented; but these are "coalitions of the willing", and each city begins with its own unique mix.

In fact, a formative event or workshop that brings such city stakeholders together for the first time, is often the catalyst for the development of a Smarter City plan in the first place.

Is the city community acting together? 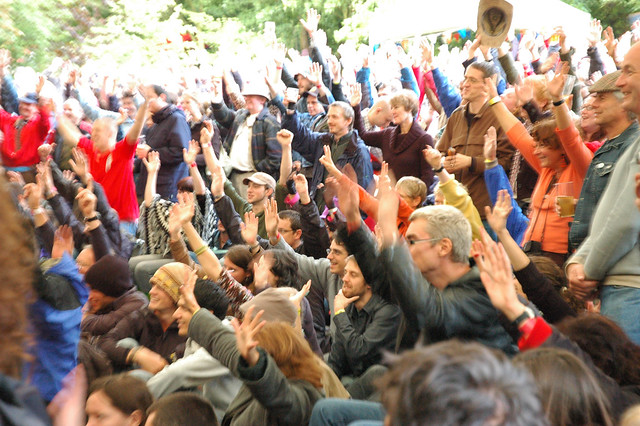 (Photo of the crowd at Moseley Folk Festival, Birmingham, by Pete Ashton)

It's impossible to understate the importance of individual people in making cities Smarter. The functioning of a city is the combined effect of the behaviour of all of the people within it; and Smarter City systems will not change anything unless they engage with and meet the needs of those individuals.

Community and faith groups are tremendously important in this process, as they can bridge between institutions such as Councils and employers and individuals in all the communities of a city, including those that face the most significant challenges. Every city has communities that struggle to access information, services and opportunities; and communities that are less engaged in the decision-making and consultation processes that lead to such things as Smarter City plans.

In Sunderland, the City Council has placed computer access points in around 40 "e-village halls" (see short articles on the Council's website here and here). These are often facilities owned and run by community associations, and provide a trusted environment in which members of local communities can help each other access digital information and services. The city has a strong tradition of social enterprises  working in these communities; Sustainable Enterprise Strategies offer advice, facilities and support to such organisations from their new "Container City" facility.

These networks of people, organisations and infrastructure are vital assets that support Sunderland's transformation objectives, particularly as the city delivers its new Cloud computing platform. They are a good example of the way a city can bring individuals, communities, organisations and technology together in support of common aims.

It's a tremendous honour for me to have been asked to join Birmingham's Smart City Commission . I've lived more than half my life in the city; it's where I finished my education and started my career and family. So the chance to contribute to its future thinking is a personal privilege as well as a professional one. The commission has drawn together an incredible collection of expertise from across the city and beyond; I hope we can rise to the challenge of keeping Birmingham on course to play as prominent a role in the Information Revolution into the future as it played in the Industrial Revolution of the past.