With the release of the new American Community Survey data on Tuesday, we are now able to see how the fine-grained nature of metropolitan areas has changed over the last few years. This is the first release since the 2000 Census that really provides enough detail to map these changes, and the New York Times has stepped up to the plate with a handy mapping tool. The Census American Factfinder website will get an upgrade in about a month, and mapping will be much easier once that happens.

Poking through some of the data, I haven't been able to discern any interesting new trends that have not previously been identified. But we do see some pretty clear confirmation of earlier predictions, such as those made by Bill Lucy and David Phillips in Tommorrow's Cities, Tomorrow's Suburbs. Taking a look at a number of indicators, they outlined the beginnings of a reversal of the 20th century story of urban decline. Instead they found evidence of city centers prospering and the aging suburbs around them falling into economic decline.

Take a look at these maps of changes in median income by census tracts between 2000 and 2005-2009, courtesy of the NY Times site. Orange is positive, blue is negative. 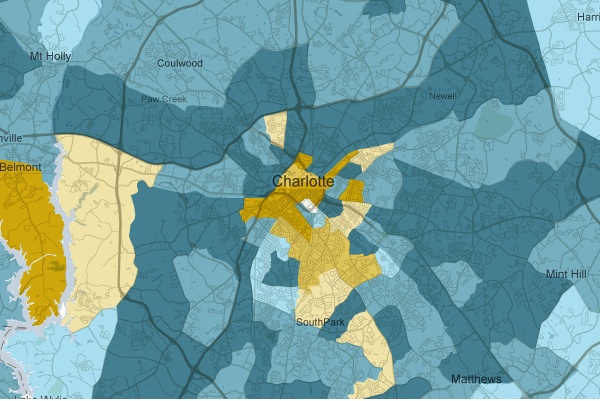 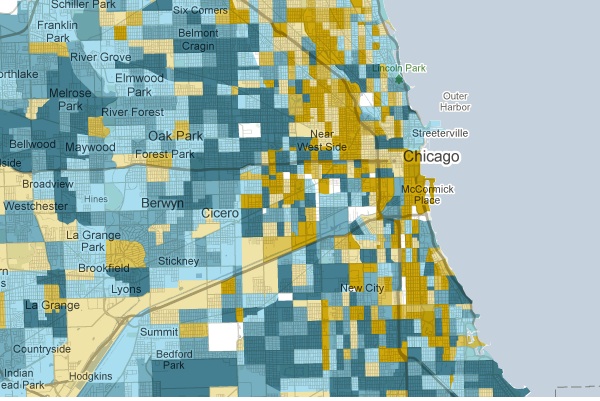 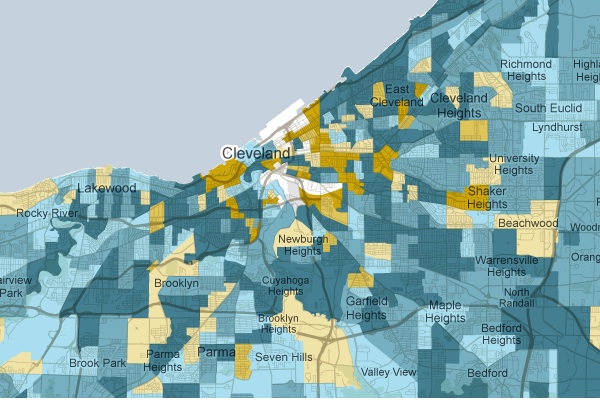 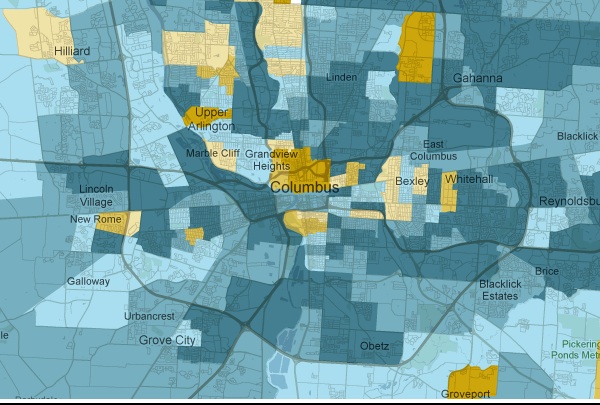 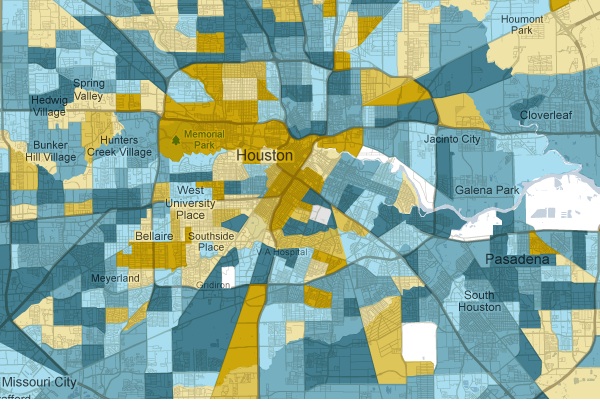 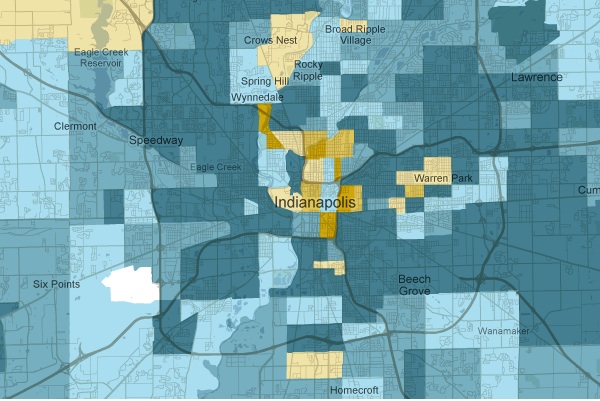 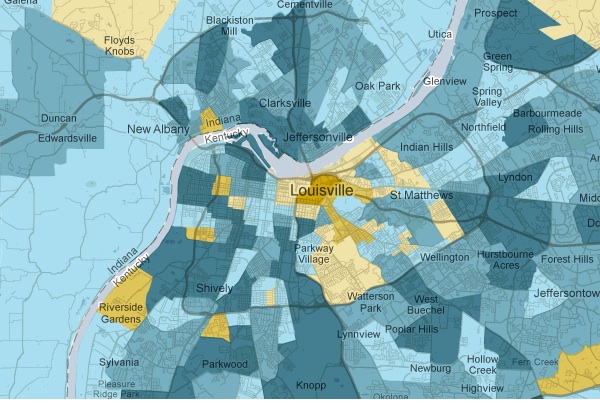 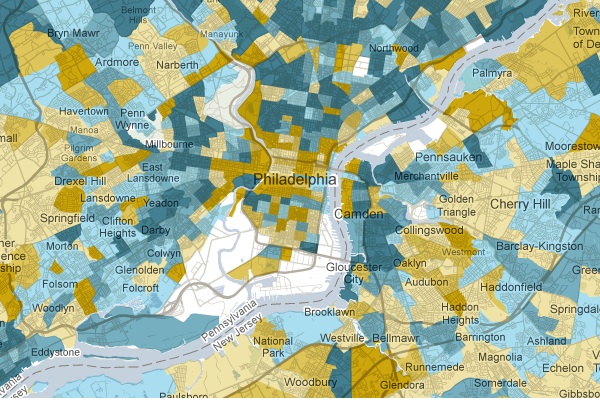 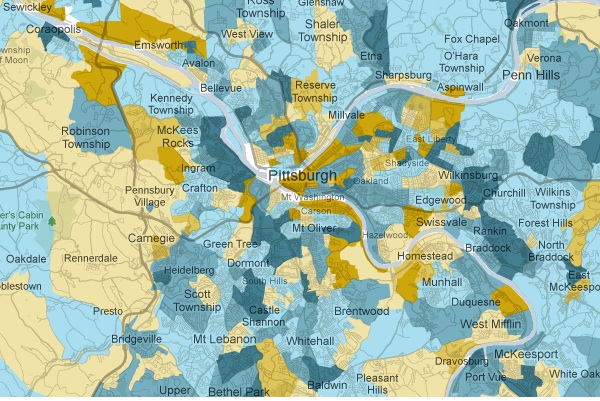 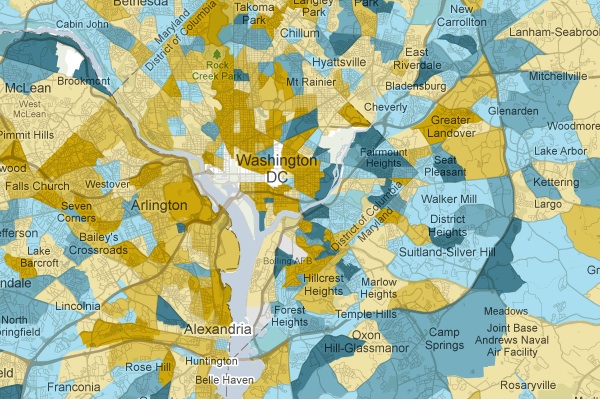 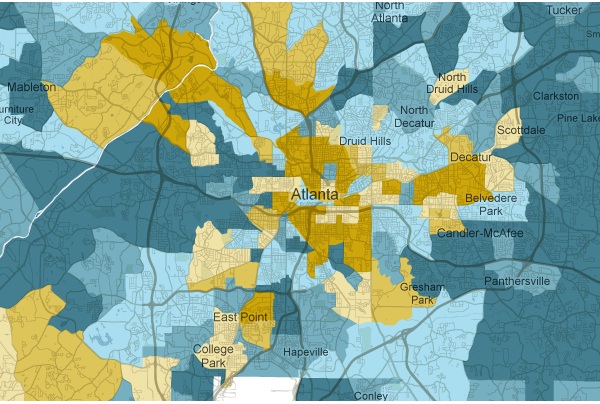 Atlanta offers a particularly striking pattern. During this interval, the median household income in the whole Atlanta metro area grew a reasonably healthy 12.4%. But looking just at urban Atlanta, we see a growth in median income of 44.5%. It turns out that Atlanta's wage growth is being driven almost entirely by wage growth in its core. The suburbs are still a tad bit wealthier in general, but that will probably not last more than a year or two longer.

Then see how this stacks up against the age of the housing stock in the core and the surrounding "suburbs."

Homes in urban Atlanta are, on average, much older than they are in the rest of the metro area. Despite the remarkable wage growth in the center of the metro, there still has been relatively little actual home construction for some reason. Less than 10% of all homes built since 2000 have been built in urban Atlanta (although it's worth noting that this share is up from the low of 5% in the sprawling 90s). Conventional wisdom says that wealthy people gravitate to newer homes, and the houses then trickle down to lower-income households as they are bought and sold over time. But wealthier people are moving to the core of Atlanta despite, or maybe because of, its older homes and neighborhoods.

One last important note: this census dataset doesn't do a very good job showing changes due to the housing market collapse, because the data is sampled from both before and after it happened. We'll have to wait a couple more years for Census data showing the new spatial patterns that emerge from the rubble.