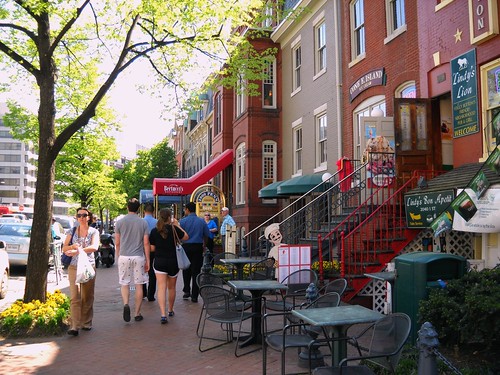 The Urban Land Institute's latest forward-looking report for the real estate industry has lots of hopeful news for the environment, if perhaps also some sobering news for the economy.  Titled What's Next? Real Estate in the New Economy (print edition here, download here), the core of the 116-page analysis is divided into chapters titled Work, Live, Connect, Renew, Move, and Invest.  It is the latest in an excellent series of trend-watching reports from the industry association and think tank, and was unveiled in late October at the Institute's annual conference.

It's as good a marker as any to use for the transition to the New Year.

There are lots of findings for the built environment, most highly consistent with the smart growth and sustainability agenda.  From the accompanying press release:

The report was reviewed by Philip Langdon in Better Cities & Towns online, and by Chuck Wolfe in The Atlantic Cities.  It merits significant weight in part because it was not issued or commissioned by environmental or smart growth groups but, instead, by hard-nosed businesspeople who must understand trends affecting real estate to maximize their profits (or, in this economy, minimize losses). 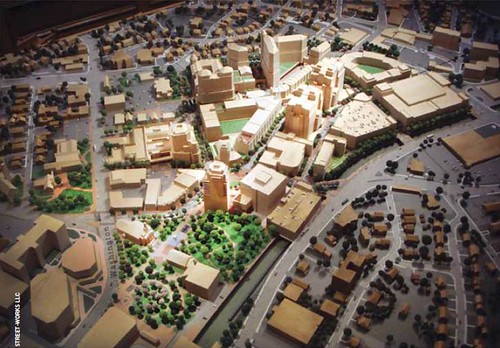 For those reasons, the chapter that explicitly discusses where real estate investors should consider putting their money can be particularly interesting.  This section of the 2011 report has some interesting tidbits, including a suggestion that investors should seek durability in properties, in an environment where technology is pushing every sector of the economy toward rapid change and "in a new era when properties can turn obsolete faster."  The report urges readers to "encourage everyone in your company to get smarter about energy, sustainability, transportation, and communications," because that's where change is most likely to come from.

Langdon's review notes the report's admonition that, because of the likelihood of persistent economic sluggishness, "more of us must either live in larger households or in smaller units" over the next 20 years, and this means a surge in multifamily rental units, particularly "at mass transit stations and near suburban town centers," where living environments will "involve less car dependency and feature walkable neighborhoods."

Wolfe's review notes that the "Connect" chapter focuses on "the dual nature of proximity, from urbanist and functional standpoints":   on the one hand, real estate customers will be seeking homes closer to jobs and vice versa while, 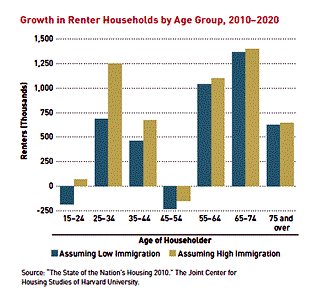 on the other, technology will increasingly mean work will be from multiple locations, shifting the nature of work space.  I find the impacts of technology on land use to be a particularly elusive area to analyze.  Telecommuting, for example, reduces emissions and infrastructure needs for commuting, but it also enables people to live farther apart from each other if they prefer, and in my experience many prefer exactly that.  There is no shortage of opinions, but I don't think we know with certainty what the environmental implications will be.

What we do know is that nearly every credible report on demographic and economic trends is pointing in the direction of smart growth and sustainability.  Those businesses and governments that best position themselves to take advantage of the growing interest in shorter commutes and walkable neighborhoods, even if it means a little less individual living space, are likely to have the most success.

And, now, because it is the brink of the New Year, I'm going to turn away from what musician Nick Lowe called "the cold wind of commerce" in a show I attended, and offer my personal favorite New Year's song, just for those of you who like music as much as I do.  Best wishes for a happy one: