A New Type of Architecture School

If you want something done right, you have to do it yourself. It seems increasingly clear that the architecture profession isn't going to change of its own accord, certainly not at any great speed. This is especially true of the educational establishment, almost exclusively Modernist and reliant on a studio system which is not reflective of the real world. So maybe the only solution is to abandon trying altogether to fix things from the inside and shape our own alternative. 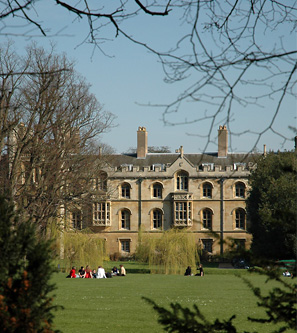 If I had the resources to do so, I think an effective method would be to found my own private school of architecture, offering a complete alternative to existing programs. Obviously not like the AA in London, which exclusively teaches the most ridiculous modernism (and quite frankly not to a high standard in recent years). I'd call it something like the Holistic School of the Built Environment, because it's long overdue to meld the worlds of architecture, urban planning, landscape architecture, and maybe a bit of carpentry too. I see it as essential to integrate these various disciplines and teach them as a whole. I'd like to say this is my own radical idea, but it's not really. If anything it harks back to the way architecture used to be taught, back before the age of iconic buildings and starchitects. You know, when cities and towns were built to be livable and beautiful.

Despite having graduated from an architecture program, I don't feel significantly more capable of constructing my own building than before I started. Most contemporary architecture programs, in my experience, are very insular, with little regard for preparing students for the real world. Hundreds of years back, I'm sure every young adult was capable of putting up their own cabin, but after completing a specialized architecture degree, it's pretty inexcusable that I can't say the same for myself and my fellow students. The studio model, where young students are given imaginary briefs and essentially allowed to exercise their every whim and fancy, it doesn't teach anything. Maybe a little graphic design skill, maybe how best to hoodwink a roomful of critics. It definitely doesn't result in well thought-out buildings which pay due attention to context and user needs, and it results in an atmosphere of one-upmanship. I'd encourage camaraderie between students, faculty, and critics. I wouldn't my students to experience the ill will and rudeness so common in most architecture schools. The goal would be fostering an environment of enlightenment and understanding, not an autocratic regime.

At my school, I'm not sure I'd let students get anywhere near creating their own briefs until long after I'm convinced they've mastered the basics. Carpentry and masonry would certainly be in the program. We'd start with precedent studies and scale models and then go out and build cabins by hand, starting with small one-room structures and make our way up from there. This way students would have a proper understanding of how buildings are put together before they put pen to paper. While we're on the subject of scale, I should mention that there'd be a strict six-story limit to designs. Minus the odd church steeple, no building needs to go higher in 99.9% of the world's cities.

Students would be taught how to effectively navigate the quagmire of politics and planning, and to be socially and culturally engaged. An appreciation of old buildings would be paramount, as would the preservation of them. The program would also encourage an understanding of the business side of building. Perhaps there'd be courses on being a developer/architect, as this is an effective way to bypass the often contradictory aims of developers, for whom quality architecture may not be a priority. Some developers who do care, however, like I'on Group's Vince Graham and Seaside's Robert S. Davis, would be good mentors for this.

I'd be Chairman of my school, of course, but I'd tap someone like Peter Buchanan to help me run the place and to devise a program, which would be regularly evaluated. Books like Jane Jacob's The Death and Life of Great American Cities would be required reading and I'd hire who I consider to be the most thoughtful people in the professions to teach. Some obvious choices are Andrés Duany, Jan Gehl, Jeff Speck, and Ross Chapin to cover town planning, urban design, and transportation. Richard Florida would be an excellent choice for urban theory and economics. It would also be great to have an architecturally minded creative artist like Patrick Dougherty involved in some capacity. Some of the other choices are tricky, however. Many of the greats who I'd love to be involved, like Christopher Alexander, are all but retired. Obviously I'd need to be put in a lot more effort to find the most appropriate individuals.

The actual architecture department choice would be the most difficult, because I'm not especially fond of most living architects. Therefore this is a department where my own involvement would have to be greatest, but I'd collaborate with architects I respect like Mickey Muennig, James Hubbell and Sim Van der Ryn. Maybe someone from Olson Kundig Architects, Arkin Tilt Architects, or Bohlin Cywinski Jackson, who sometimes get close on certain projects. But boy do I wish someone in the vain of turn of the century architects like Charles and Henry Greene, Bernard Maybeck, Antoni Gaudí, and Frank Lloyd Wright were still around, not to mention those who lived hundreds of years ago like Christopher Wren, or Victorian masters like George Gilbert Scott, Charles Berry, or Samuel and Joseph Newsom. But one shouldn't dwell too long on the past.

While my school would not be traditional, I certainly think it would be beneficial to have a few traditional architects on board, for their greater understanding of the nuances of what made traditional buildings so attractive. Contenders include Bobby McAlpine, Robert A.M. Stern, and Robert Lamb Hart. All the Roberts are a coincidence, I swear! Another tough category to fill would be history, as legends such as Vincent Scully are retired, and I'm not too familiar with contemporary architectural historians. My choices would be individuals with an innate understanding of pre-WWII architecture. It would probably be useful to have Paul Goldberger or some other architecture critic come in to help the students think critically. Certainly someone with a strong voice and not shy of controversy. James Howard Kunstler might be ideal. He's definitely someone with a unique voice and strong conviction. 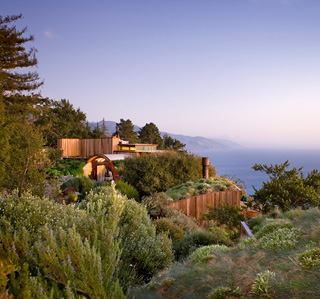 Logistically, I think the best location would be somewhere on the West Coast of the United States. Europe is far too entrenched in modernism, too conservative and bureaucratic, and maybe something similar could be said about the East Coast. The West Coast is different, however. More open and with a strong tradition of running against the pack, California in particular. Sure it's strongly connected with modernism, but it's also the heart of progressive thinking. You may be aware of the handmade house movement, which I've recently had the pleasure to read about in the book Handmade Houses by Richard Olsen. This movement had its base in the Bay Area and Big Sur, places which to this day have a more open and daring attitude than perhaps anywhere else in the Western world. I can't think of a better location for my school. And to be a little objective, I admit it's also a place which could do with a little priority adjustment, by which I'm referring to California's infatuation with cars. But the recent push for high-speed rail, and mixed-use development creeping in to Los Angeles, shows that just maybe the car is losing its grip. It could be an excellent opportunity to be involved in that push. Confronting this head-on, and involving students, is an exciting prospect.

More important even than the people involved, however, will be the mission. Beauty, beauty, and beauty. Just because it annoys me how taboo the word is, I'll say it again: beauty. It'll be essential to instill students with a sense of beauty, and it'd be at the core of the curriculum. The purpose being to fill the world with architects who can design great everyday buildings, the glue that holds cities and streets together. Their expertise would not necessarily be eye-catching monuments or the iconoclastic or bombastic stuff that grabs headlines, but the environments we interact with on a daily basis. The little nooks and moments that make people fall in love with a city. Students with a "I want to do something crazy just for the sake of craziness" mindset would be strictly discouraged. Good architecture isn't about innovation of form. Unless as a species we undergo some tremendous biological evolution in the near future, what's the point of innovating in our built environment? On the contrary, if anything we've innovated way too much in the past several decades and should rewind the clock. Adapting floor plans to better suit modern lifestyles, yes, but not this constant quest for the next iconic building.

Maybe there needs to be some innovation in the architectural business model, to make architects relevant again, but innovation doesn't yield beauty. The ultimate beauty, nature, hardly innovates at all. Evolution is so slow it's barely perceptible. One of my favorite architecture styles, Victorian, did evolve, but over the course of decades, and certainly not on a project-by-project timeframe. The general public already has a hard time identifying with architects, who they hold responsible for all the junk we've built over the past several decades. My students would be taught to make beautiful buildings that the public can love again. Now where did I stash those millions I'll need to make my school a reality...