Re-visioning neighborhood and the city, then and now

Today's efforts to recreate elements of the city, of whatever prescription of urbanism (e.g. "new", "landscape" or "ecological") often turn on issues once considered in design competitions long forgotten.

Central to such efforts, new or old, is the relationship of a city segment to the surrounding urban area and the role of public streets in the integration process between neighborhood and city.

A sometimes overlooked legacy can be rediscovered in the Chicago of 100 years ago, where a still-relevant competition once summarized by Lewis Mumford centered on integrating neighborhood housing with "markets, schools, churches, and other institutions that serve the local area rather than the city as a whole".

In December 1912, the City Club of Chicago staged a competition for the design of a quarter-section of the Chicago grid. The effort was later documented by Alfred B. Yeomans, a Chicago landscape architect who edited the competition's publication in 1916. He acknowledged new attention to the planned development of the local area premised on the increasingly comprehensive role of the street. He noted that the "purely mechanical extension of existing street systems is giving way to scientific methods of development based on a careful study of the probable economic, social and aesthetic needs of prospective inhabitants".

The various entries stressed the fundamental role of the street in integrating city and neighborhood.

Several of the entries emphasized the role of the local street system and public open spaces. The first prize entry, by Chicago architect Wilhelm Bernhard, contained a community center and stressed deterrence of through traffic from surrounding Chicago. Arthur C. Comey, the second-prize winner, employed the English allotment garden within blocks, with houses facing inward, an intermediate street system for local use, recreation spaces, and buildings grouped about small parks.

Other entries took up more directly the question of integration with the surrounding city, thereby starting a debate on the worth of isolated communities at variance with the surrounding grid. This debate has never fully resolved, especially as modes of transportation expand, while contemporary thinking increasingly emphasizes the relationship and proximity of home to work. 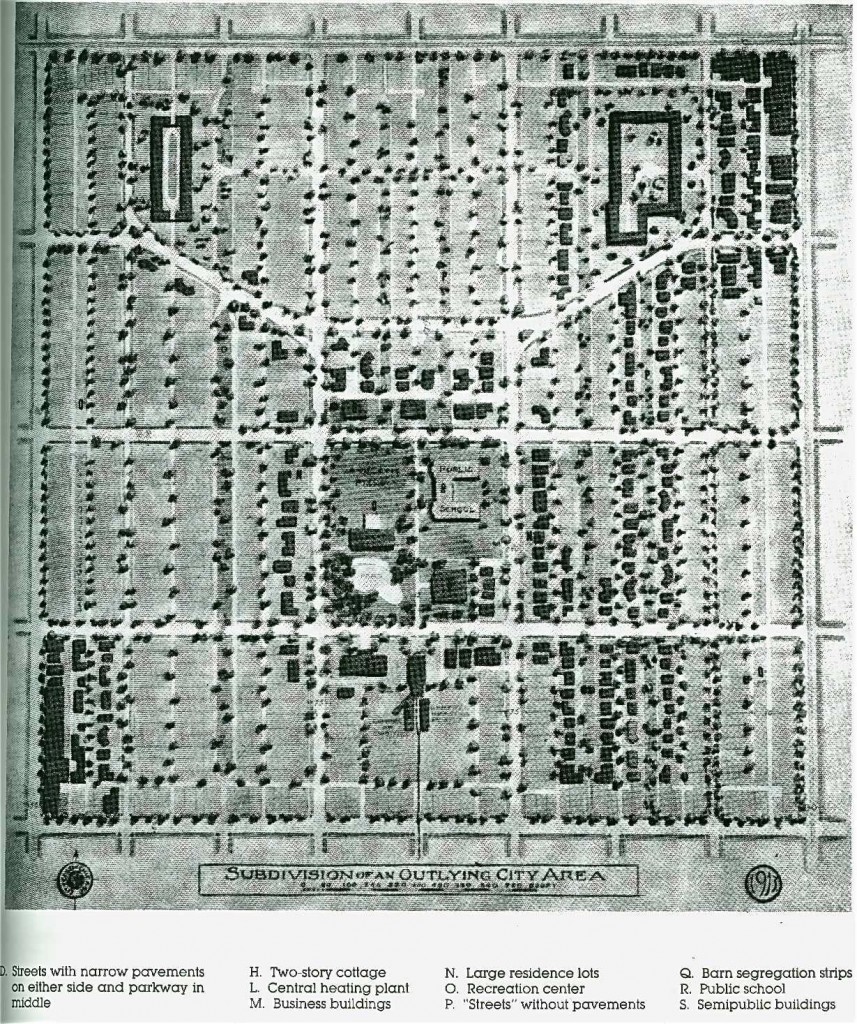 In particular, landscape architect G.B. Cone noted that the proposed neighborhood was not destined to exist independent of Chicago's entirety. He argued for retention of the gridiron throughout, foreshadowing today's defenders of continuity within the grid and implying that the imposition of a curvilinear scheme would negatively isolate the community from the prevailing pattern of development. Nonetheless, he emphasized the use of interior-block open space and the community center. 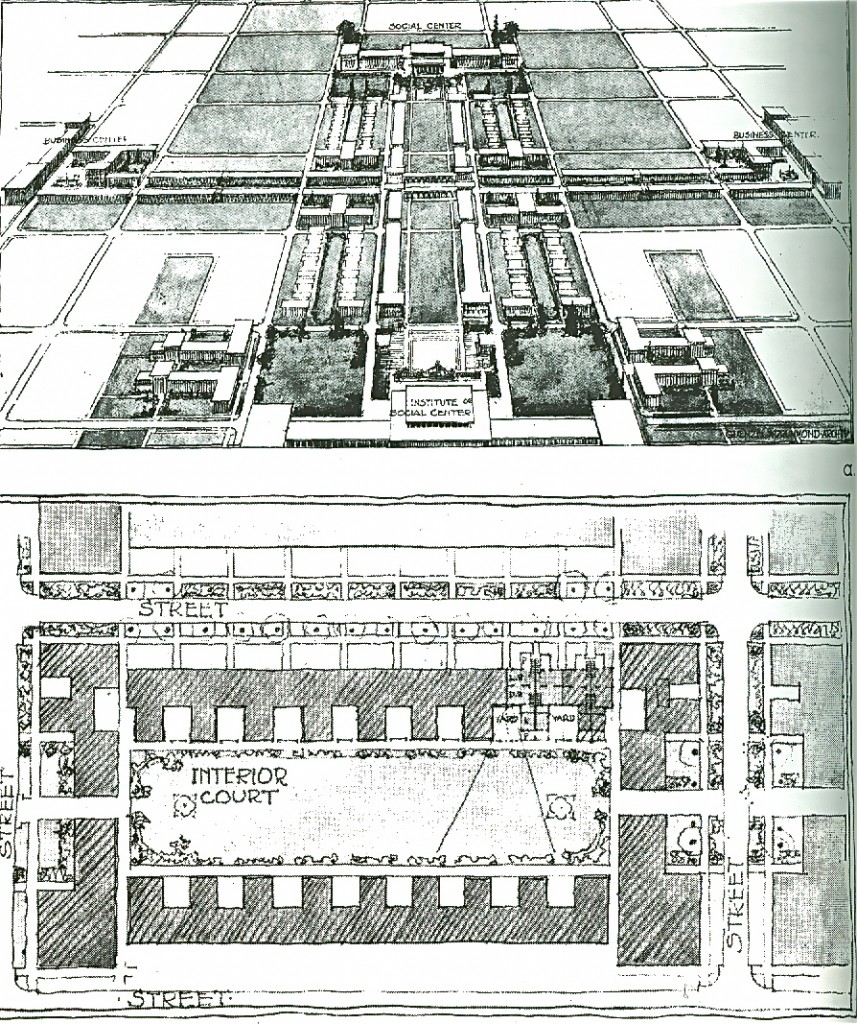 Similarly, William Drummond, a Prairie School architect and disciple of Frank Lloyd Wright, proposed grid-based "neighborhood units" (well prior to large-scale adoption of the concept by Clarence Perry and others) with allotment gardens and interior courts.

These designs were but a fraction of the Chicago competition's entries. Yet they exhibited best the perceptive synthesis of reform ideals and site planning sensitive to the uses of the street within the new arena of the urban neighborhood.

In response to such efforts, the competition provided a "Sociological Review of the Plans" by Dr. Carol Aronovici, then director of the Bureau of Social Research of Philadelphia, and a lecturer on housing and town planning at the University of Pennsylvania. Aronovici cautioned that the new, local street plans within specific areas should not proceed without determination of "the relationship that this area is intended to bear to the whole".

Aronovici, like many of today's urbanists, saw virtue in the grid. He viewed the abandonment of the gridiron street system as a possible symptom of an "artificial and radical" attempt to set the planned community off from its surroundings. He urged the location of public and semi-public buildings on the
community's periphery rather than grouped about local community centers, so as to preserve contacts with adjacent neighborhoods. Finally, he perceptively identified problems inherent in public regulation and ownership of inner block open spaces and saw the necessity of assuming community maintenance of public areas:

The whole question of "shut-in spaces," whether they be parks, playgrounds or allotment gardens, is one that should be carefully weighed. The line of cleavage between public and private ownership, between public and private maintenance, should be sharply drawn. While I am heartily in favor of extending the bounds of public ownership, I am opposed to common ownership that is not coupled with common responsibility.

In the spirit of both deja vu and amnesia (concepts combined by American actor/writer Stephen Wright), the debates of the legacy Chicago competition continue, 100 years later, as the dialogue on streets and neighborhood-urban area integration lives on.