What's the Point of Taking the Tour de France to a City That Already Cycles?

It's a year since the world's greatest cycle race kicked off in Britain and 'Tour fever' swept the country.  From the hills of the north York moors, to the streets of London, millions turned out hoping to catch a glimpse of their favourite Tour de France rider flash past. 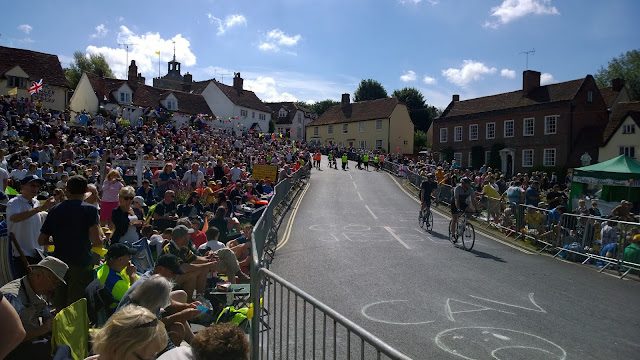 Thousands of spectators packed the tiny Essex village of Finchingfield to watch Le Tour pass by in 2014.  With roads closed for miles around, most arrived by bicycle (including me!)

Everything has to have a "legacy" these days (thank you, London 2012) and the Grand Depart in Britain was no exception. Echoing last year's route, members of the public can now emulate their cycling heroes and ride Britain's hills alongside pro riders in the Tour de Yorkshire, encouraging more people to take to their bikes.  There was even a Knighthood for Grand Depart organiser Gary Verity.

This Saturday the Tour de France is heading north once more, this time starting in the Dutch city of Utrecht.  Home to canals, festivals and Miffy the bunny, it's a compact and charming university city stuffed with cycle tracks and people on bikes.  So, in a city that already has a mainstream cycling culture, will the Grand Depart be all of that big deal for the Dutch? 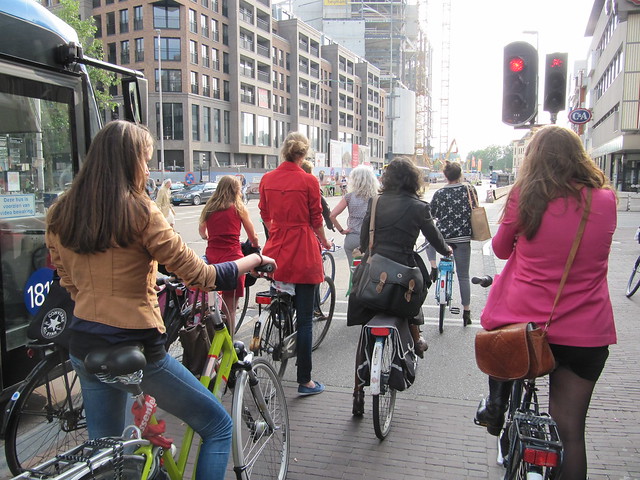 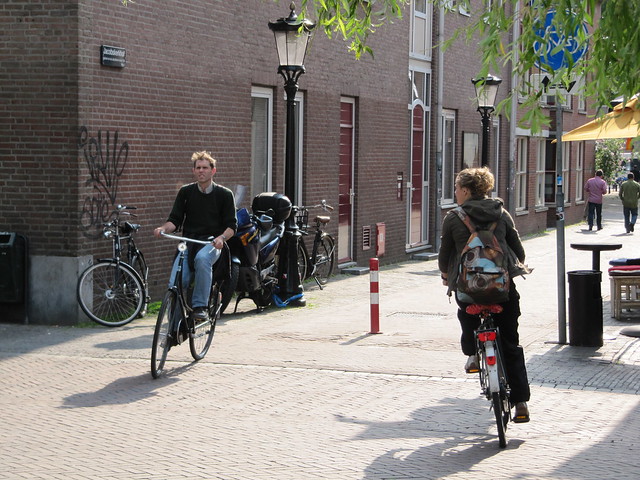 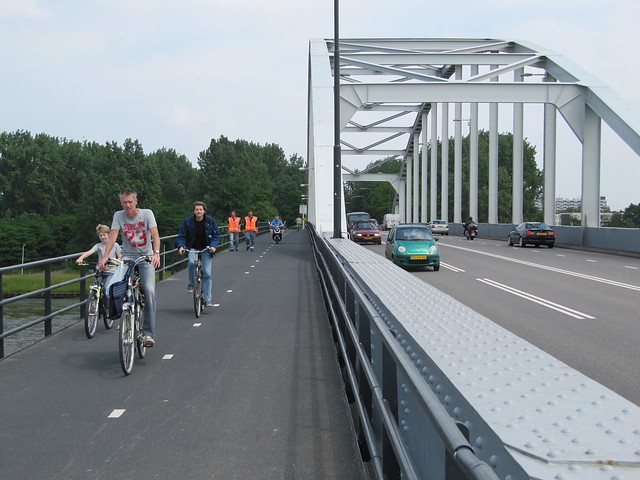 'Cyclists' riding in Utrecht, where the Tour de France will begin this weekend.

I've heard cycle campaigners on both sides of the equation disparaging sports cycling in mass cycling countries.  On one hand, the argument goes that sports cycling is all well and good but it is not the "right kind" of journey by bike that cities so desire.  On the other, some dedicated roadies discredit cycling provision in case it detracts from their right to ride as quickly as they can.  I can see merits in both arguments, but on the ground in successful cycling cities the reality is very different.

Sports cycling is alive and well in the Netherlands (as multi-time world champion and Olympic gold medallist Marianne Vos and 2014 Tour de France stage winner Lars Boom attest) and there is no shortage of people pulling on their lycra on a Saturday morning to head out for a long spin in to the country.

The Dutch use bikes like we use cars and buses; it is an everyday and ordinary activity.  So it seems perfectly natural that their language makes a distinction between 'being a person who uses a bike' and 'being a cyclist'. A fietser is someone who uses a fiets (a bicycle) whereas someone with all the kit and the fancy sports bike is called wielrenner, literally a 'wheel runner'.  When the Dutch say cyclists don't wear helmets or special gear they mean it sincerely as 'fietser' is only ever a description of someone using a Dutch bike going about their day in a very ordinary way.  This is not to say sports cyclists don't exist in the Netherlands and people aren't out there in all their kit putting in the miles.

As this video by Mark from the always excellent BicycleDutch blog demonstrates, the cycle tracks of the Netherlands are home to plenty of wielrenner.  The reason you don't see them so much in bike blogs and photographs about the country is that they are somewhat obscured by the everyday and ordinary fietser all around them, much as Britain's sports cyclists are overwhelmed by the everyday and ordinary car journeys going on around them.

I can't help but feel that if we had the same linguistic distinction here in the UK, perhaps Transport for London wouldn't have dipped in to the cycling safety budget to the tune of £6million in order to host the Tour last year, instead of spending that money on making roads safer for bike riders of every hue.  (Rumours abound that TfL bosses, keen to spend the cycle budget on anything other than actual changes on the road, are keen to lure the Grand Depart to London again soon)  If we had the same linguistic distinction between cyclists and cyclists as the Dutch do, perhaps there might be a clearer understanding of what is needed to bring about those everyday and ordinary journeys by bike?

Utrecht is a beautiful energetic cycling city and I have no doubt it will give Le Tour a fantastic send off this weekend, heralding a summer of brilliant cycle racing.  It would be interesting to see - once the professional wielrenner have wheeled out of town - how Utrecht carries on being an everyday and ordinary successful cycling city; it could be a 'legacy lesson' for us all.