Visual Adventures of the Urban Bicycle 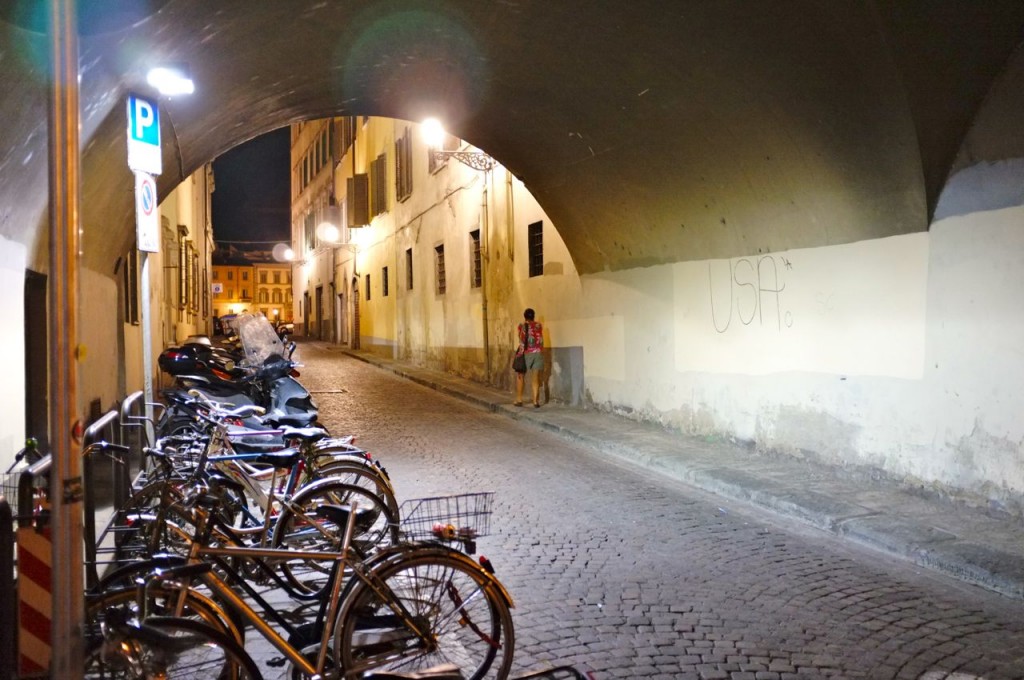 Today, across the world, in multiple contexts, the allure of the bicycle knows no bounds.

Commencing with the atmosphere of Florence, at night above, the images presented here provide multiple examples of the urban bicycle in practice, whether whimsical, functional or historical. 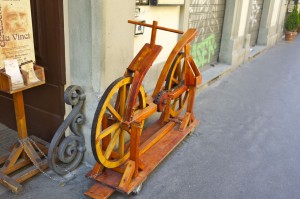 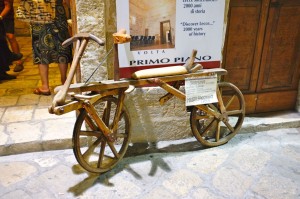 In European cities, original, wooden velocipedes are often on display. 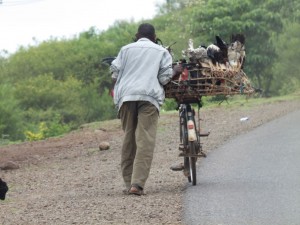 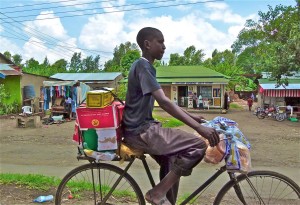 In developing nations, bicycles not only transport people, but commodities to market. 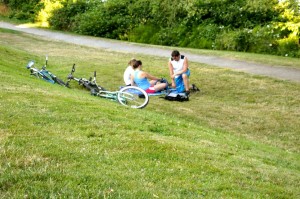 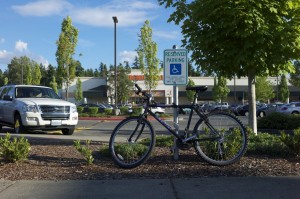 In both cities and suburbs, bicycles stand in waiting for riders to complete business or pleasure. 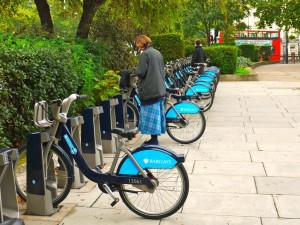 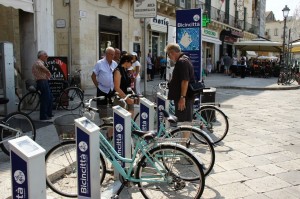 From London to Lecce (in Southern Italy), bicycle sharing opportunities are on the rise. 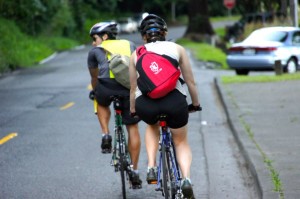 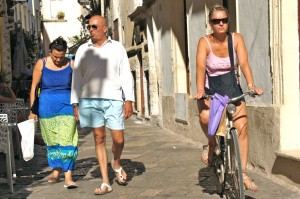 Bicycles share the road on city streets, be they wide or narrow. 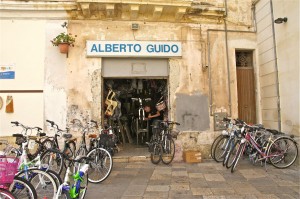 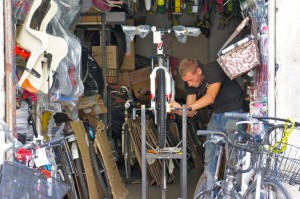 Where bicycles are prevalent, they must be repaired. 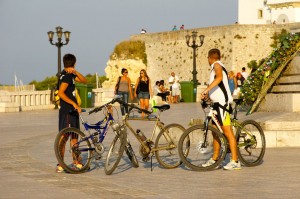 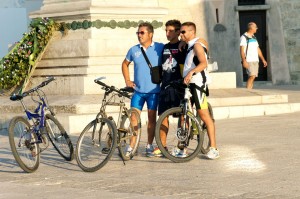 Bicycle riders both pose and admire as a matter of course. 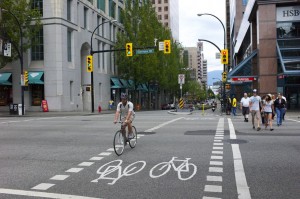 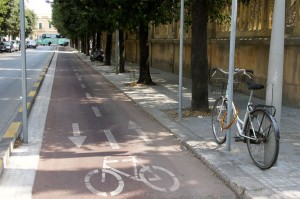 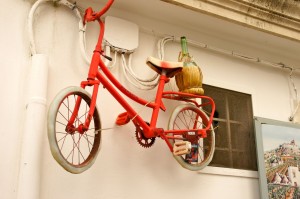 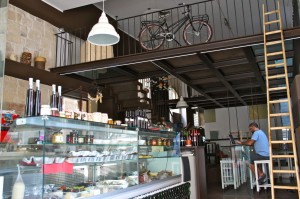 Look up and you may see bicycles. 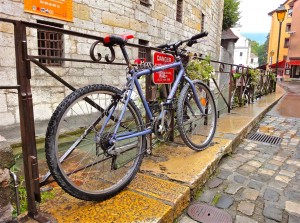 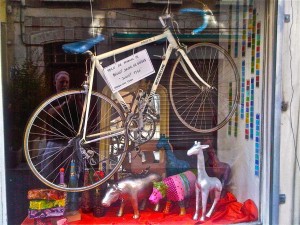 Display of both ordinary and famous bicycles is not uncommon. 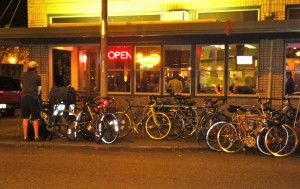 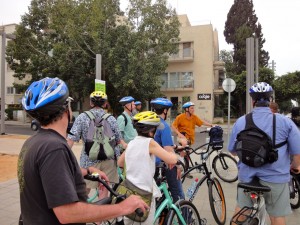 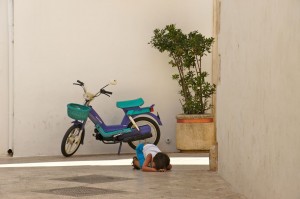 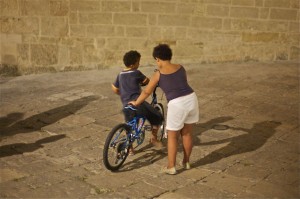 Children play both on bicycles and nearby. 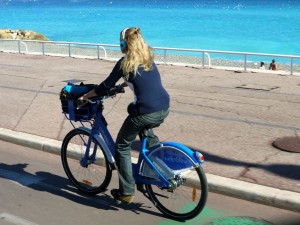 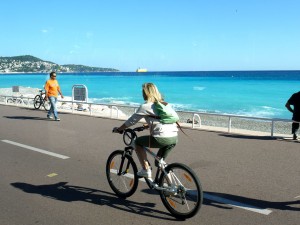 Amenities can be an important sidelight of urban bicycling in waterfront cities. 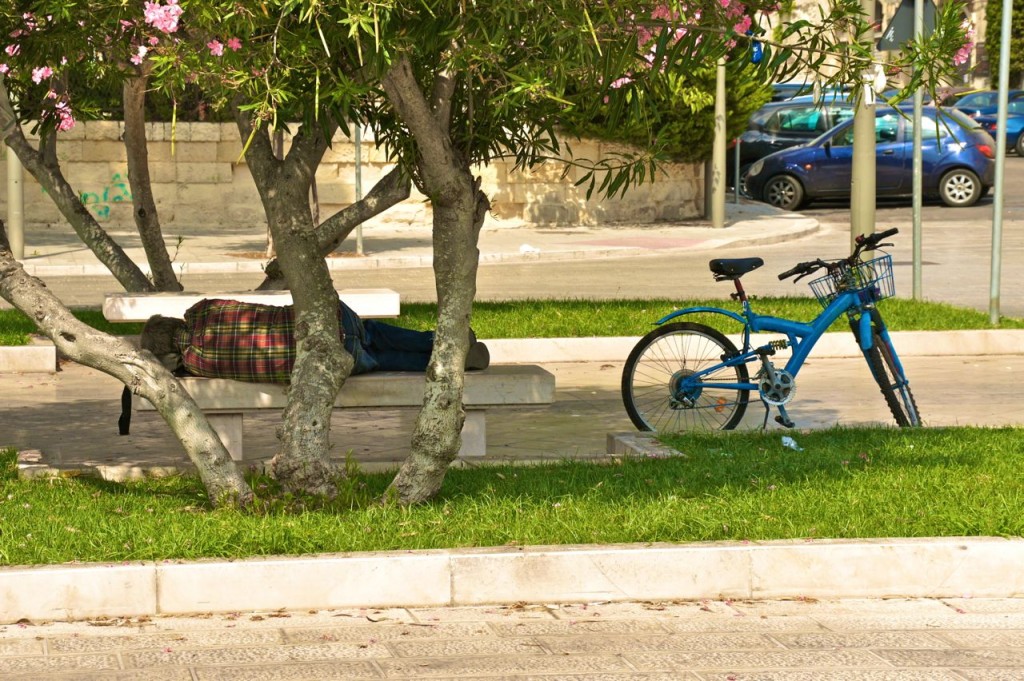 Finally, at day's end, a bicycle can stand guard over the napping rider.

All images composed by the author in Canada, France, Great Britain, Israel, Italy, Tanzania and the United States. Click on each image for more detail.