Sprawl: The Washington Post Misses the Point on Suburban Roads 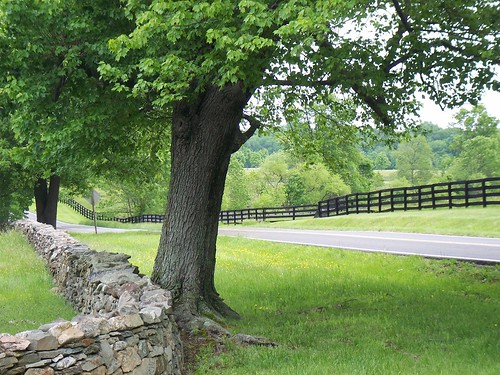 Loudoun County was once one of the most beautiful in Virginia.  It was characterized by rolling hills, horse farms, other working lands, historic towns and hamlets dating back centuries, a modest mountain or two, streams here and there, and scenic, winding roads.  To the visitor, it seemed bucolic, a place of rural peace.

I would say that it felt that way as recently as twenty years ago.  Parts of it still feel that way, though now one may have to turn off the main road onto a smaller one and then onto a still smaller and possibly unpaved one to find the rural character that once defined the whole county.  That is exactly what you have to do to get to my brother-in-law's 40 acres, which could not be more beautiful.

And, according to an article that just appeared in The Washington Post, Loudoun desperately needs more roads to serve all the new development.  In the print edition, the article was headlined "Loudoun's missing roadways: The fast-growing county has been adding people more quickly than streets," and was accompanied by a map showing that a new highway called the Loudoun County Parkway was unfinished. 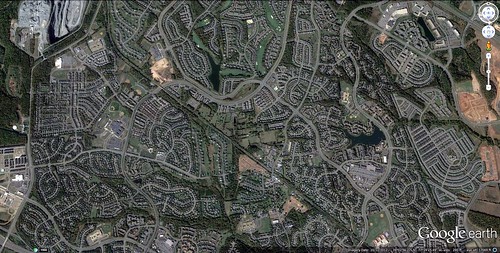 "The county, one of the fastest-growing in the country, is changing so quickly that its roads haven't caught up with all the new buildings and people, yet. There are more than 100 places in Loudoun, county leaders say, where there are missing links — a road starts, it jogs along nicely, then at some point, it stops dead . . .

"[W]hen the housing market slowed and construction got delayed, so did the road projects tied to those subdivisions. That left a problem: Gaps in busy roads as neighborhoods nearby mushroomed."

That's one way of looking at the problem, and I sympathize with anyone who has to navigate through and around traffic jams.  Some road projects on the books may indeed need to be completed.

But here's the thing about building new roads to serve sprawl:  They give some temporary relief to congestion, maybe for as long as five to even ten years in some cases, but then they fill up and themselves become congested, because the new roads make it easier for developers to build and promote more new development.  Study after study has shown that new road capacity enables and invites new traffic. 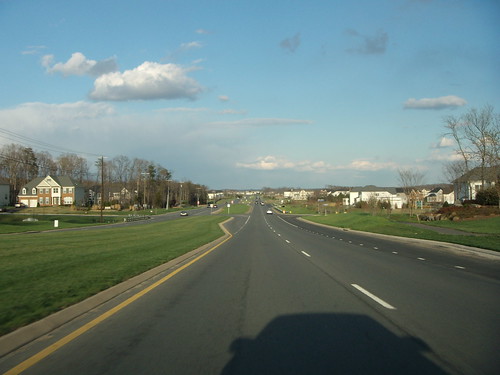 The real problem is not limited to road capacity.  The real problem is that Loudoun authorities have apparently decided to do nothing to stop haphazard sprawl and instead commit to a more orderly pattern of growth centered around connected, walkable communities with at least the possibility of meaningful transit service.  A nonsprawling growth pattern could mean that some trips now made by car would be reachable on foot, and that others would require shorter driving distances, in both cases slowing the growth of traffic on Loudoun's limited road network.  For better or worse, what's done is done; but there are better ways to go about this.

The status quo alternative – to continue to encourage a willy-nilly pattern of development all over the place – will simply exacerbate current problems, continually increase traffic, and require more and more costly infrastructure while continuing to desecrate the landscape and release more and more carbon and other tailpipe emissions into Loudoun's once-famously clean environment.  One commentator has memorably likened the cycle of encouraging new sprawl while the infrastructure debt mounts on the old to a Ponzi scheme in which there is no way out.

Loudoun deserves better.  I was disappointed that the Post article focused only on the "missing roads" and failed to dig deeper into the real causes of the problem.