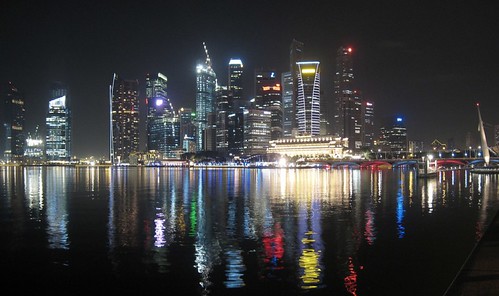 Getting the right city density – generally expressed in the US as people per square mile or homes per acre – to support sustainable and pleasant living is one of the trickiest problems we face as we address the future of our communities.  The typically low densities of suburban sprawl built in the last half of the 20th century, despite their popularity at the time with a considerable share of the market, have been shown by a voluminous body of research to produce unsustainable rates of driving, carbon emissions, pollution, stormwater runoff, and adverse health impacts.

Yet the highest densities can bring their own set of problems, including noise, traffic and even pedestrian congestion (perhaps more a matter of pleasantry than environmental problems per se), local hotspots of runoff and air pollution, and loss of contact with nature, among others.  I've argued repeatedly that, if we want market preferences to continue trending in the direction of walkable sustainability, we must be more sensitive to these concerns.  Finding the right density and accompanying urban features for the right place is critical.

To an extent, this is what the new urbanist transect is about.  I have my issues with the lower-density parts of the transect and with the extent of prescriptiveness in some of the zoning codes it has spawned, but frankly neither the environmental community nor smart growth advocates have even attempted to sort this out. 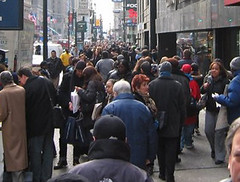 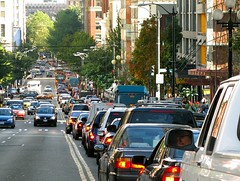 I'm not sure it is fair for us to criticize the best of the answers that is out there so far without coming up with a better alternative.  Indeed, the bulk of our advocacy seems limited to "density + transit + mixed-use + bike lanes + making driving and parking less attractive"; more of each is always better; and the rest is someone else's problem.

I don't see it that way.  In truth, we need more sophisticated and nuanced answers.  They may be elusive and often site-specific, but they are also critical to building a better world for our children, ourselves, and the planet.

Something to bear in mind in our search for those answers is that the same research showing low-density sprawl to be horrible for rates of driving, emissions, and runoff also shows diminishing returns in improving those rates after moderately high densities are reached.  And relatively high-density places can still be unsustainable sprawl, depending on the context.  Myself, I tend to prefer incremental and moderate increases to density in the places that are not already sufficiently dense, and accompanying those increases with important mitigation of density's local impacts. 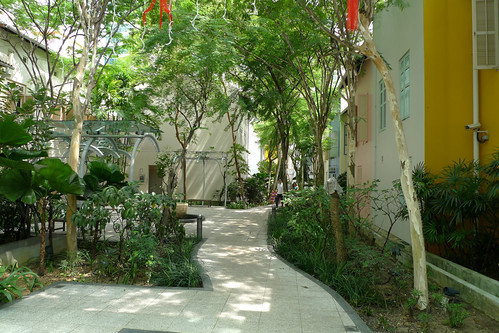 All that said, there are cities and districts that are and will be truly high-density by almost anyone's definition.  What are the things we should include to make those places as sustainable and hospitable as possible?  The Urban Land Institute, an industry association and think tank, has come up with some answers.  The following are from ULI's recently released report, 10 Principles for Livable, High-Density Cities:

ULI says that the ten principles in the publication were developed during two workshops hosted in 2012 by the Singapore Centre for Livable Cities and ULI Asia Pacific, bringing together 62 thought leaders, experts and practitioners from different disciplines related to urban planning and development.