New cities rise all over Chengdu

The sound of new development roars all over Chengdu. One area that is particularly on the uptick is the southeast, just outside the 2nd Ring Road. Not long ago a heavy industrial zone, several former factory sites were cleared to make way for new high-density residential, retail and office development.

Today the area is a gigantic series of noisy, dusty construction sites. Not only is abundant new real estate floor space being built, but the area is making way for two upcoming metro lines: line 2 and line 4. Though only 4.5 km from the city center, the area feels worlds away from the city's historic core. Yet as Chengdu continues to sprawl out, the new development is bound to become part of the urban area within a few years.

One of the large new developments in this area is 24 City, spanning several blocks with a new shopping mall, office and residential towers. The shopping mall and office tower are designed by American architecture firm Callison and is rounding out construction. 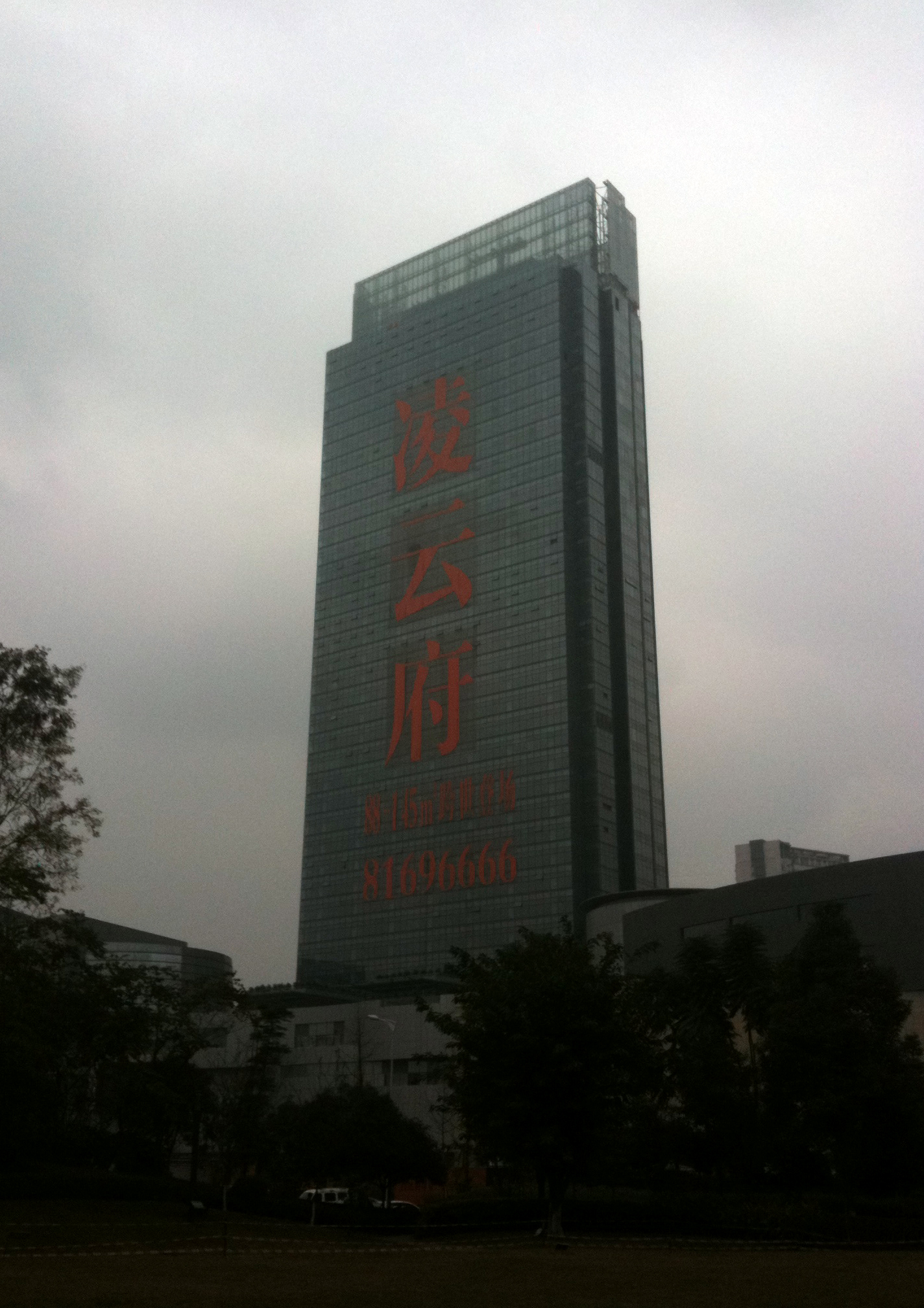 A new office tower rises out of the shopping mall podium

The retail podium topped out with office tower is the standard formula for commercial mixed-use developments across Chengdu (and China). The almost complete buildings are only Phase I, which is planned to be followed by several more phases of retail podium + towers on top.

Across the street from the shopping mall are two new residential compounds with clusters of dozens of tall buildings. A quick peek into one of the sales centers confirmed that the new units have no problem being sold off. Whether intended as speculative investments or primary residences, the investments are bound to payoff as the proximity to the planned subway stops means that this will soon be a convenient area for moving around the city by public transit.

Unfortunately the design of the residential compounds leave much to be desired. On one side, a row of regimented towers lines the adjacent public street, creating an ominous canyon of darkness. The inside of the compound is a much more pleasant environment, with well-kept landscaped grounds punctuated with water features.

Tragically, these areas of respite lay behind electric fences and are for residents only. So, despite giving off the image of 'real' urbanism (dense clusters of high-rise towers), theses developments are no different from the gated communities of sprawling American suburbia. In the end, 24 City is unremarkable in that it follows the same pattern of brand-new development being followed in countless other Chinese cities without breaking any new ground.