The Life and Legacy of Richard Haag, Influential Landscape Architect

The book is organized both thematically and chronologically, starting with Haag's humble upbringing in rural Kentucky. Haag's family was closely tied to the land in their agrarian community of Jeffersontown, and the legacy of successful farmers and growers there "shaped Haag's view of the world as he has described it: living and working with nature as a lover." This mindset intersected with an increasing focus on the scientific understanding of ecological processes that was taking hold in profession just as Haag began learning about it. His curiosity about landscape architecture led him to academia. But despite his extensive education at the University of Illinois, the University of California at Berkeley, and Harvard's Graduate School of Design — as well as his apprenticeships under Modernists Hideo Sasaki and Dan Kiley — Haag remained true to his roots. As Way states, he has been known to frequently quip that one should "never trust a landscape architect without mud on his shoes."

Haag on a tractor / University of Washington Press

Perhaps much of Haag's success can be attributed to the many contrasts he created for himself in his professional life. Though he had a deep tie to his rural hometown, and always sought to return to it, he pursued his interests in Japanese design through a Fulbright scholarship. Way's portrayal of Haag's time in Japan is enough to convince any budding landscape architect to study in Kyoto. He then jumped on the bandwagon of California residential design in the early 1950s and finally headed to the Pacific Northwest where he made a name for himself.

He is portrayed throughout the book as a highly adaptable individual whose design style closely follows suit. Way notes that Haag's teachings in the classroom at The University of Washington, where he founded the landscape architecture department, emphasized landscape architecture as not only a profession, but a life perspective. "In the 1960s, the practice of landscape architecture as a civic engagement that addressed growing concern for the environment and cultural practices offered one of the most exciting opportunities in any design field," Way writes. 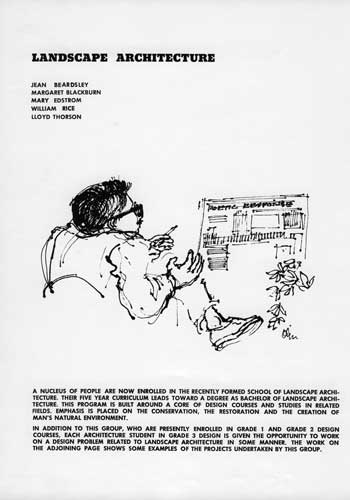 Though Way states it was not necessarily her intention to celebrate Haag's work, it is difficult not to celebrate a landscape architect who has made such significant contributions to the field. Of the many projects highlighted in the book – entire chapters are dedicated to Gas Works Park and Bloedel Reserve – some of the Haag's more fascinating and less recognized contributions are his dedication to the Pacific Northwestern landscape and his use of landform as art.

As fascinated as Haag was by the idea of public place as democratic space, the art of form-making with earth was of equal importance to him in its ability to shape spatial experience, ecological process, and convey infinite narratives. One of his most dramatic use of land forms before the great mound at Gas Works Park was at Jordan Park in Everett, Washington. Using five thousand cubic yards of sand from the recently dredged marina, Haag experimented with this remove-and-reuse process that he would later refine at Gas Works Park. Though the park was demolished in 2008 with the intention to develop the site for mixed residential use, its memory provides a replicable example of one of Haag's most iconic design approaches: "One man's waste is another man's treasure." 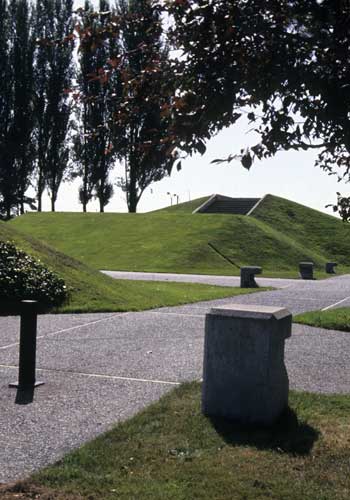 Though his work is not entirely finished, his legacy is already well established. Even at 90, Haag still continues to practice in Seattle, despite Way's reference to him in the past tense. His work continues to provide an alternative to a profession that often still struggles to move away from its perception as a "luxury-oriented practice of garden design."

If anything, Haag's thinking and experimentation related to remediation and reclamation will only become increasingly important to a post-industrial society, making this book, and a deeper consideration of his novel design thinking, a necessity for all landscape architects.