Is the Broadacre City Worth Reviving?

Peter Waldheim of Harvard Graduate School of Design showcases a few historic architectural visions for those who wish to explore integrating agriculture into cities. However interesting this question is, a bright red flag shows up right away in his approach to the issue.

"The categories of agrarian and urban are usually understood as distinct. Across many disciplines, and for centuries, the country and the city have been defined in opposition to one another. But today, in striking contrast, design culture and discourse abound with claims for the potential for urban agriculture. As environmental literacy among designers and scholars has grown, so too has enthusiasm for agricultural production in and around cities. Fueling this trend is rising public interest in food and its production and distribution in a globalized world."

Maybe if it's reiterated "across many disciplines, and for centuries" there's something to it. As I've argued on Grist, the urban and the rural should become oppositional again (not to be confused with being opponents - they need each other). Synthesizing both together may have the sort of Hegelian appeal that's drawn in some academics over the last century, for whom transcending accepted dichotomies is a way of life, but it's less clear whether having one's cake and eating it too works as well in the real world. Sprawl, which is the result of the union, happens to be much less romantic when you're parking your car at Target. So, first of all, I don't know why a simple proposal like growing and distributing food within metropolitan areas has to carry with it such an iconoclastic dismantling of traditionally recognizable forms, but he seems to assume this from the outset.

Waldheim goes on to review some of the prominent modernist attempts at decentralizing the city from the American Frank Lloyd Wright, the German Ludwig Hilberseimer, and the Italian Andrea Branzi. Wrights' utopian scheme of the Broadacre City is probably the most familiar. American settlements would be organized around a network of highways and (underground) power lines, with each citizen-farmer tending to his own acre. A benevolent architect would oversee the arrangement of the whole county. Wright considered cities, as they currently existed, debased beyond all possible reform. They could only dissipate into the countryside. Since Waldheim never comes out and declares a value judgment for any of these 20th century proposals, I couldn't quite tell if he was raising them as fruitful considerations to be built upon or as warning signs, a set of reductio ad absurdum arguments against pureeing our low-density rural and our high-density cities into a mush of placeless mediocrity across the landscape.

A quick background check on Landscape Urbanism suggests that he may seriously be hoping to revive the Broadacre City. When we thought Jane Jacobs had thoroughly shellacked the whole decentralist train of thought back in the 1960s, a few academics have apparently determined that the dictates of avant garde subversiveness actually swing them back into the direction of auto-dependency and vigorous fragmentation of land.

"The Landscape Urbanists, like many free-market defenders of sprawl, seem to think that sprawl is the result of inexorable forces, and did not arise as a result of comprehensible historical choices – choices that can be understood and thereby, to some extent, changed. Indeed, both groups share a remarkable consistency in their laissez-faire attitudes to what is, and what cannot be changed through concerted public action.
Yet the historical record is clear, in the writings of Le Corbusier and others: sprawl was the result of designers' visions of their future, working with industrialists (or, less charitably, as apologists and marketers for industrialists).
Indeed, the Landscape Urbanists' shallow "understanding" of the forces that generated sprawl seem more aimed at constructing a "grand narrative" that declares that nothing is to be done, except to create art. History, precedent, typology – all of these are irrelevant now, and the only relevant force is their own imagination: "avant-gardist architectural practice, an interest in autonomy authorship."

Add to this the fact that the kind of art under consideration here is one that cannot, as a rule, use the term beauty. The ultimate purpose is to challenge preconceived notions, which works for you if you are trying to establish a niche in the global architectural pecking order. But if you happen to be someone living within the scheme, you may just prefer something beautiful and functional as a backdrop to your life - whether or not it has been done before.

Let's go with pictures. Here's two places in my region from the last month: 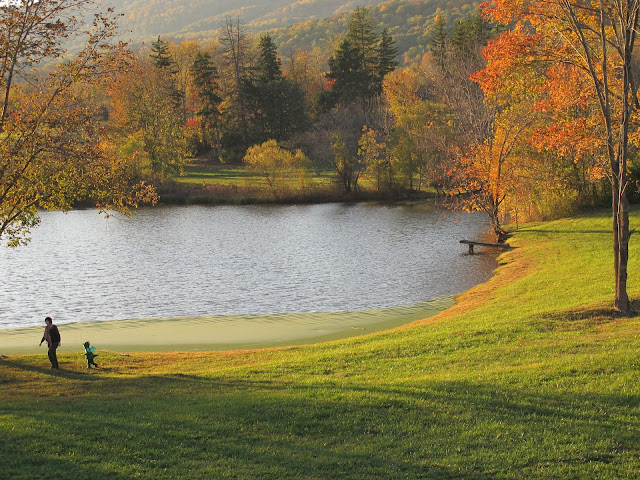 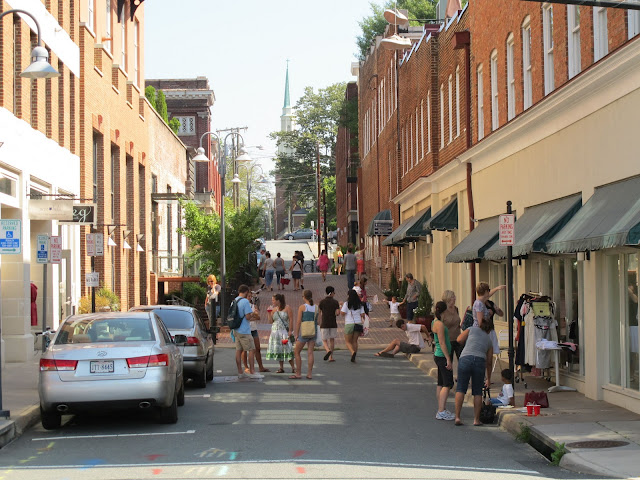 There's an aesthetic presence to each of places that would be lost if they were mashed-up together. Downtown Charlottesville benefits from the vibrancy of human interventions, and the vineyard in Albemarle county from the relative lack thereof.

Frank Lloyd Wright conjured up Broadacre City during the Great Depression, when widespread automobile ownership was just starting to take hold. Perhaps he can be excused for forgetting to draw the acres of parking lots his ubiquitous highways would necessitate, or for undercounting the hard limits, in terms of land and energy resources, his spread-out settlements would run up against. But those of us with the benefit of hindsight should think twice before dusting off the old Broadacre City.