Admittedly, we've only seen a short preview so far, and much can change between design, realisation and release, but it caught my attention. The game plays on an old cinematic/narrative theme, of the lone (anti?) hero pitted against a relentless machine-run state in a pin-sharp simulation of the Chicago Loop. The demo video (above) assaults the senses with intertextualities drawn not only from game worlds (most obviously the Assassin's Creed/Grand Theft Auto open worlds) but also from contemporary cinematic and journalistic anxieties and preoccupations.

In an almost-now Chicago, the city is run by an integrated set of mainframe computers controlled by corporations, and the hero has a smartphone that allows him (and it always seems to be him, doesn't it?) to hack into his surroundings and the devices owned by the other characters, who are cyphers in a vast informational network. Despite the detailed rendering of Chicago's downtown architecture, there's something distinctly postmodern-knowing about the way in which the gameplay signals a city of sensors, networks and symbols: spaces built as much out of informational flows as from physical artefacts. This particular rendition of the city constantly, knowingly, refers back to its own digital origins. It's a virtual space of screens-within-screens, of networked avatars/citizens/bots (and can we tell the difference?) who are occupying a hyperconnected set of situations that can rapidly turn hostile.

From what the designers have said, they're also aiming to build in interactivity that can spill over into the material world through mobile phone/tablet apps. So the game also offers some potential to cross over between the simulated world and the material world.

We are becoming habituated to blurring the boundaries between sensory and digital impressions of places, from Google Maps to GPS. We are also becoming accustomed, through the increasing application of 'augmented reality', to look at where we are from different angles at once, or to drill down through layers of information served up at high speed on mobile devices to find clues about our surroundings in an almost Cubist reality-mashup of multiple perspectives.

The city on screen, the informational city, and the physical worlds are becoming increasingly blurred in a way first most comprehensively identified by William Mitchell in City of Bits, but, now, hyper-accelerated and with far more responsive (and potentially threatening) systems driving the energy/food/transportation/informational universes that we inhabit.

Of course we've seen plenty of this in science fiction before, of simulations within simulations, screens within screens - in the imaginary film worlds of Brazil, Minority Report, Blade Runner, The Matrix, etc. Surveillance anxiety and the consequences of uncovering private data and secret information are clearly not novel themes in fact or fiction. The ways in which technologies become taken for granted, and the ideologies that underpin our assumptions of technological progress, have been extensively explored elsewhere.  But  this game invites the player to act as a neural agent/hacker with the ability to tap into urban infrastructures, both personal and civic, and alter the way the world around us responds.  Presumably this level of interactivity might also allow users to upload clues and missions of their own into the neural net of the city.

Stephen Graham and Simon Marvin are geographers whose work on networked, splintering infrastructures exploded the claimed neutrality/impartiality of the politics of urban planning that lie beneath the smooth surfaces and  highly engineered 'user experiences' of fast informational capitalism. More recently, the growth of what Graham calls military urbanism has revealed the extent to which dystopias and disjunctures are alive in the present, despite rhetorics of smart cities, intelligent grids, and surveillance providing security. 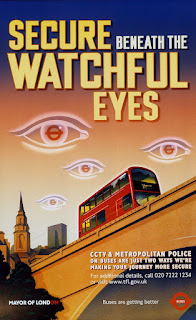 We see some of the unforseen consequences of dependence on automated information management systems in the consequences of high frequency trading and disasters when power grids go down. (Another prompt for this post has been the beginning of discussions with a new doctoral student at HdM Stuttgart, Andrea Braeuning, who is examining concepts around 'smart cities').

The late Tony Scott also tapped into these themes for his fast-paced 2009 remake of 1970s film The Taking of Pelham 123, this time set in an informationalized, post-crash New York City:

Add to this sense of an edge-of-chaos informational city - only just under control - what could well be justified paranoia about the mass of data held about us by corporations, governments, the security services and informational policing - and it's not a big leap back to some of the popular concerns of the 60s and 70s about the consequences of automation and cybernetics and the alienation and anxiety that might be produced as a result.

I'm also reminded of the short-lived QDOS online ranking service promoted by cybersecurity company garlik.com (beloved of financial services companies and those anxious about identity theft) which was promoted in this slightly odd video back in 2007.

What is flagged here is the extent to which our physical security may well depend on data security in the future - information literally is power - and why we should be concerned about the control, governance and trading of that information. We still inhabit biological ecologies, but we are increasingly dependent on  electrical/informational ecologies for survival, a theme explored on film in Godfrey Reggio's work, which grew out of the Institute for Regional Education (sadly I can't find any of the early pre Qatsi-series IRE films online, as they illustrate these themes very well).

Although in Watch Dogs virtual Chicago and its unfortunate virtual inhabitants have been given a bludgeoning makeover to fulfil the destructive fantasies of habitual gamers, and plenty of cinematic gloss,  I imagine that the game might also offer possibilities to work through its scenarios informationally rather than violently. However - and this is novel - a key mechanism of the game involves unleashing violence through informational control.  The player becomes the private investigator, the hacker, the vigilante, the seeker in a world of hidden threats, urban noir and whispers. It's a long way back to Fritz Lang and Weimar Germany, but I can't help thinking that there's a connection between the way in which 'M' explores how the density of urban contact amplifies narratives of fear and terror, and the way in which this post-millienial interactive fiction might unfold.


An interview with James Morin, the creative director of the project, in the Guardian, explains the way in which the design team is approaching the notion of medium/message mashup : "...that's exactly what we are trying to pull off: the online metaphor is online! We want to talk about the internet and the way it affects our lives and we can do it in a way that no other game can. That's what lead us to the cross-platform aspect. It opens all sorts of really crazy doors for us."

There's a tradition in strategy games of simulated urban infrastructures, from SimCity and Grand Theft Auto to the various transportation/urban design applications that are out there. In this game, the infrastructure can be turned against the city's inhabitants - to devastating effect - conjuring images from disaster movies and unleashing apocalyptic terror. None of these effects are original by themselves, but it's the way the game mashes up different genres that offers some interesting representations of and insights on the world that we may be coming to inhabit, in a way that doesn't seem to distance the viewer from the imagined world, in contrast to previous generations of darkly humorous and dystopian open world games such as the Fallout series.


So Watch Dogs presents a glittering, iridescent city of surfaces, a city of dark possibilities which, realised in the everday world would really not be pleasant, if you happened to be on the receiving end of militarized public intervention, caught up in urban guerilla warfare, or a victim of a determined lone gunman (or hacker).

Will games like Watch Dogs prompt questions about, or habituate us to the more dystopian potentials of the contemporary 'smart city'?  Will this next generation of 'smart games' perhaps stimulate a debate, within a popular cultural space, about the extent to which the contemporary world remains an iron cage - in which the apparent benefits of networked identities in a hyper-technologized world are double-edged, ambiguous, and slippery? 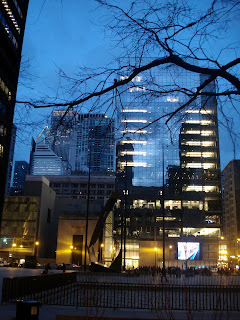 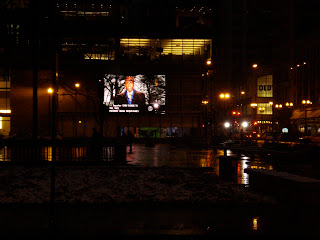 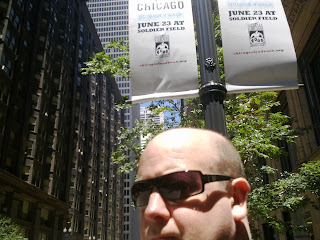