Five roads to a Smarter City 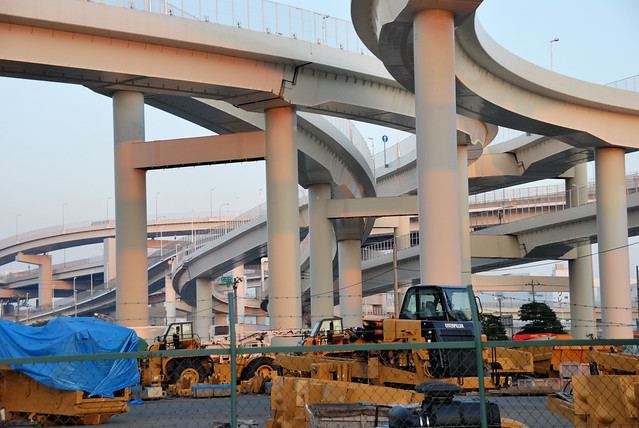 (Photo of Daikoku junction by Ykanazawa1999

Recently, I discussed the ways in which cities are formulating  "Smarter City" visions and the programmes to deliver them. Such cross-city approaches are clearly what's required in order to have a transformative effect across an entire city.

However, whilst some cities have undergone dramatic changes – or have been built as "Smarter" cities in the first place as in the case of the famous Masdar project in Abu Dhabi – most cities are making progress one step at a time.

Four patterns have emerged in how they are doing so. Each pattern is potentially replicable by other cities; and each represents a proven approach that can be used as part of a wider cross-city plan.

I'll start at the beginning, though, and describe what's hard about cross-city transformations – because they are hard to envision and deliver. Understanding why that's so will give us an insight into which simpler, smaller-scale approaches can succeed – and why.

What's so hard about a Smarter City?

Cities are complex ecosystems of people and organisations which need to work together to create and deliver Smarter City visions. Bringing them together to act in that way is difficult and time-consuming. 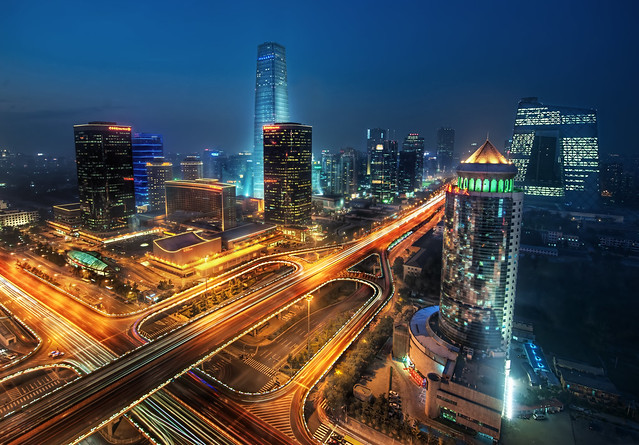 (Photo of Beijing by Trey Ratcliff)

Even where a city community has the time and willingness to do that, the fragmented nature of city systems makes it hard to agree a joint approach. Particularly in Europe and the UK, budgets and responsibilities are split between agenices; and services such as utilities and transport are contracted out and subject to performance measures that cannot easily be changed. Agreeing the objectives and priorities for a Smarter City vision in this context is hard enough; agreeing the financing mechanisms to fund programmes to deliver them is even more difficult.

Some of the cities that have made the most progress so far in Smarter City transformations have done so in part because they do not face these challenges – either because they are new-build cities like Masdar, or because they have more hierarchical systems of governance, such as Guangzhou in China. In other cases, critical challenges or unusual opportunities provide the impetus to act – for example in Rio, where an incredible cross-city operations centre has been implemented in preparation for the 2014 World cup and 2016 Olympics.

Elsewhere, cities must spend time and effort building a consensus. San Francisco, Dublin and Sunderland are amongst those who began that process some time ago.

But city-wide transformations are not the only approach to changing the way that cities work – they are just one of the five roads to a Smarter City. Four other approaches have been shown to work; and in many cases they are more straightforward as they are contained within individual domains of a city; or exploit changes that are taking place anyway.

Many cities in the UK and Europe are supported by transport and utility systems whose physical infrastructure is decades old. As urban populations rise and the pace of living increases, these systems are under increasing pressure. "Smarter" concepts and technologies can improve their efficiency and resilience whilst minimising the need to upgrade and expand them physically. 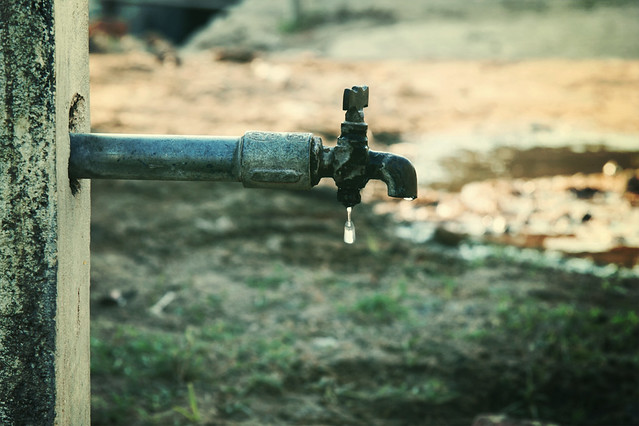 (Photo of a leaking tap by Vinoth Chandar. A project in Dubuque, Iowa showed that a community scheme involving smart meters and shared finances had a significant effect improving the repair of water leaks.)

In South Bend, Indiana, for example, an analytic system helps to predict and prevent wastewater overflows by more intelligently managing the existing infrastructure. The city estimates that they have avoided the need to invest in hundreds of millions of dollars of upgrades to the physical capacity of the infrastructure as a result. In Stockholm, a road-use charging system has significantly reduced congestion and improved environmental quality. In both cases, the systems have direct financial benefits that can be used to justify their cost.

These are just two examples of initiatives that offer a simplified approach to Smarter Cities; they deliver city-wide benefits but their implementation is within the sphere of a single organisation's responsibility and finances.

Environments such as sports stadiums, University campuses, business parks, ports and airports, shopping malls or retirement communities are cities in microcosm. Within them, operational authority and budgetary control across systems such as safety, transportation and communication usually reside with a single organisation. This can make it more straightforward to invest in a technology platform to provide insight into how those systems are operating together – as the Miami Dolphins have done in their Sun Life Stadium.

Other examples of such Smarter "micro-Cities" include the iPark industrial estate in Wuxi, China where a Cloud computing platform provides shared support services to small businesses; and the Louvre museum in Paris where "Intelligent Building" technology controls the performance of the environmental systems that protect the museum's visitors and exhibits.

(Photo of the Louvre exhibition "'The Golden Antiquity. Innovations and resistance in the 18th century" from the IBM press release for the Louvre project)

Improving the operation of such "micro-cities" can have a significant impact on the  cities and regions in which they are located – they are often major contributors to the economy and environment.

Across the world demographic and financial pressures are causing transformative change in public sector. City and regional leaders have said that their organisations are facing unprecedented challenges. In the UK it is estimated that nearly 900,000 public sector jobs will be lost over 5 years - approximately 3% of national employment.

In order to reduce costs whilst minimising impact to frontline services, many public sector agencies are making arrangements to share the delivery of common administrative services with each other, such as human resources, procurement, finance and customer relationship management.

Often these arrangements are being made locally between organisations that know and trust each other because they have a long history of working together. Sharing services means sharing business applications, IT platforms, and data; as town and village councils did in the Municipal Shared Services Cloud project.

As a result shared IT platforms with co-located information and applications are now deployed in many cities and regions. Smarter City systems depend on access to such information. Sunderland City Council are very aware of this; their CEO and CIO have both spoken about the opportunity for the City Cloud they are deploying to provide information to support public and private-sector innovation. Such platforms are an important enabler for the last trend I'd like to discuss: open data. 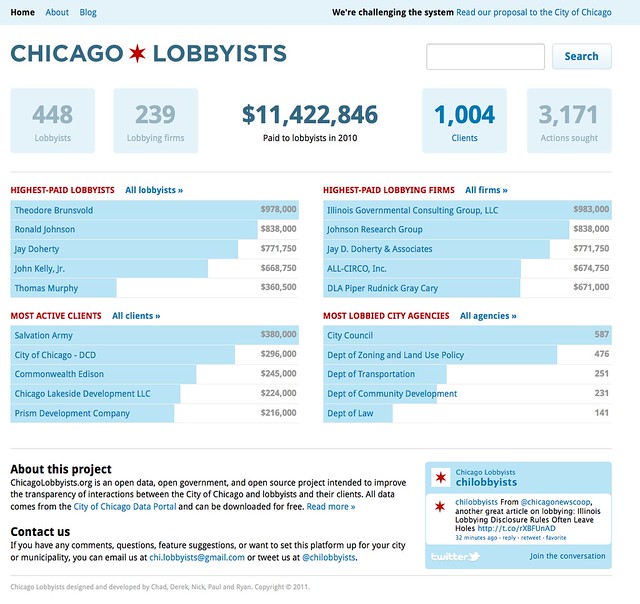 The open data movement lobbies for information from public systems to be made openly available and transparent, in order that citizens and entrepreneurial businesses can find new ways to use it.

In cities such as Chicago (pictured on the left) and Dublin, open data platforms have resulted in the creation of "Apps" that provide useful information and services to citizens; and in the formation of startup companies with new, data-based business models.

There are many challenges and costs involved in providing good quality, usable open data to city communities; but the shared service platforms I've described can help to overcome them, and provide the infrastructure for the market-based innovations in city systems that can lead to sustainable economic growth.

All of these approaches can succeed as independent Smarter City initiatives, or as contributions to an overall city-wide plan. The last two in particular seem to be widely applicable. Demographics and economics are driving an inevitable transformation to shared services in public sector; and the open data movement and the phenomenon of "civic hacking" demonstrate the willingness and capability of communities to use technology to create innovations in city systems.

As a result, technology vendors, local authorities and city communities have an exciting opportunity to collaborate. The former have the ability to deliver the robust, scalable, secure infrastructures required to provide and protect information about cities and individual citizens; the latter have the ability to use those platforms to create local innovations in business and service delivery.

At the 3rd EU Summit on Future Internet in Helsinki earlier this year, Juanjo Hierro, Chief Architect for the FI-WARE "future internet platform" project and Chief Technologist for Telefonica, addressed this topic and identified the specific challenges that civic hackers face that could be addressed by such city information infrastructures; he included real-time access to information from physical city infrastructures; tools for analysing "big data"; and access to technologies to ensure privacy and trust.

Cities such as Sunderland, Birmingham, Dublin, Chicago and San Francisco are amongst those investing in such platforms, and in programmes to engage with communities to stimulate innovation in city systems. Working together, they are taking impressive steps towards making cities smarter.