How Retrofitting a California Suburb for Walkability Is Spurring Economic Development 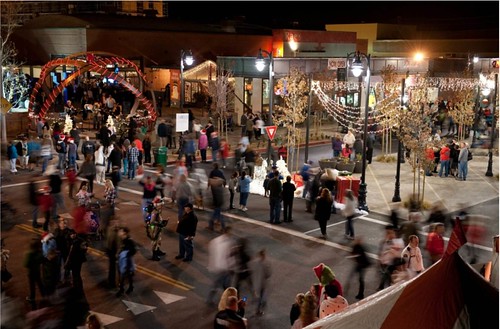 A terrific street redesign is assisting economic development in a southern California community that has suffered from changing economic conditions but is nevertheless seeing significant population growth.  This is a story of municipal foresight, excellent recent planning, and green ambition.

Lancaster is a fast-growing city of a little over 150,000 in far northern Los Angeles County, about 70 miles from downtown LA.  Its population has more than tripled since 1980; it increased by nearly a third from 2000 to 2010.  It is racially mixed (38 percent Latino, 34 percent white, 20 percent African-American) and, like so many fast-growing western cities, decidedly sprawling.  The satellite view on Google Earth reveals a patchwork pattern of leapfrog development, carved out of the desert.  It is a city with a very suburban character. 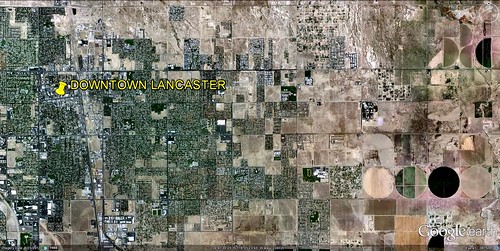 Lancaster's economic condition isn't among the country's very worst, but it certainly has been better.  According to City-Data.com, the median price of home sales in the city plummeted by almost two thirds from 2007 to 2009, from $350,000 to about $125,000, more or less where it still stands.  As of August 2012, unemployment stood at 15.7 percent, way above the state average of 10.4 percent.  Not far from Edwards Air Force Base and related industry, the city's fortunes have long been associated with aerospace engineering and defense contractors, but some major employers, including Lockheed-Martin, have been moving their investments elsewhere in recent years.

"By the late 1980s the City's historic downtown was in serious decline.  Most retailers and commercial services had long since migrated to commercial centers and strip malls in other parts of the city.  For years big box retailers and regional malls had captured nearly all new commercial growth.  Much of it was concentrated along the Antelope Valley Freeway (I-14).  Meanwhile the historic downtown deteriorated rapidly.  Crime became an increasing problem and the surrounding older neighborhoods were suffering." 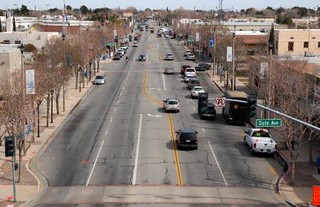 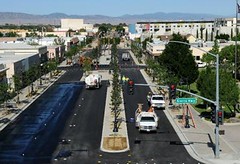 That's a pattern all too typical of America in the late 20th century, but Lancaster moved to do something about it, including in 2008 the adoption of a form-based zoning code for the downtown Lancaster Boulevard corridor.  (Form-based codes encourage walkability by encouraging mixed uses and a pedestrian-friendly streetscape.)  The city also hired the well-known architecture and planning firm Moule & Polyzoides to capitalize on the opportunities created by the code by redesigning the boulevard to attract businesses and people. 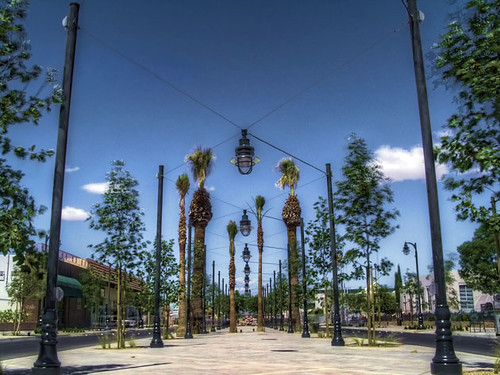 The results – a rejuvenated section of downtown now named THE BLVD – have been spectacular, as the photos accompanying this article show.  The project has won multiple awards, including EPA's top national award for smart growth achievement.  Moule & Polyzoides describe the design features:

"Among the Plan's key elements are wide, pedestrian-friendly sidewalks, awnings and arcades, outdoor dining, single travel lanes, enhanced crosswalks, abundant street trees and shading, and added lighting, gateways and public art.  Lancaster Boulevard has been transformed into an attractive shopping destination, a magnet for pedestrian activity and a venue for civic gatherings."

Greg Konar's article, which I cited above, provides an excellent review of what makes the design features of the project work so well. 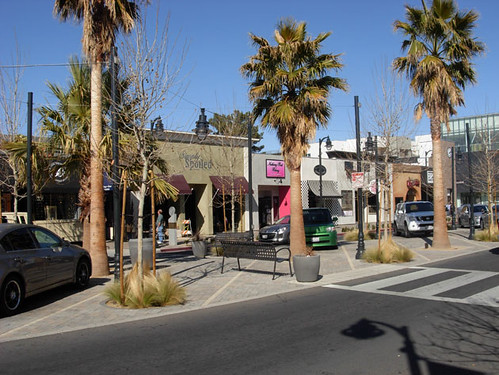 Justly proud of their work, the architects recount some of what's happened in the area since the project was completed: 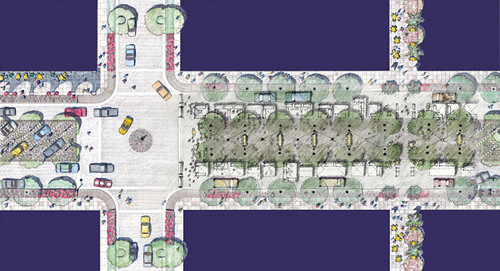 This is a great example of how the right legal framework and the right design at the right time can help make a difference.  It is also a great example of how our suburban communities can be improved.  Is Lancaster Boulevard the best or most walkable district in America?  Not by a long shot.  But the change is tangible, giving the city something to build upon and setting an example for similarly situated communities.  All while re-using infrastructure and reducing emissions from car travel by taking advantage of a central location that shortens driving distances and encourages walking.

Moreover, THE BLVD is not the city's only green ambition.  One thing that Lancaster's southern California desert location provides is a lot of sunshine, and the city is taking advantage by going solar in a big way.  In August 2009, the city worked with the company eSolar to bring a 20-acre solar-power generating facility, the first of its kind in the country, to Lancaster.  In 2010, it partnered with production homebuilder KB Home to build "a never-before-attempted affordable solar energy housing community" in the city; two similar developments followed. 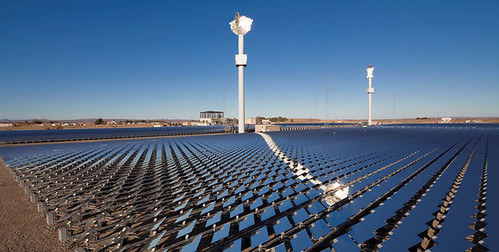 "In addition, five City facilities—the Lancaster Municipal Stadium, City Hall and the Lancaster Performing Arts Center among other sites—are now powered with clean, non-polluting solar energy in a 1.45 megawatt project, which is projected to save the city an estimated $6 million over 15 years.  Clear Channel Stadium, home of the Lancaster JetHawks, is the first Minor League Baseball Stadium in the country to go green.  Its new solar system offsets close to 100 percent of its energy use and will save its owners nearly $50,000 in the first year of operation alone."

The city hopes to keep moving in this direction, eventually becoming one of the world's first cities to produce more energy from renewable sources than it consumes (not counting transportation energy).

The story of Lancaster Boulevard and the downtown revitalization is presented in this video produced by EPA (watch it in HD if you can; man, that piano at the end needs to be tuned!):