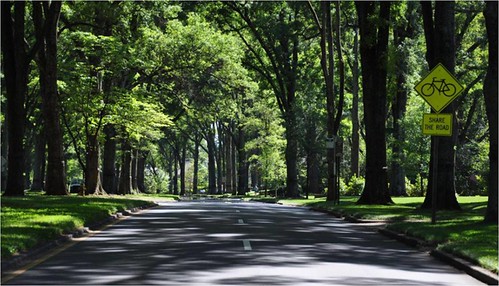 One of my first articles as a blogger was to celebrate the replacement of fallen trees in our neighborhood.  We humans instinctively resonate to nature, and street trees and other kinds of city forests add all sorts of emotional and cooling benefits to our neighborhoods.

But that's not all:  new research from Baltimore finds that city trees also reduce crime.  Writing in Grist, Rachel Nuwer summarizes the findings:

"In addition to housing squirrels, [trees] also reduce lawless activity.  This is the conclusion drawn by a team of researchers who teased apart the relationship between tree canopy and crime in and around Baltimore.  They used aggregated crime data from Spotcrime and overlaid it with high-res satellite imagery to conduct probably the largest analysis of its kind to date.

"According to the study, a 10 percent increase in trees roughly equaled a 12 percent decrease in crime.  'It's really pretty striking how strong this relationship is,' says Austin Troy, director of the University of Vermont's Transportation Research Center and lead author of the study, published in the June issue of the journal Landscape and Urban Planning." 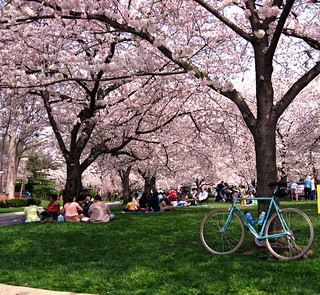 Given the amount of publicity given recently to another study showing that wealthier neighborhoods have more trees than poorer ones, one might surmise that the apparent crime-reducing ability of trees is really masking something more important:  that wealthier neighborhoods have less crime.  According to Nuwer, though, the researchers controlled for this:

" In their models, they controlled for all kinds of socioeconomic factors, including income, housing age, and owner race, plus adjusted for other variables associated with tree cover, like ruralness and population density. After holding all of these points steady, trees still wound up on top."

The new research adds to a plethora of findings and wisdom about trees.  In a fascinating, extended essay in The Wilson Quarterly, Jill Jonnes examines the history of city trees and research on their benefits, noting that a breakthrough study was conducted in Chicago in 1994.  The researchers found that the city's trees could improve air quality by as much as 15 percent, removing measurable amounts of carbon monoxide, sulfur dioxide, nitrogen dioxide, ozone, and particulate matter.  Moreover, Chicago's trees sequestered about 155,000 tons of carbon per year and could absorb far more over time with more planting.  Including the benefits of shade in reducing energy needs for air conditioning, each Chicago tree was found to be worth $402 over its life span, over twice the average cost. 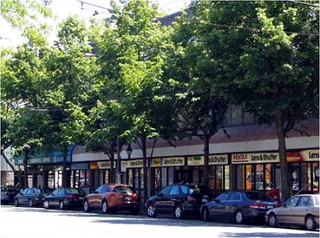 Jonnes details a large volume of more recent research in cities such as Sacramento, New York and Los Angeles.  For example, researchers in New York City have found that each year the city's street trees deliver $122 million in benefits, or about $209 a tree.  The city spends about $14 million each year on its tree program, suggesting a hefty return on their investment.

Jonnes also points to a "Tree Benefit Calculator" developed by Casey Trees.  Borrowing an idea from Jonnes's essay, I input a bit of information about a Norway maple in my back yard and learned that, roughly, it generates $235 in benefits each year, a strong majority in the categories of stormwater management, contribution to property value, and electricity savings.  Walkability guru Dan Burden has written a well-documented publication on 22 benefits of street trees that go beyond those cited in Jonnes' essay.  Burden cites traffic and pedestrian safety, improved business productivity, lower temperatures, positive effects on human health, and more.

Which brings us back to the Baltimore findings on crime.  If poor neighborhoods are the ones with the most crime, as well as the ones with the most need for reduced utility bills and better health, we should begin to focus more attention to tree-planting in them.  Looks to me like it could bring multiple benefits at bargain prices. 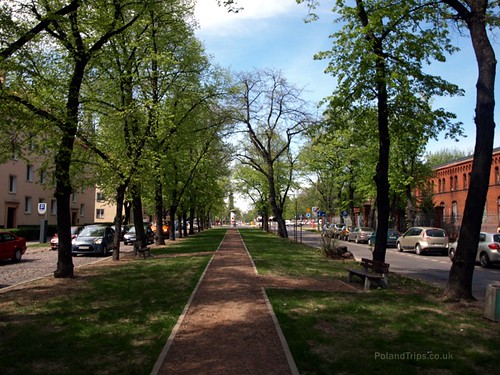