Fifty years after famously being besieged by devastating, deadly riots that gripped the nation, the long-neglected Watts neighborhood in South Los Angeles is moving forward with an exciting new revitalization partnership that envisions a transformed "Main Street", transit-oriented development, and state-of-the-art "green streets", among other features. And the best part is that the changes are being led from within the community.

Formally launched earlier this week, Watts Re:Imagined is a community-based improvement initiative led by Grant Housing & Economic Development Corporation (Grant EDC), based in Watts, and the Natural Resources Defense Council's (NRDC's) Urban Solutions program, in partnership with many other local organizations, agencies, and the private sector. It consolidates, refines, and builds upon a number of previous, somewhat piecemeal planning efforts that unfortunately stalled after the dissolution of all of California's redevelopment agencies, including that for Los Angeles, in 2011.

The new vision aims high, as it should. Watts Re:Imagined is committed to building sustainable development projects that already have the support of local government and the community. The idea, notwithstanding the neighborhood's troubled past, is to focus on positive, enduring change in Watts. With community collaboration, green infrastructure, and sustainable development principles, the new partnership seeks to promote economic opportunity, social equity, public health, environmental stewardship and quality of life. 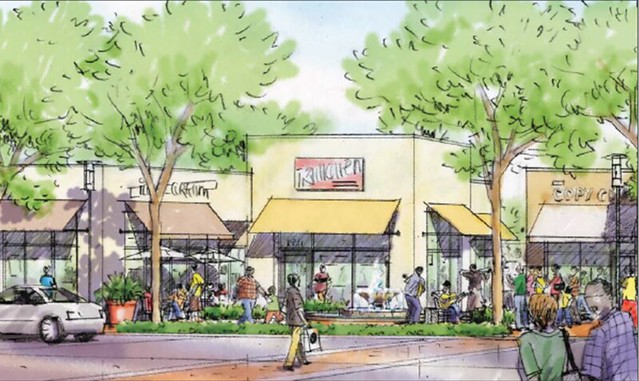 The centerpiece of the new neighborhood vision will be "Main Street Watts," a transformation of 103rd Street, a languishing commercial corridor that was largely destroyed in the 1965 Watts Riots. Once-bustling corner markets, shops and cafes never returned to the corridor that was nicknamed "Charcoal Alley" after the burning. From the new organization's web site:

"Working together with other organizations and residents, Watts Re:Imagined aims to turn 103rd Street into Main Street Watts--with the same kind of community gathering spaces, pedestrian access, and local businesses you'd find on any Main Street in the US.

"We think 103rd Street should be a model of modern urban living with mixed-use buildings, transit-oriented development, sustainable architecture, and plenty of green alleys and shade trees. Because Main Street isn't just a road, it's the heart of a neighborhood."

The new Main Street will include a Watts Park gateway with an entrance at 103rd Street and Central Avenue with high-quality housing, commercial development, and pedestrian connections to the adjacent 27-acre Ted Watkins Memorial Park and nearby residential areas. When fully realized, the rejuvenated corridor could extend east for four blocks from Central Avenue where the park begins to the Metro Blue Line light rail station at 103rd and Graham Avenue.

Watts definitely needs the help. Over about two square miles, the neighborhood houses around 41,000 people. 65 percent of its residents have less than a high school education, and only 2.9 percent have a four-year college degree. Over half the population earns less than $20,000 per year. The population is 62 percent Latino, 37 percent black, and one percent "other." 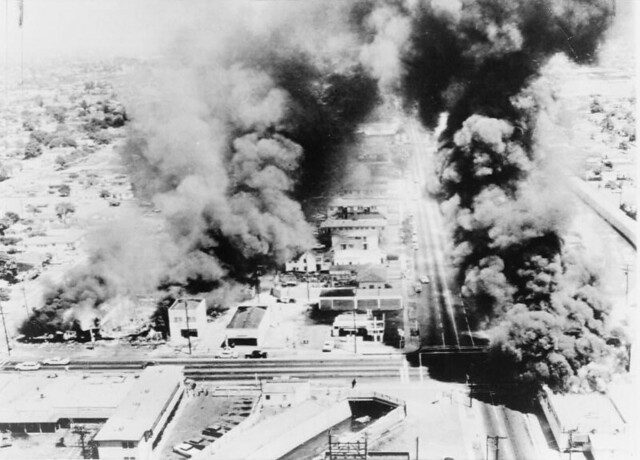 The neighborhood is best known for two things: First, the 1965 "Watts Riots" were testament to the ferocity of racial tension and alienation that long had permeated the neighborhood. To shorten a long and very troubling story, violence erupted following a routine traffic arrest that led to an escalating conflict with police in front of a crowd of onlookers. Six days later, there were 34 persons killed and 1,032 reported injuries, including 773 civilians, 136 firemen, 90 Los Angeles police officers, 10 national guardsmen, and 23 persons from other governmental agencies. Many of the injuries resulted from gunshot wounds.

More than 600 buildings were damaged by burning and looting. Of this number, more than 200 were totally destroyed by fire. Much of the damage was to neighborhood-serving commercial establishments, including food markets, liquor stores, furniture stores, clothing stores, department stores, and pawn shops. While the neighborhood has moved on, and today hosts a local theater and dance company, an annual toy drive, a Christmas parade, a popular annual athletic festival, and the highly creative Watts House Project, among other civic amenities, it is also fair to say that it has never fully recovered from that tragic week 50 years ago. 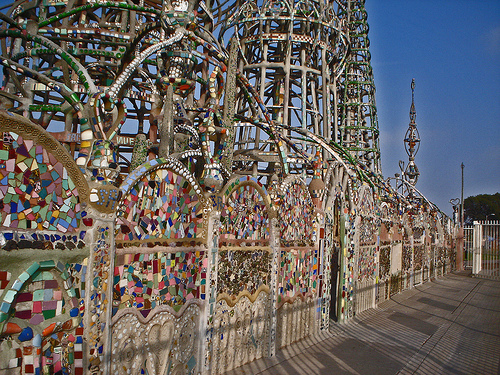 The second well-known Watts feature is much more positive. One of the nation's most dramatic and impressive works of folk art, Watts Towers comprises a collection of 17 interconnected sculptural structures designed and built by Sabato ("Simon") Rodia, an Italian immigrant construction worker and tile mason, over a period of 33 years from 1921 to 1954. The tallest of the towers reaches a height of nearly 100 feet. The towers and walls, along 107th Street, were made largely from found objects, including broken glass and tile and scrap metal. The Watts Towers Arts Center is an adjacent community facility that opened in 1970.

It is important to note that the community does have these considerable assets to build upon, as well as the Metro Blue Line station and multiple bus transit lines.

A significant amount of planning and design work has already happened in Watts, including a 200-page Central Avenue Master Plan that was created by the now-defunct Redevelopment Agency, a Main Street concept for 103rd Street that emerged from a 2014 planning charrette, and a Green Streets plan from 2012. Watts Re:Imagined will focus on consolidating and implementing those plans, making improvements to existing transportation and public service infrastructure, promoting environmental health, and pursuing opportunities for commercial, mixed-use and affordable housing development. And it will coordinate with major initiatives already underway at the nearby Jordan Downs housing redevelopment and the "Cultural Crescent" at Watts Towers. The City of Los Angeles has publicly expressed support for the initiative. 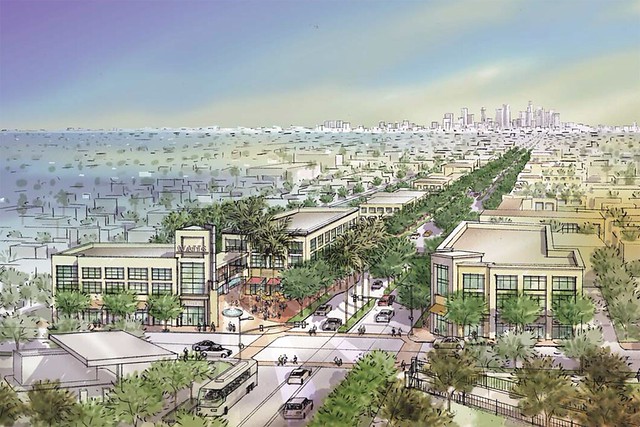 Watts Re:Imagined's founding partner Grant EDC is a non-profit connected to Grant AME Church, which will celebrate 110 years in Watts in 2016. A series of events commemorating the 50th anniversary of the Watts Uprising is planned for August 2015, beginning with a symposium at the church on Saturday, August 1. NRDC's Urban Solutions program focuses on building healthy, sustainable cities. One of the pillars of the program is assisting low-income neighborhoods with sustainable planning and development. (Full disclosure: while employed at NRDC, I helped lay the foundation for what is now the Urban Solutions program, which I continue to advise.)

The new partnership hopes to fill the gap left behind when the Redevelopment Agency dissolved. "This community has been through a lot," Grant EDC's Executive Director Chris Jordan said in a press release. "They deserve a neighborhood that visually reflects the true beauty that lives here."

Kaid Benfield writes about community, development, and the environment on Huffington Post and in other national media. Kaid's latest book is People Habitat: 25 Ways to Think About Greener, Healthier Cities.