The Role Of The Arts In Thriving Communities 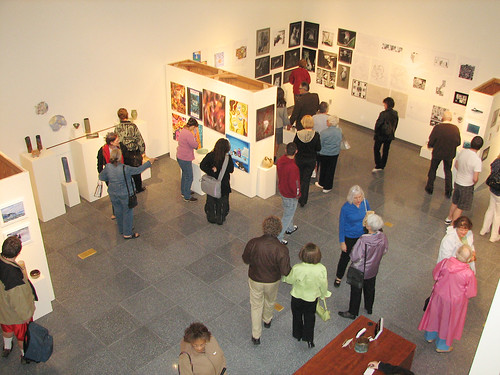 I believe one of the indicators of a healthy community – the kind of place that is likely to be loved and endure – is good evidence of creative expression.  Whether it's painting, photography, music, dance, sculpture, performance or something else, people like being around artists who inspire not just our rational selves but also our more intuitive, "right-side-of-the-brain" selves.

Some art is explicitly environmental – Marvin Gaye's classic "Mercy Mercy Me," for example, or Robert Rauschenberg's striking images for the 1970 Earth Day and the 1992 Earth Summit – but art can also have great indirect environmental benefits, by helping revitalize older, distressed neighborhoods.  This, in turn, creates stronger cities and towns that are better positioned to absorb population and economic growth that might otherwise be diverted to sprawl.

I've had several occasions in this blog to describe arts-driven revitalization, from Syracuse to Paducah.  I think my favorites, though, remain two small arts-driven projects in Houston and Los Angeles.  In 2006 Project Row Houses, in Houston, was called "the most impressive and visionary public art project in the United States" by Michael Kimmelman in the International Herald Tribune. 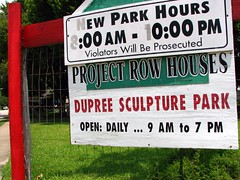 Artist Rick Lowe led the rehabilitation of 22 abandoned shotgun houses in one of Houston's poorest districts, dedicating them to rotating installations of art, photography and literary projects relevant to African-American culture.  This first step was followed by the creation of a community development corporation, dedication of additional houses to become transitional homes for young mothers, and the building of new affordable homes in the same architectural character as the row houses.  The neighborhood's web site currently lists notices for a movie night hosted by one of the artists-in-residence and a community pie-cooking contest.

The Watts House Project in Los Angeles, initiated by artist Edgar Arceneaux and modeled in some respects after Project Row Houses, is "a collaborative art work in the shape of a neighborhood redevelopment."  Artists, architects and residents are working together to rehabilitate the area's small houses in order both to create a sense of community identity and to facilitate small-scale, home-based economic development that can capitalize on the neighboring Watts Towers, a majestic work of folk art that draws 250,000 visitors each year.  It's very much a work in progress:  visit the project's web site here. 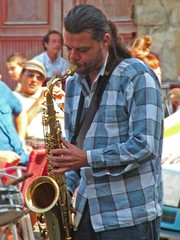 The Urban Institute, which addresses social and economic conditions and needs, shares the view that arts are critical to healthy communities, and to that end houses an Arts and Culture Indicators Project.  According to the project's web site, it is based on the premises that a healthy place to live includes "opportunities for and the presence of" arts, culture, and creative expression; that arts, culture, and creative expression are important determinants of how communities fare; and "that full understanding of US communities is inherently impossible without including these important perspectives."

The project has identified a set of indicators that collectively can suggest a community's "cultural vitality" and identify arts and culture needs. Here they are, in three categories (with a little word editing by me):

Participation in arts and culture

Support for arts and culture

While surely these indicators can be better articulated, and perhaps added to or subtracted from, the idea of a checklist to assist thinking about the degree to which art and culture are welcomed and supported in a community is a good one.  Anything that readers might add or subtract?  Any particularly good arts activity in your community that others might learn from?