Social Infrastructure: The "Miracle of Medellín"

This week, Foreign Policy ran a feature on Medellín's "rebirth" since the fall of Pablo Escobar and the disintegration of major drug cartels in the mid-1990s. In a transformation referred to by many residents as the "Miracle of Medellín," the city where the homicide rate was 381 for every 100,000 residents in 1991 now has crime rates comparable to Washington, DC. The article highlighted the story of a resident of Santo Domingo Savio, an informal community once marked by extreme gang violence, who can now traverse the formerly perilous route to the city center by riding  the Metrocable, a gondola system completed in 2004.

This remarkable transformation was not simply brought about by extra policing and crackdowns on gangs, however. In fact, Medellín remained the world's most violent city for several years after the dramatic rooftop coup de grace of Escobar. While the expansion of national military and policing forces certainly crippled the gangs that terrorized urban neighborhoods, Medellín's revival is due in no small part to avant-garde political leaders who focused on the reconstruction of social, cultural, and physical infrastructures. 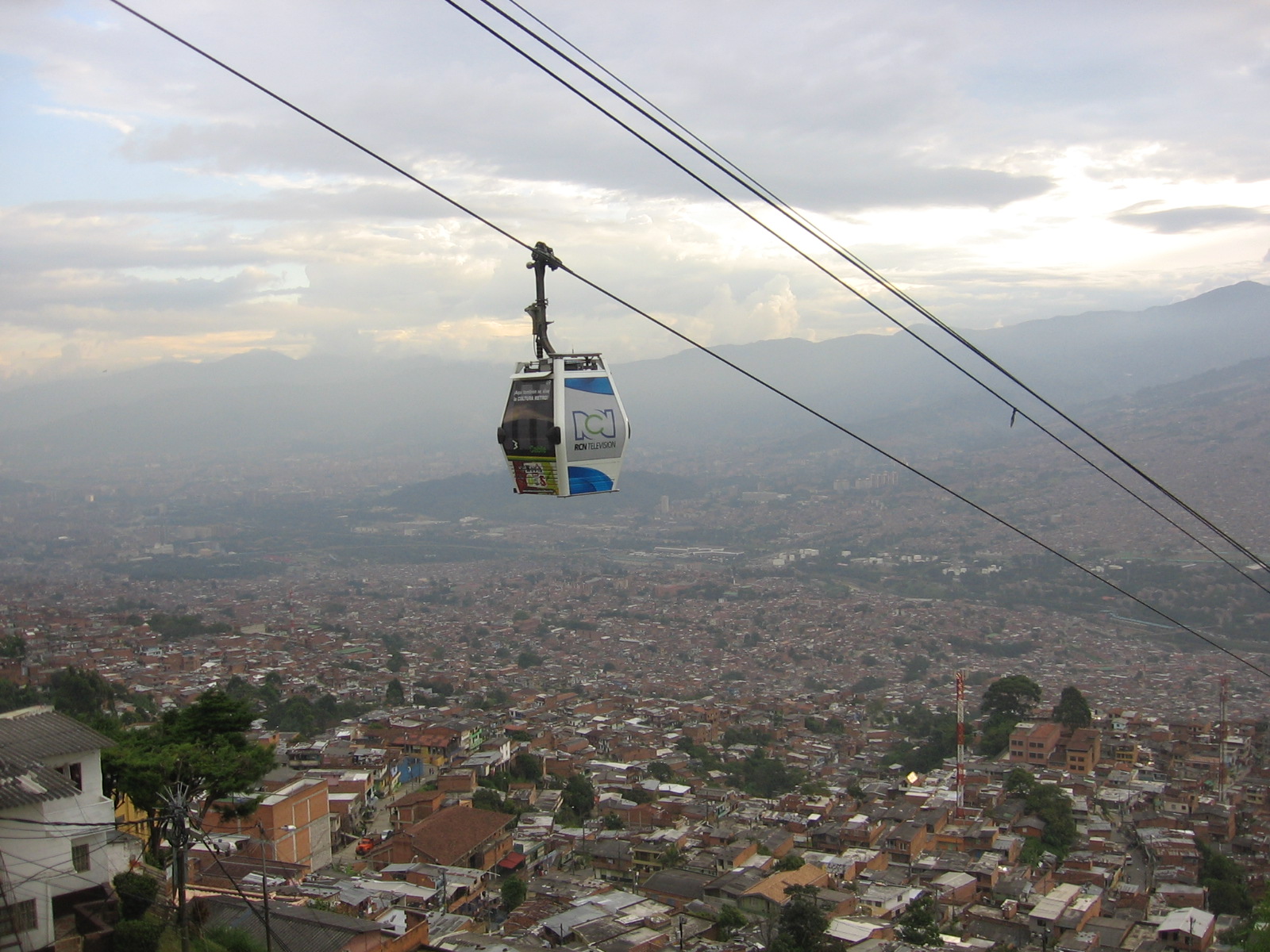 Sergio Fajardo was elected mayor in 2004, with the belief that "policies aimed at repairing the city's damaged social fabric could alleviate" the intertwined problems of inequality and violence.1 A primary element of his plan was the construction of beautiful public architecture in the city's poorest neighborhoods, such as the Parque Biblioteca España in the aforementioned Santio Domingo Savio barrio. Fajardo stated, "Architecture sends an important political message…When you go to the poorest neighborhood and build the city's most beautiful building, that gives a sense of dignity." 1 With their "social urbanism" philosophy, Fajardo and his contemporaries literally built bridges (and trams) that connected poor neighborhoods to areas of economic vitality, created digital maps that allowed the government to better understand how gangs operated, and "devised architectural features to disrupt" violence.1 Fajardo also engaged citizens through participatory budgeting, an innovative process highlighted in a recent NPR story. Through participatory budgeting, "citizens define priorities, and public money is allocated accordingly" for 5 percent of the municpal budget.

But the improvements don't end there. According to the Latin American Green City Index, published by Siemens last year, Medellín now accounts for approximately 11% of Colombia's GDP. Residents boast the lowest amount of waste per capita of the seventeen cities in the Index, and Medellín has the "longest mass transport network, the best rate of wastewater treatment, and the highest percentage of people with access to sanitation" compared to other cities in its income bracket. The Index also emphasized "green initiatives" such as improvements to water infrastructure, aggressive congestion reduction and traffic control policies, and the Integral Urban Project that focuses development efforts in low-income areas.

The success of these efforts in Medellín presents hope for other Latin American cities ravaged by drug wars. Tomorrow, U.S. Secretary of State Hillary Clinton will host the Merida Initiative High-Level Consultative Group to continue talks on transnational cooperation to eradicate  organized crime and continue work on the U.S. and Mexican presidents' stated priority to build "strong and resilient communities."