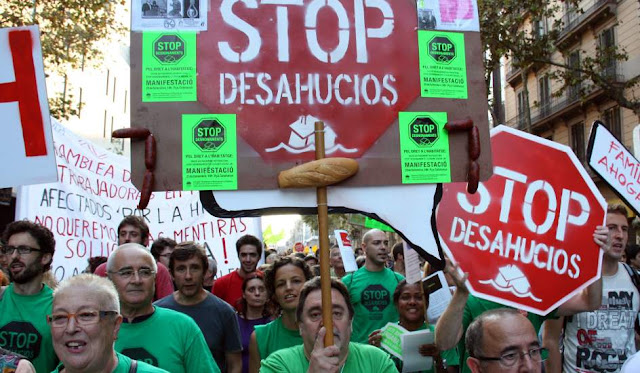 As Spain's unemployment rate climbs above 25 percent and its social welfare system is meticulously dismantled, around 500 eviction orders are issued each day. Banks are repossessing the homes of those who can't meet their mortgage payments. This trend is sadly not new. There were more than 325,000 foreclosures between 2007 and 2011, according to Spain's justice department. A fellow Polis blogger explored who is to blame for evictions in Spain early last year. In this post, I look at how advocacy and grassroots groups, including Platform of People Affected by Mortgages (PAH) and the housing groups from 15M assemblies, are working to stop and transform this process.

PAH was founded in February 2009 to defend the constitutional right to housing, stop evictions, enact social rent, and reform the Mortgage Act. The latter, as it exists now, gives banks the right to claim full payment of debt even after evicting the property's residents, including the difference in value and all legal costs. For example, María Carrión reported on a family that paid $98,000 of a $323,000 mortgage, but owed the bank an additional $405,000 even after it had taken back their apartment. The Act results in hundreds of thousands of families on the streets with a debt to repay for the rest of their lives. 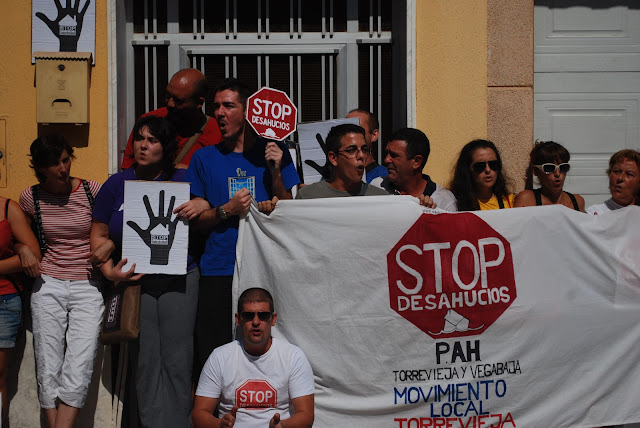 Through PAH's Stop Evictions Campaign, members occupy and block entrance to properties where eviction orders are being delivered. The first successfully paralyzed eviction took place in November 2010 in Tarragona, Catalonia, where a judicial commission — made up of two government officials and a bank representative accompanied by Catalan police — decided not to force residents to abandon their house. This tactic has been used hundreds of times over by PAH and the groups who emerged during the 15M movement in May 2011. PAH has stopped hundreds of evictions, but in some cases the police succeed in prying people away one by one and then evicting the families inside. 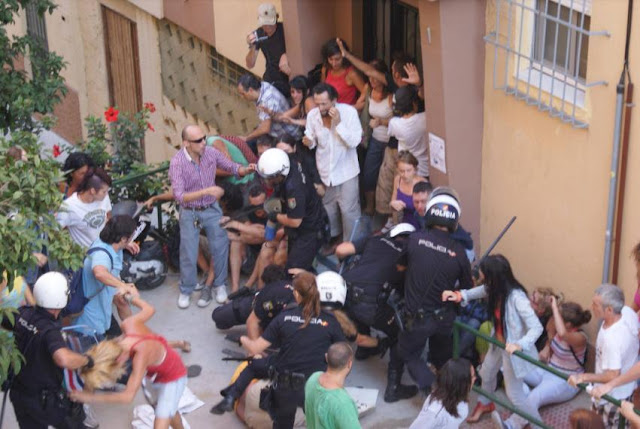 Activists clash with police while trying to stop an eviction. Source: Estrella Digital

PAH and 15M have occupied foreclosed buildings to provide shelter for evicted families with nowhere to go. People are now doing the same on their own, as seen in Valdemoro, Madrid, where 50 families are occupying an empty chalet development. This is occurring across the country. In several cases, the interventions of PAH and local 15M housing groups have forced local governments to back down on evictions and provide emergency housing, as is the case in Getafe, Madrid. 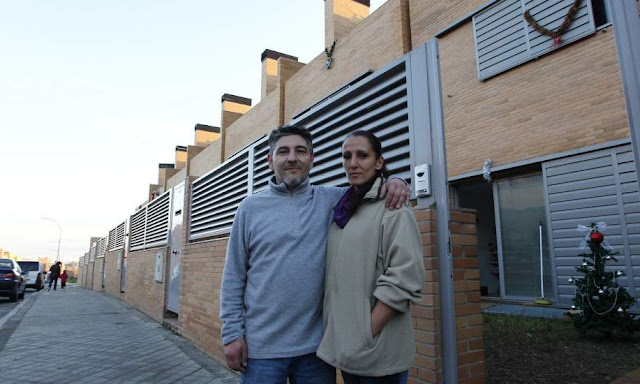 Javier and Estrella outside a dwelling they're occupying in Valdemoro, Madrid. Source: 20minutos

Also in Madrid, PAH activists have carried out a variety of protests at Bankia — the bank nationalized and bailed out to a tune of $24 billion — to demand that they negotiate with families threatened with eviction. Bankia is responsible for 80 percent of home repossessions in the autonomous community of Madrid.

An October 2012 protest and occupation in front of Bankia's headquarters. Source: Cuartopoder

After years of pressure from PAH to reform the Mortgage Act, a spate of suicides late last year by people threatened with eviction finally pushed the government to take action. Yet the approved Royal Decree did not include any changes to the Mortgage Law, only allowing households under "extreme hardship" to have their eviction orders frozen for the next two years. To qualify they must have an annual income below $25,000 and pay more than half of this in mortgage payments. They must also meet at least one of a list of other strict conditions, such as owning no other property, being a single-parent household with at least two children, having a large family, having a family member with disabilities or being a victim of domestic violence. And coverage for qualifying households only begins for those facing foreclosure after the Royal Decree was adopted on Nov. 16, 2012, meaning that the 400,000 households that have already experienced foreclosure or eviction are left out.

PAH, 15M housing groups and other sympathizers are outraged, arguing that this token decree excludes the majority of people affected by foreclosures and evictions. They presented a Popular Legislative Initiative with over 700,000 signatures calling for regulation of foreclosure payments, social rent and a moratorium on foreclosure procedures. Public defenders across Spain were also up in arms last December, demanding that the government restructure mortgage debt, create a social housing fund and enact social rent. Today a communique from a European commission in Brussels outlined reasons why the reform will have limited impact. 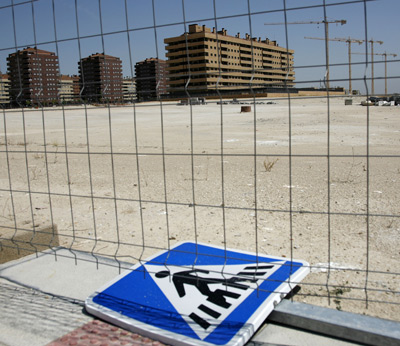 Last week, the Association of Spanish Banks and the Spanish Confederation of Credit Unions ceded 6,000 dwellings to create a social housing fund for the evicted. Considering that 20 percent of Spain's total housing, amounting to 5.6 million dwellings, is empty because it hasn't been sold or was seized by banks, surely more can be done. The efforts of PAH, with chapters in over 80 cities across Spain, along with 15M housing groups and other activists, are critical in the fight to stop evictions and ensure access to affordable housing.