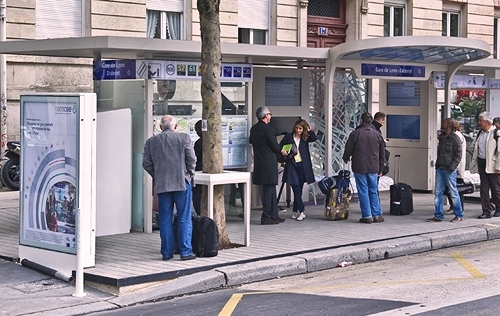 When I was a kid growing up in Asheville, bus stops were marked with stenciled lettering on utility poles.  It was fairly primitive, other than perhaps at the busy downtown transfer points, Pritchard Park and Pack Square, where if I recall correctly there was some indication of which routes stopped at which points.

Although the experience was pretty basic, I took the city buses everywhere.  Underage for driving, I didn't have access to a car, and the place was big enough that many things I wanted to do – visit friends, go to school, go to the tennis courts, buy music, whatever – required transit, especially with both my parents busy working.  I liked being independent and enjoyed being able to get around. 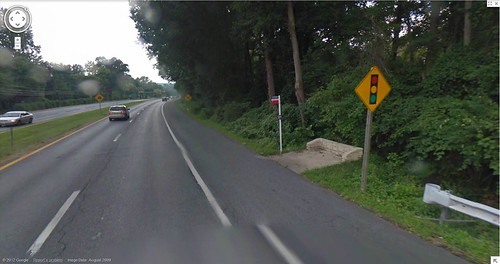 There are still bus stops that are no more than a sign on a pole, although many now have some form of shelter from wind and rain, and some have sophisticated service information posted, the most advanced ones with real-time updates.  But there is still a sense of functionality about most bus stops, whose design and amenities tend to lack imagination.

That is now changing in Paris, where the RATP (Régie Autonome des Transports Parisiens), the city's dominant transit agency, is piloting "l'arrêt de bus du future" -- or bus stop of the future -- for five months at a stop outside the Gare de Lyon. 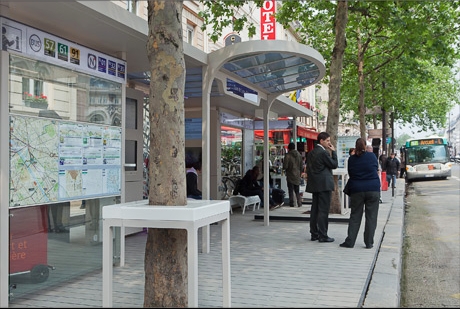 This is far from a sign on a pole.  Crafted by urban designer Marc Aurel, the bus stop of the future is packed with both style and convenience.  Writing on his Human Transit blog, transit planner Jarrett Walker translates a passage from the French bati-journal:

"This experimental station at boulevard Diderot is not just a place to wait for a bus. Covering an area of 80 m2, it was designed as a multi-purpose public space ... . Here you can buy a bus ticket, get information about the neighborhood, have a coffee, borrow a book, play music, recharge a phone, buy a meal to take away, rent an electric bike, stay warm while eating a sandwich, or set up a bag on a shelf to do your makeup. Variable light adjusts for day and night conditions. This project will also be the first urban test of materials and technological innovations ... such as ceramic furniture invented by Marc Aurel, and a sound design integrated into the fabric of furniture ..."

Very impressive.  Read more on Jarrett's site or, if you are comfortable with French, on RATP's site for more detail.  Visit Aurel's design urbain site for great images of the project, some of which I feature here. 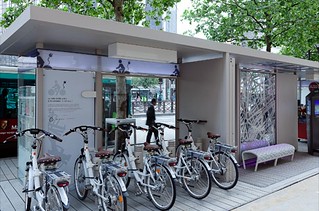 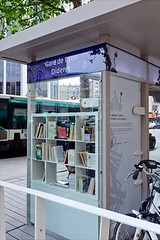 The English-language publication Passenger Transport notes that the upgraded stop serves three daytime routes and five night bus services.  Aurel's design seeks "to blend into the urban environment, with a 'transport facade' and an 'urban facade' with each side catering for their respective user."  Notably, "the stop is completely modular and its size can therefore be tailored to specific locations."

In addition to the features noted by Walker, Passenger Transport says the stop includes a number of information screens, free WiFi service, "and sound ambiances that are not broadcast through speakers, but through the glass of the vertical sections. A soft musical tune, composed by Michel Redolfi, is also broadcast when the stop senses that a bus is approaching." 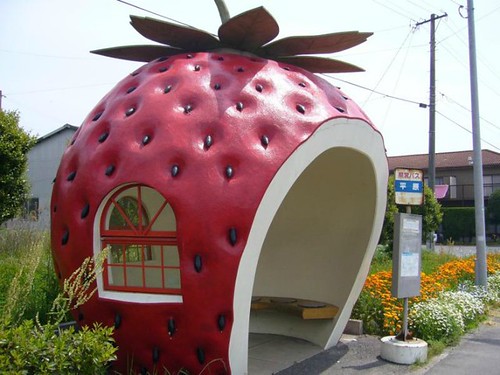 If that doesn't, um, whet your appetite for more about bus stop design, then check out Helen Morgan's Inhabitat feature on "Giant Fruit-Shaped Bus Stops" in Konagai, Japan.  Morgan writes that the 16 stops were originally constructed for a Travel Expo and have since become a tourist attraction.  Her article includes several more photos.