Ditch Your Car Step 1: Move to a Mixed Use Neighborhood 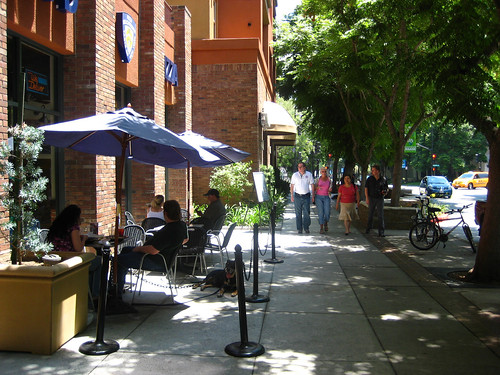 New research from Southern California has found that residents of neighborhoods with a central core of shops and services – a pattern typically found in older, traditional communities – walk nearly three times more often than do residents of neighborhoods whose nearest shops and services lie along a major arterial roadway – a pattern typically found in newer suburban development.  Residents of traditionally styled and centered neighborhoods also drive less than their counterparts residing in the newer pattern.

This is true even when the data are controlled for individual and household economic and demographic characteristics.  The study was led by Marlon Boarnet of the University of California at Irvine, assisted by several other researchers from southern California, Texas A&M, and UNC-Chapel Hill.  It is published in the Fall 2011 issue of Access, the magazine of the University of California Transportation Center.

Notably, the residents of the centered neighborhoods were found to take shorter trips, suggesting that walkable proximity – both closeness and a safe, direct walking route – to shops and services is also important. 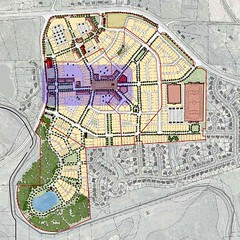 It may not do much to encourage walking, for example, if the dry cleaner's is a quarter mile away as the crow flies but you have to travel two or three times that far navigating busy roads around the subdivision to get there.

The authors discuss some of the findings:

"This suggests that walkable neighborhoods are often places where there are many nearby destinations. Measures that might correlate with large establishments—retail employment  or sales—did not predict walking travel nearly as reliably as the number of businesses per acre, suggesting that the key is not simply sales but a large number and variety of businesses in a relatively small area."

There is a wrinkle, though.  For the formula to work, the businesses must also be large enough to draw some customers from outside the neighborhood:

"The tricky part is that the business concentration needed to encourage walking appears to be larger than most neighborhood residential populations can support. Given that, suburban regions should focus both on fostering pedestrian centers and on knitting those centers together with transportation networks, though such networks need not accommodate only cars." 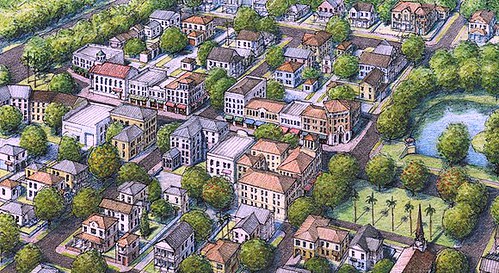 I also find it interesting that, although the new report is directionally consistent with other research, it differs in some details.  Ewing and Cervero's massive 2010 synthesis of some fifty separate empirical studies found that the presence of a well-connected street network, which tends to shorten walking routes, was even more influential in encouraging walking than a mix of residential and commercial uses.  I suspect that sophisticated analysts can tease out the specifics to reconcile the findings, which I suspect are not really inconsistent when put to close scrutiny.

Boarnet's team studied travel and land-use data from eight neighborhoods in the South Bay area of Los Angeles County.  Micro-variations in one study area were examined in particular detail to confirm that "self-selection" (for example, that people who innately like to walk were choosing the centered neighborhoods but would have walked just as much wherever they located) was not contaminating the findings.

The authors place their findings squarely within the larger issue of "retrofitting" or "repairing" car-dependent suburbs to make them better able to accommodate growth, respond to changing market preferences, and respond to environmental issues.  It's a welcome addition to the discourse on these topics.