The company's colorful automated kiosks hold pickup orders for multiple grocers and are initially targeting the same city centers where quick commerce has taken off.

Amid all the buzz over rapid delivery, one colorful European startup is targeting urban, digitally savvy consumers with a very different model of convenience.

Delipop is in many ways the opposite of the 15-minute delivery upstarts that have fanned out across the globe. It’s a pickup service, for starters, and order fulfillment happens in a matter of hours, not minutes. It’s also chosen to link up with grocers rather than vertically integrate, serving primarily as a logistics partner that brings a full range of groceries into its multicolor automated kiosks operating in busy city neighborhoods. Each location will store orders from multiple grocers.

To use the service, shoppers select a Delipop location for pickup when checking out from a grocer like Carrefour — its first announced partner — along with a pickup window that's at least four hours long. They’ll receive an alert along with a QR code to access their order when it's ready at the location. When they walk in, a digital avatar greets them on the machine's screen as they approach, and after they scan in, the partner grocer’s branding that’s associated with their order pops up. Moments later, their order bags appear in a sliding compartment at the base of the machine. Frozen items are available in a separate bank of lockers.

The focus on wider selection, well-known retail brands and flexible pickup windows can win over urban-dwelling consumers just as well as — if not better than — speedy delivery firms, said Neil Lambert, CEO of Delipop U.K.

"We're not competing on time. We're competing on price, convenience, fitting freedom around your day, etc.," Lambert said. "If you want your groceries in 15 minutes, we're at the opposite end of the spectrum from that. We believe in convenience, but in a different way."

Delipop opened its first location last week in Paris's 16th arrondissement, filling orders from a selection of 15,000 stock-keeping units through Carrefour. Over the next few years, the company plans to open 1,000 locations across France and 500 in the U.K., expanding from their initial urban locations into smaller towns and suburbs. Eventually, Delipop would like to move to other countries, including the U.S., Chief Marketing Officer Marek Piotrowski said.

Delipop's French division is a joint venture between logistics company Star Service and Retail Robotics, a Polish company that engineers pickup lockers, while the U.K. division is a partnership between Retail Robotics and a smart-cities solutions firm that company officials declined to name.

While the service is at least a few years away from landing stateside, it offers a different model of online shopping convenience that could be worth following as companies race to evolve their services. Delipop also offers a look at the latest in pickup innovation as that service continues to build steam in the U.S.

Aggregating orders and building out the network

To gather groceries from its partner retailers, Delipop has trucks that make regular runs collecting pre-packed orders from retailers’ stores or fulfillment centers and storing them in the automated system. At the Paris location, trucks make two runs per day, but the plan is to build to three daily runs next year as the service gains traction, said Piotrowski.

This aggregation of orders through regular runs is one part of the efficiency equation that Delipop is selling to retailers. Another is the robotics system, which can hold a large number of grocery orders in a relatively small space. The Paris location, which is on the smaller side of the units the company is planning, has 96 bins, which each hold around three paper bags worth of goods, along with 24 small freezer compartments. Orders typically range from one to two bins in size. Future pedestrian locations will aim to have 180 to 200 bins, and the company is working on systems that have more than 250 bins, said Piotrowski.

"Our machine is like an ATM for retailers," said Mierzejewski.

Last summer, Retail Robotics piloted its system in a Carrefour-branded pickup site in Paris that filled orders made through the grocer. Delipop executives said they ultimately decided to take the multi-retailer approach because it’s the most effective way to fill up the system and to make it profitable for all parties.

"Each of these machines is capital intensive in order to deploy, and if you've got multiple retailers supporting that cost base, rather than just yourself, that de-risks it," said Lambert. "It also drives the profitability of everybody."

Delipop officials said the efficiency of aggregating orders, automating service and building out a network of multi-retailer locations results in lower fulfillment costs than traditional delivery and comparable pickup services. The company charges retailers a per-bag fee that it declined to disclose, and Piotrowski said retailers in France won't charge shoppers a fee but will require an order minimum.

In France, Delipop plans to open around 300 locations in Paris and Ile-de-France and 700 spots elsewhere in the country. In the U.K., Delipop will focus on London and eventually scale out into smaller towns and suburbs. As it pushes beyond its urban locations, the company will roll out drive-up locations with storage systems that hold significantly more orders, said Piotrowski.

"If you want your groceries in 15 minutes, we're at the opposite end of the spectrum from that. We believe in convenience, but in a different way."

French consumers have become accustomed to picking up grocery orders away from stores. The country’s series of pickup points, or “drives,” have become popular across a range of markets as a way of collecting goods without having to trek all the way to a store. Delipop is betting that its automated approach will be friendlier to grocers’ bottom lines and also compelling for shoppers, said Piotrowski.

In the U.S., grocery pickup became wildly popular during the pandemic, and now retailers like Kroger, Hy-Vee and Lowes Foods are setting up off-site pickup locations. Kroger’s Hometown Pickup service operates in rural communities in Ohio and Kentucky, while Lowes recently opened a bank of pickup lockers at an office building in Durham, North Carolina. Other grocers like Albertsons and Stop & Shop operate lockers and automated kiosks located on store grounds.

Experts point out that offering off-site pickup can extend a grocers’ reach into new markets where it may not be feasible to build a full-size location.

“Retailers are fighting for expanding or defending share of wallet and offering pickup locations away from the store provides access to a potential customer base that may be outside of the radius of their store,” Scott DeGraeve, vice president of MFC solutions at AutoStore and a former executive with online grocer Peapod, said in an interview earlier this year.

Lambert said Delipop is looking for areas where grocery demand is high but where full-sized stores can't go in. He said the company has identified 10,000 such sites in the U.K. alone. Ultimately, he said, shoppers are looking for that close-to-home convenience and reasonable pricing.

"The mainstay of the market is very, very price sensitive on their food, and we're trying to find the most efficient models to deliver that food within touching distance of their front door,” he said. 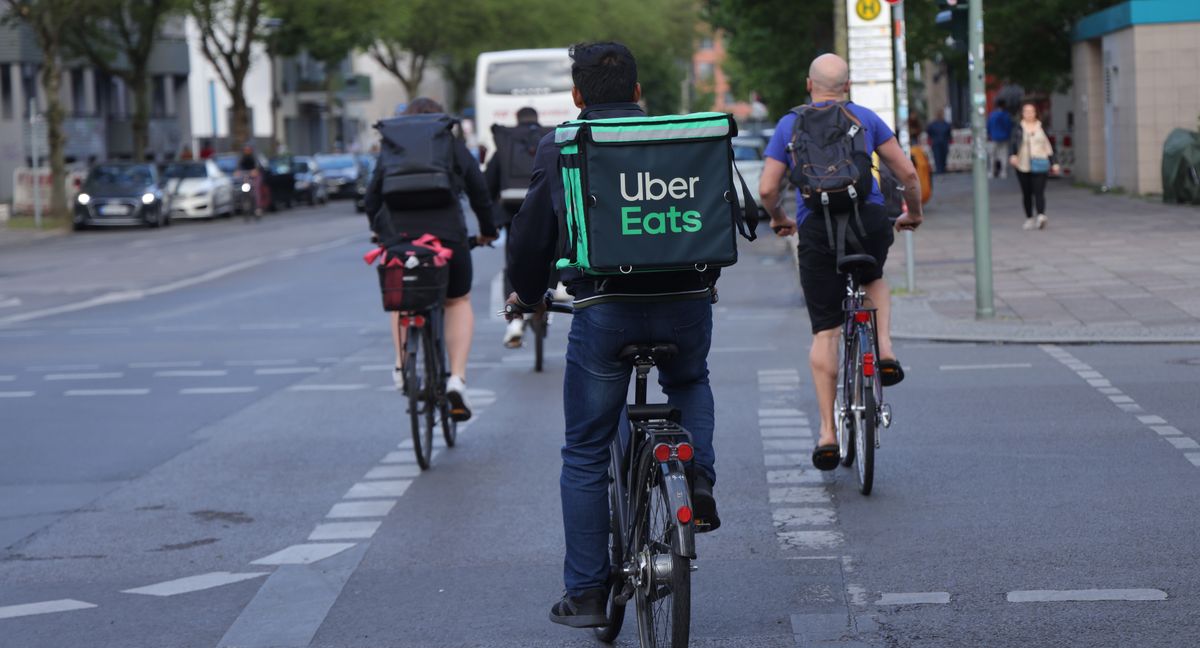