The Adrienne Arsht-Rockefeller Foundation Resilience Center at the Atlantic Council is the successor to 100 Resilient Cities, which will disband in July.

In addition to a $30 million grant from the Rockefeller Foundation, the new resiliency center received a $25 million gift from business leader and philanthropist Adrienne Arsht. At a press conference at the Atlantic Council in Washington, DC, Arsht said the new center is part of her aim of "improving the state of the world in measurable ways."

"To me, resilience is a way of thinking. It's how you behave and how you see the world," she said, adding that she hopes the initiative will become "a global center for resilient solutions for people, systems and institutions."

The center’s director, former Bank of America executive Kathy Baughman McLeod, said the new initiative will be focused on "100% implementation," while 100RC was more focused on planning and building. She said it would look to use evidence-based solutions and best practices that can be copied at scale, and help encourage the partnerships and financial backing such plans require.

That work will also include areas like public policy, finance, insurance and technology. "People are suffering, economies are being set back. We intend to do something about it," Baughman McLeod said.

The news came on the day that the city of Washington, DC unveiled its first resiliency strategy, built in partnership with 100RC with an emphasis on fostering inclusive growth, fighting climate change and transforming technology. In a speech, Mayor Muriel Bowser said DC is already strong, diverse and vibrant and is the "envy of many cities around the globe," but must do more.

“For our growth and prosperity to continue, however, we must ensure that we are prepared for the unexpected and be resilient in the face of change and ongoing challenges,” she said.

As part of 100RC's disbanding, announced early this month, the Rockefeller Foundation said funding would transition into two other areas beyond the new center at the Atlantic Council: a new resilience office at the Foundation and new economic mobility efforts at the Foundation.

At the Atlantic Council press conference, officials with the Rockefeller Foundation emphasized that the good work 100RC has already done will still be put to use. Rajiv Shah, president of the foundation, described this next move as an "important next chapter in our ongoing commitment to the field of resilience," having already supported 2,600 resilience projects and initiatives worldwide and leveraged $3 billion to support that work.

"This partnership will create the leading institution working to make communities around the globe more resilient to the urgent crises facing humanity, whether from rapidly-accelerating climate change, economic shifts, mass migration flows or existing and emerging security challenges,” Shah said. “At the end of the day, it's about equity, and ensuring that as many people and vulnerable people in particular have a fair shot at a safe, productive life."

Shah added 100RC has done good work worldwide in helping cities on various continents plan their resiliency strategies. While he said 100RC is “one of many programs” the Rockefeller Foundation has supported, the new center will have a wider reach and a different remit.

“I think this platform will allow the ability to be more implementation-focused, broader and allow us to reach many more people with the concepts that underpin not just 100RC but really the decade-long history we've had of investing in resilience in many, many different forms and in many different parts of the world,” Shah said.

It comes with cities facing increasingly dire warnings about the effects of climate change, and with calls to adapt and build their resiliency to try and cope with extreme weather events. The likes of the federal government and the United Nations’ Intergovernmental Panel on Climate Change (UN IPCC) have warned of impending disaster because of climate change, with the latter warning that society has until 2030 to mitigate it. Recently, the Environmental Protection Agency (EPA) issued a similar warning.

Atlantic Council president and CEO Frederick Kempe said at the press conference that the new resiliency center’s effort to impact 1 billion people by 2030 may seem a “big audacious goal,” but they are confident they will reach it.

"Remember, society has taken on these types of challenges before and won," Baughman McLeod said. 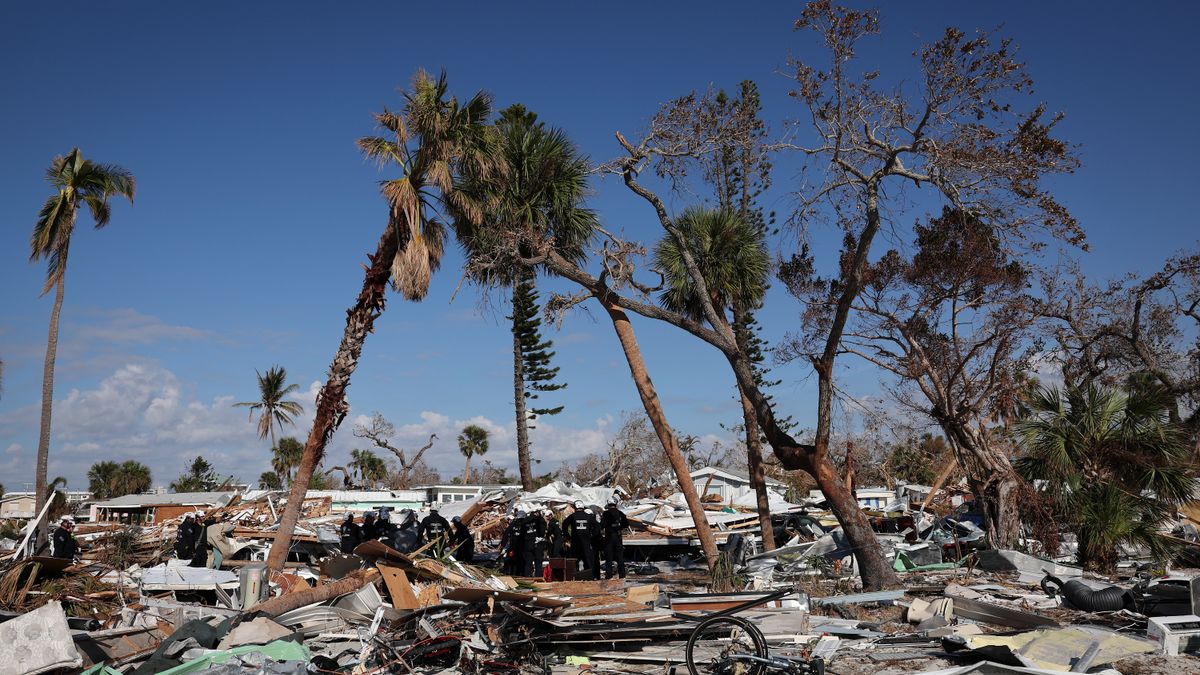