Installing LED streetlights without control is not very smart 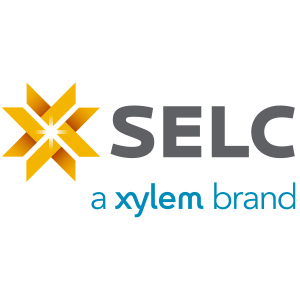 It wasn't that long ago when appliances and electronics lasted for decades. One television, for example, entertained a family from diapers to diplomas. If something did unexpectedly break down, the owner simply called the TV repairman. And for much less than the cost of buying a new one, the family TV set was up and running in no time.

Whether due to the high cost of repair or the low cost of replacement, the current reality, though, is that most home goods are disposable. We just toss them out and repurchase.

Since its inception, outdoor lighting has held to the same traditional approach as television sets: there were specific repairable parts, and a utility sent someone to determine the issue and make the repair. Today, with many utilities replacing legacy high-intensity discharge (HID) lighting with light-emitting diode (LED) fixtures, breakage means total replacement.

LED-ing the way with control

With LEDs' greater energy efficiency, reduced operating costs and longer life expectancy, the switch to LEDs is an advancement. However, according to Amanda Dixon, vice president of sales for SELC, a Xylem brand, "Along with the absence of repairable parts, LED fixtures don't provide utilities with any performance information. It's like having a TV that just turns on and off." In fact, unless someone calls in an outage, the fixture owner won't even know there's a problem.

But lighting control nodes change everything, providing new data insights and even the ability to adjust power or luminosity. "The right smart control node gives a utility visibility into fixture health, allows for lifecycle assessment and furnishes a level of control not available previously," Dixon says. For example, amid all its benefits, LED actually delivers a very different kind of light to residents, and that can create customer complaints. "Controls provide the ability to see if dimming supports suitable color correction for customer approval," Dixon says.

When making the switch from HID to LED, there's no reason not to add lighting controls. "Adding a node to the LED replacement effort doesn't require an additional truck roll," Dixon explains. On average, each node costs less than a single bucket roll, so the choice to add control nodes must be made up front, not after the fact. "This way, one truck roll delivers the energy efficiency of LED, as well as the significant operational savings of monitoring, alarms, output controls and data delivery."

According to Dixon, one of the main reasons for such impressive energy savings is that when dimming is done by the node, it is power that is dimmed—not just the lumen output. For example, a 25% drop in power with some LED fixtures could result in just a decrease of lumen intensity of only about 5%. "Cities can reduce their bills without impacting the community's perceived luminosity," she says. "Utilities gain flexibility through the capacity to adjust where power goes, and everyone benefits due to the increased lifespan of the fixture itself."

Using a standard photocell on an LED fixture is really a lost opportunity. "LED lighting is a great first step—but it shouldn't be the last one," says Dixon. "Smart lighting controls provide the visibility needed to make informed decisions, and that's the gateway to building a smarter community."

Expanding upon the aforementioned television analogy, today's TVs aren't about plugging them in and watching. You first must connect a TV to cable or Wi-Fi and add your apps of choice to deliver the content you want to see. It's the same with outdoor LED lighting fixtures and their nodes: until they are part of a communications network, they won't deliver all the great benefits they're capable of.

"When lighting control nodes are connected, outdoor lighting can be the conduit for assessing local weather and traffic conditions, alerting authorities to gunshots and enhancing safety with event-based brightening and flashing," says Dixon. "In other words, the networked lighting can serve as a virtual 'power outlet' for smart city applications."

Shedding light on the future

When the smart lighting controls and network are in place, the opportunities for streetlight owners are wide open, including integrating real-time, two-way data, adaptive lighting, pedestrian counting and more. And, for maximum ROI, it's critical that control installation be done in conjunction with the move to LED—not after the fact.

With over 15 years in the industry, Dixon is passionate about the future of lighting. "A smart community is about connection— connecting networks, devices, data and people for new insights and relevant action," she says. "Smart communities start with smart lighting, and smart lighting starts with the right control node."

To learn about the five features you should look for in a lighting control node, download our free e-book, "It it's not reliable it's not smart."

Get Smart Cities Dive in your inbox