People Take Back Their Streets on International Park(ing) Day 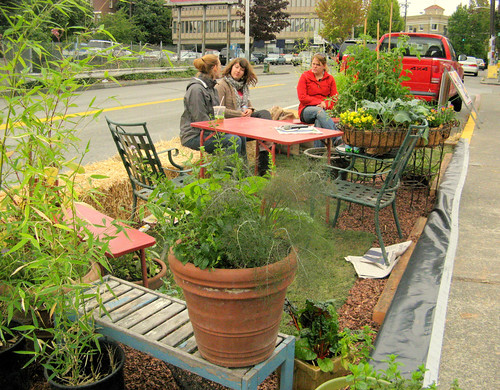 On September 20, metered parking spaces around the world were magically transformed into oases of relaxation and frivolity as citizens, small businesses, nonprofits and even local governments celebrated international Park(ing) Day.  Enjoy these images of Park(ing) Days past and present, and consider the possibilities: 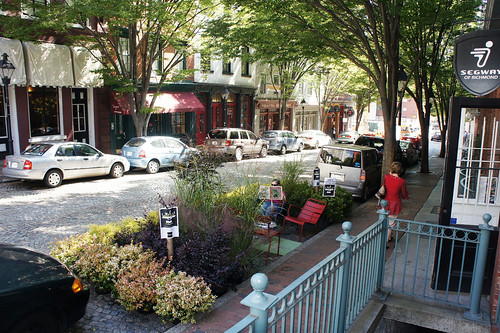 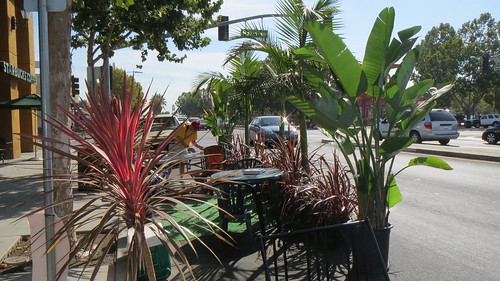 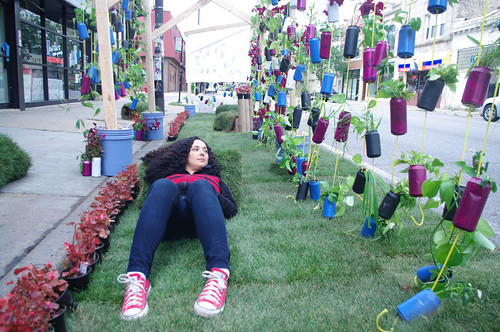 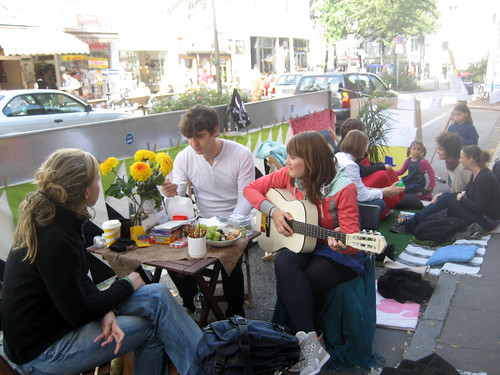 Here in Washington, according to an article written by Maggie Fazeli Fard for The Washington Post, "more than 20 [DC] locations are participating in the annual worldwide event, sponsored by the Trust for Public Land to raise awareness of the need for more parks and public spaces in cities."  Participation in the event was permitted through an application process administered by the city's Department of Transportation.

The idea is not just to raise awareness but to create a one-day means of civic participation and to try out, informally, ideas that might be adopted in real parks.  Also in The Washington Post, Candace Wheeler writes:

"Park(ing) Day began in 2005, when a San Francisco-based art studio dedicated to environmental projects set up a park for two hours in a metered space.  Since then, the event has spread, with temporary parks popping up in 162 cities and 35 countries over the past seven years.  Now, the third Saturday in September is designated as the day for creating temporary green space.

"More than a dozen cities along the East Coast participated in this year's effort. Park(ing) Day's Web site, which allows people to look for events taking place in their area, provides a how-to guide on creating a pop-up park.  There's also a manifesto created by the event's founders on the ideals of urban planning and answers to potential legal questions about setting up parks while navigating a city's permit laws." 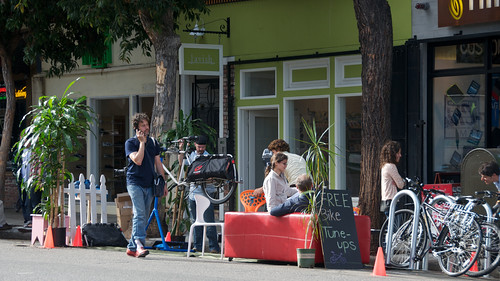 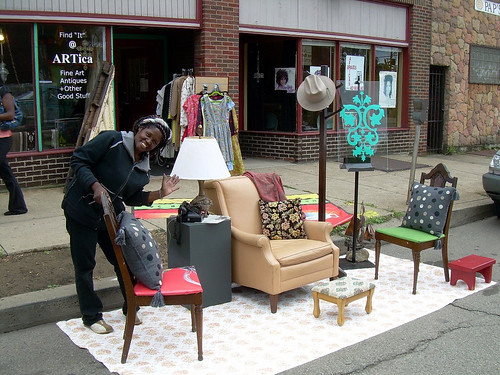 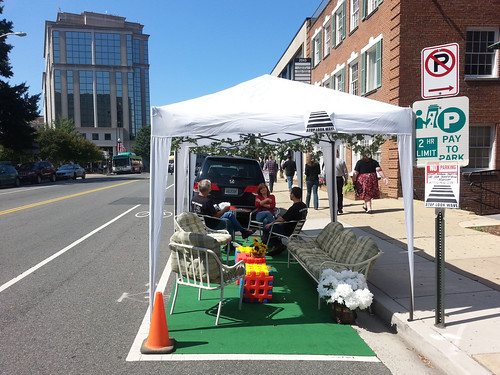 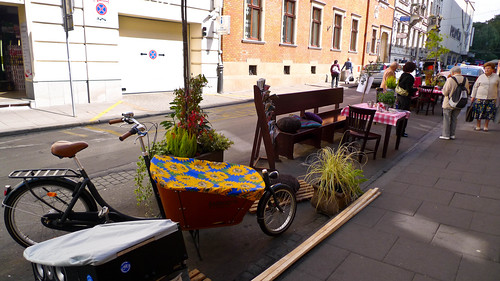 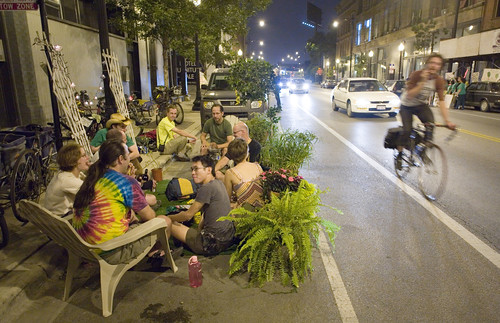 In a 2011 press release, John Bela, principal with Rebar, the San Francisco firm that started it all, emphasized the idealism behind the event:

"From public parks to free health clinics, from art galleries to demonstration gardens, PARK(ing) Day participants have claimed the metered parking space as a rich new territory for creative experimentation, activism, socializing and play . . . While PARK(ing) Day may be temporary, the image of possibility it offers has lasting effects and is shifting the way streets are perceived and utilized." 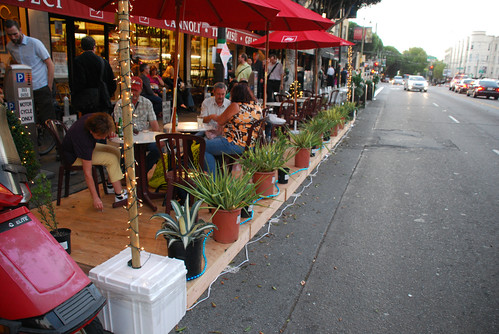 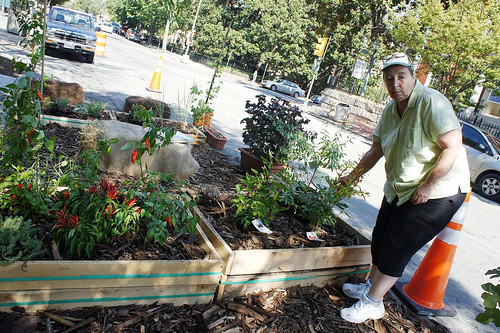 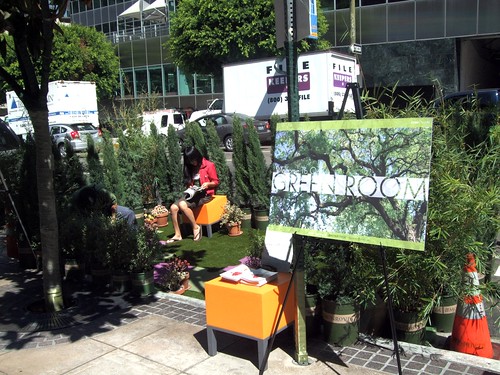 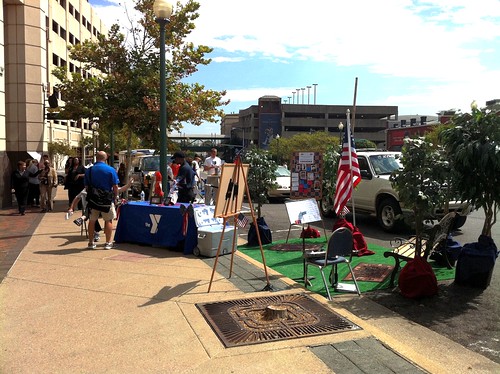 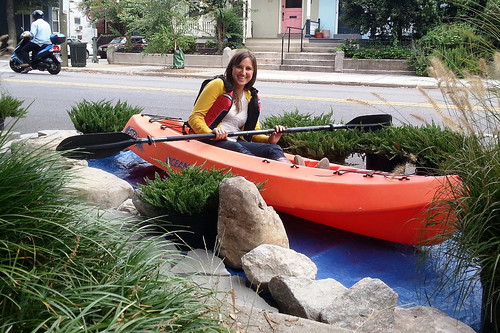