City Leader of the Year: Bill Peduto, Mayor of Pittsburgh 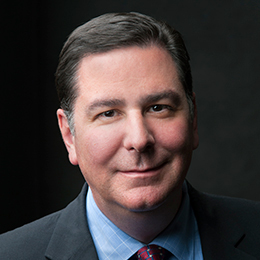 Our 2030 plan will be based around people. When we say, 'If it's not for all, it's not for us,' we're actually putting the financial resources behind it.

Grandfathers on both sides worked in steel.

Vision for the future:

Working as "Fundraiser-in-Chief" to get the city on board with One PGH.

From the Rose Garden of the White House, President Trump justified his decision for pulling out of the Paris Climate Agreement by saying he was elected to represent the people of "Pittsburgh, not Paris."

"According to him (Kevin Acklin), the only thing I yelled was 'Pittsburgh!' And he just looked at me," Peduto said. "And I said 'one minute.' And I started tweeting. It was completely spontaneous. It happened all within probably five minutes."

As the Mayor of Pittsburgh, I can assure you that we will follow the guidelines of the Paris Agreement for our people, our economy & future. https://t.co/3znXGTcd8C

Peduto said he was distraught not only because of his own commitment to sustainability, but by the way Trump's statement used Pittsburgh "as a stereotype of a bygone era."

"I watched my city die through the 1980s, and struggle to try to figure out where it would go, after thinking for decades that our only tangible path would be through steel," Peduto said. He said he was taken aback when Pittsburgh's sacrifice to change its economy and "build out a new green economy" was ignored so that it could be used "as an alliteration in a stereotype that is long gone."

Not even a full week later, Peduto partnered with Anne Hidalgo, the mayor of Paris, to demonstrate their commitment to addressing climate change in the face of Trump's decision. Peduto has worked to maintain that commitment through 2017.

Peduto's team is working with officials from Da Nang, Vietnam, to help that city develop a resilience plan. And he went to Cop 23, a global conference on climate change, in Bonn, Germany this year. Pittsburgh released its resilience plan this year and has continued to attract and inspire transit-based smart cities projects. Officials are working on redeveloping and revitalizing 170 acres along the Monongahela River, the site of the last remaining steel mill in the city.

Since Peduto's inauguration, Pittsburgh has taken on a variety of smart city-focused projects

Peduto ran unopposed in Pittsburgh's 2017 mayoral election and won more than 95% of the vote. He's got a clear vision for the city's future, too. In the 1940s, Pittsburgh began a transformation from an industrial city to a corporate city, under Mayor David Lawrence. Trains were rerouted and the downtown area was able to develop with skyscrapers and corporate headquarters. Peduto wants to see something similar.

"My goal is to transform Pittsburgh, but to base it around people, not brick and mortar," Peduto said. He said he wants to make Pittsburgh a "city for all," and that includes universal pre-K and developing an affordable housing trust, to avoid some of the gentrification that's been seen in other cities that are making a comeback. A theme that's developing in Pittsburgh's government is that, "If it's not for all of us, it's not for us."

For Peduto, the grandson of two steelworkers, being Pittsburgh's mayor means "everything in the world." He says he watched as his family left the city, as neighborhoods hollowed out and business districts dried up in the 1980s. He said friends left not because they wanted to, but because there were absolutely no jobs. Pittsburgh's unemployment rate climbed near 20% in the 80s. Now, unemployment in Pittsburgh (4.8%) is about on pace with the U.S. average (4.1%).

"Now, the city is back. And it's booming," Peduto said. "And I get to be the mayor at the same time. I have my dream job."

Peduto was elected for another 4-year term in Pittsburgh with a Democratic City Council, and isn't term-limited. If his goal is to transform Pittsburgh into a "city for all," he's got the time and the political capital to do so: He was elected with over 95% of the vote. And it seems like a job that he's happy with.

"I have no desire to run for any other political job," Peduto said. "I bleed black and gold. I love this city. I just feel like the luckiest guy on Earth that I get to be the mayor of it."