Adding more solar "should have been a slam dunk" for Connexus Energy, a "hometown favorite" electric cooperative in Ramsey, MN, said Rob Davis, a clean energy advocate who observed the siting process. But the utility's motion to build was almost denied.

Land is valuable, and "anytime you build anything anywhere there’s a neighbor, and that neighbor is going to have an opinion for better or worse," said Davis, who directs the Center for Pollinators in Energy and also leads the Media & Innovation Lab at Fresh Energy in St. Paul, MN.

The saving grace? Pollinator experts and ecologists testified this wouldn't be just any solar development — it would be pollinator-friendly, giving work opportunities to local seeders and apiarists as well as providing ecological benefits to the surrounding area.

The motion passed the Ramsey County Planning Commission 5-2 in October of last year.

As utility-scale solar expands, land use continues to be contested. Solar is expected to require 3 million acres of land by 2030 and 6 million by 2050, according to the National Renewable Laboratory (NREL). Experts say utilities should be conscious of how they're using the land if they want to win over customers. Creating pollinator-friendly habitats and native plant bases has become a good place to start.

"A refrain that I've heard often is that the solar industry needs to learn the lessons of the wind industry," Davis said, "that when you build projects that people just complain about over and over again, you're building a base of opposition."

The state is home to Connexus Energy, which boasts the largest energy storage co-op in the U.S. as well as the first integrated bee-farm and solar site in the country.

In those places, Davis said pollinator-friendly solar sites have become a "competitive advantage" for utilities that want to “maximize their speed and agility” in renewables markets by proposing projects that communities will support quickly. Additionally, having legislation to set standards and oversight to ensure developers "follow the lead of experts" can create additional community trust, he said.

Conventional solar installation techniques typically involve turf grass and gravel as ground cover, which removes vegetation and flattens landscapes, according to NREL. These methods lead to high preparation and labor costs, expected to account for 20% of the price of photovoltaic installations by 2020.

Although the upfront costs for seeding are higher than installation of turf grass, the maintenance over projects' 25-30 year lifespan is cheaper because it's less involved, Meinschein said.

The pollinator benefit is a specific twist to the story that has gotten buzz in local and national media.

“The awareness around honey bees is at an all time high,” due to their rapid deterioration brought on by pesticides, parasites and habitat loss, according Jacob.

A study published earlier this year by NREL and the Argonne National Laboratory further illustrates the benefits of these practices to agricultural communities. The study found over 3500 km² of agricultural land near solar facilities in the United States could benefit from pollinator-dependent vegetation. 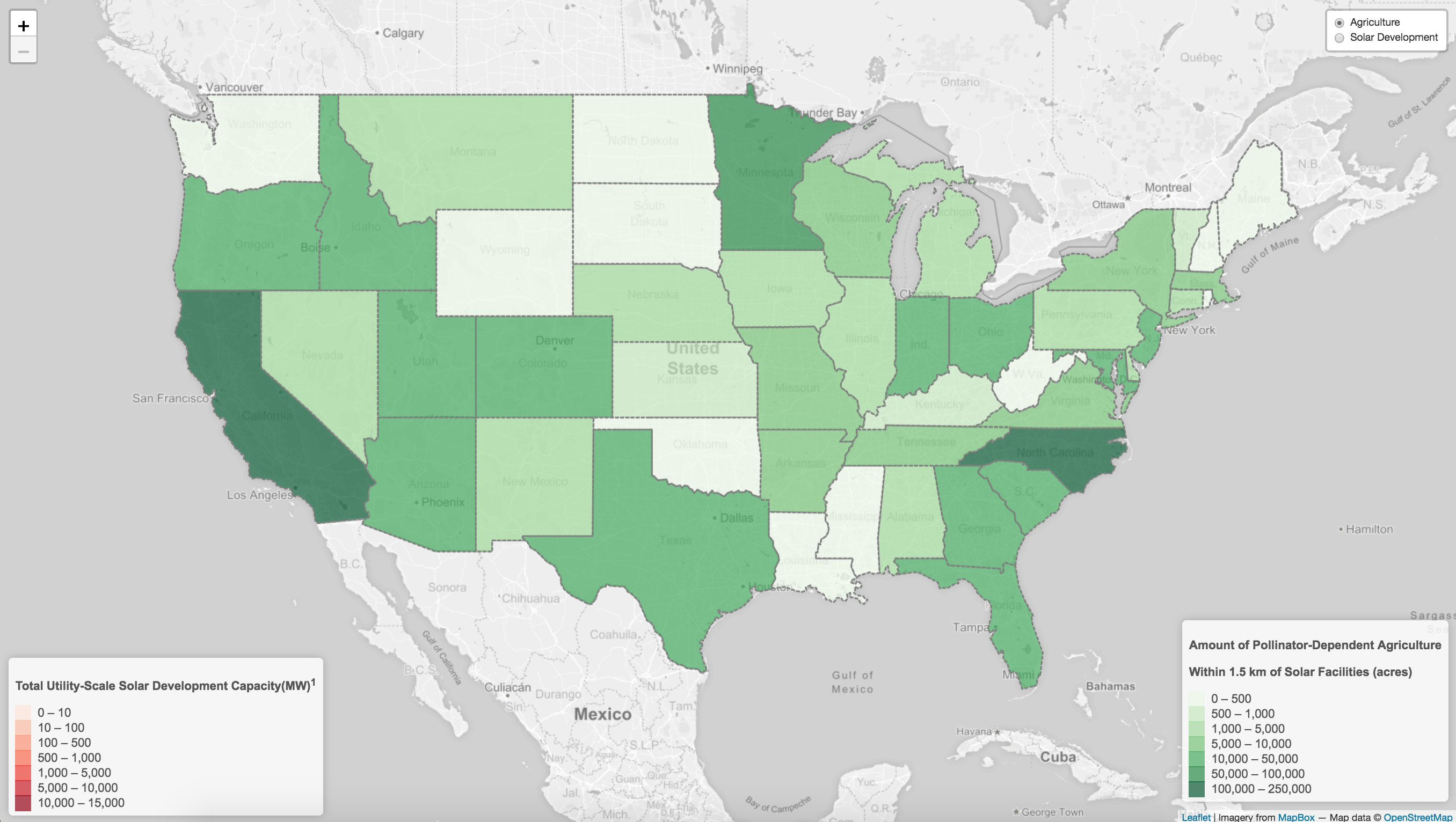 Utility-scale solar energy development "has the potential to reduce local agricultural production if farmland or nearby habitat for insect pollinators is converted to [solar] development," the report reads. In California, 70% of utility-scale solar sites are in rural areas and a "number of potential adverse impacts have also been indicated with these large-scale developments, including altered hydrologic patterns, habitat loss and fragmentation, impacts to cultural and visual resources, and direct mortality of wildlife."

"If we can develop solar facilities in a little more of an environmentally friendly way that also benefits pollinators and nearby agriculture then that might mitigate or alleviate some of the environmental concerns of the large amounts of land that these solar facilities require," Leroy Walston, one of the authors of the report, told Utility Dive.

For utilities, barriers to solar deployment include land use and management, as well as negative community relationships, said Elaine Hsieh, senior analyst at GreenBiz group. That's why a movement is growing for "win-win" solutions for utilities and corporations hoping to increase their solar capacity.

Maryland was in the midst of "contentious conflicts between colocation of solar and agriculture" when it passed its solar pollinators bill, said Davis, with only a little over 1 million acres of farmland available. Concerns over high electricity bills for poultry farmers as well as clean water issues from byproducts of chicken waste ultimately led to the state adopting SB 1158, that would include "an evaluation of the pollinator benefits," in establishing solar sites.

Between the amount of unused land around panels and legitimate concerns from farmers, utilizing land for solar and bee apiaries is “hard to find anything wrong with,” Jacob said.

"Excitement and demand for this exceeds wildest expectations," he said, with projects popping up from Oregon to the Bahamas, and which he hopes will become the new standard for solar development.

"Bees are the unsung heroes of our agricultural economy," he said, "so to produce green habitats for them and produce green energy ... is an amazing opportunity." 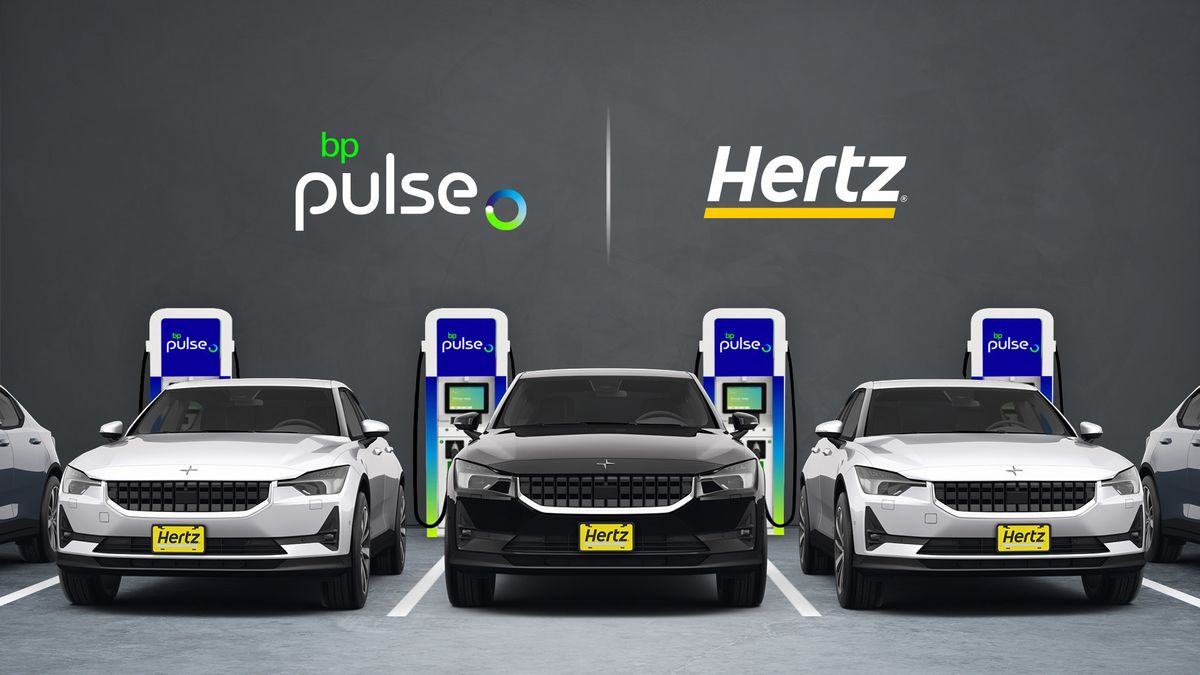