A major aspect of Resilient Boston is focusing on and grappling with the city's issues of system racism.

The impacts of climate change disproportionately hurt low-income communities, communities of color and other marginalized groups.

Boston is an old city, at least by U.S. standards, and it's seen its share of disaster. It's a coastal city, so it will have to grapple with climate change and rising sea levels; and it's an economically diverse city, meaning inequity could cause serious disruption. Taken together, these factors give Boston quite a few reasons to develop strategies and methods to be a durable, sustainable, equitable and resilient city.

Resilient Boston, the city's 2017 strategy, was developed in partnership with 100 Resilient Cities. It addresses the basics; issues of climate change and economic opportunity. But those parts of the plan alone aren't why Smart Cities Dive selected Resilient Boston as the Resilience Strategy of the Year.

Boston's plan stands out because of its focus on racial inequity. The document acknowledges that Boston has "systemic racism" that damage its communities. Acknowledging those systems, and strategizing ways to overcome them, are themes that are present throughout the document and throughout its initiatives.

In 2017, that kind of comprehensive, holistic thinking is necessary in developing future plans, as issues become intertwined. Cities need to look not only at the possibility of natural disasters, but of long-term risks, like housing shortages, systemic racism or entrenched poverty that can become full-blown disasters if not addressed.

Atyia Martin, Boston's chief resilience officer, said that kind of holistic thinking is the part of the plan that she’s most proud of.

"I'm most proud of the space that Mayor Walsh gave us to really frame out issues of racism in a way that felt authentic and real," Martin said. "It was a huge political risk for the mayor. Here we are launching a plan that’s all like, 'racial equity!' in the current environment, nationally, and during an election year. But it wasn't even part of his calculus, and I appreciate that. I think [Resilient Boston] would have been a totally different strategy without his boldness." 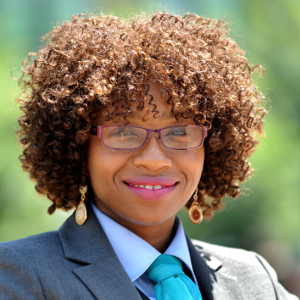 This interview has been edited and condensed.

What part of Boston’s resiliency plan are you most proud of?

Are you seeing or experiencing any roadblocks to implementing the citywide strategy?

Martin: Just using the words 'racial equity' and 'racism,' any time you talk about race, it creates an immediate discomfort in many people, especially if they’ve never really had deep conversations on those issues.

If there are other cities looking to make a resiliency plan, what would you want them to take away from Boston’s plan?

Martin: Successful strategies and plans are very inclusive and they involve the people that are going to be impacted by them. And, thinking about "who are the marginalized people in this community?" so they can make sure that when they're developing a strategy they are not only thinking about those people, but including those people.

Corinne LeTourneau, associate director for city and practice management at 100 Resilient Strategies, said Boston's process for developing its plan was part of what made it such a comprehensive document.

She added that, in developing Resilient Boston, she saw "a multitude" of city agencies working together. Martin told Smart Cities Dive that the city engaged with over 11,700 people to develop the plan.

"It's been really refreshing to see the silo-busting happen in Boston around the planning process," LeTourneau said. "A strong and resilient city government is one that coordinates."

Since the plan debuted in July, officials in Boston are already working on implementing parts of the plan. Martin said that a few projects have already begun, and are having an impact.

For example, the city worked on a campaign with young people to identify areas in Boston that should be featured more in the popular augmented reality mobile game Pokemon Go. Martin said that when the game launched, it featured plenty of locations, but not in the poorer, less-trafficked areas of the city.

"It didn't got into the neighborhoods," Martin said.

She said that city staff are working on internal racial equity work and training. Martin said that they were working on building on a strategy for the training so that they wouldn't just be copying what other cities or organizations have done in the past.

Boston will have no shortage of challenges to face while pursuing the initiatives in its resiliency strategy. The city staff at the top of the strategy, though, have the necessary framework in mind for pursuing an equitable, resilient city.

"It's connecting the dots across the ecosystems in our city, and understanding not just the threats and hazards in the environment and infrastructure, but what that means for the real lives of people living in our city," Martin said, "and connecting those dots."

Boston will be looking to its Go Boston 2030 plan and its Imagine Boston 2030 plan, concurrently with the Resilient Boston strategy, to shape decisions about the city’s future.