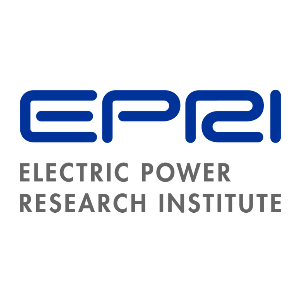 President Biden journeyed to Pittsburgh, Pennsylvania, a city synonymous with the industrial age, to announce a $2 trillion infrastructure plan aimed at accelerating progress toward a climate-friendly 21st century economy. The president argued that the American Jobs Plan provides the investments needed to simultaneously boost employment, upgrade the nation’s infrastructure, and tackle climate change.

Among the plan’s wide-ranging proposals, the president proposed investing $213 billion to build, retrofit, and preserve two million “affordable and sustainable places to live” by 2030, including $40 billion specifically to retrofit existing public housing.

The Biden administration’s approach combines efforts to address climate change with the need to expand access to affordable and sustainable housing. At the most basic level, any realistic effort to reduce greenhouse gas emissions has to pay close attention to the buildings, which accounts for 28% of U.S. emissions when accounting for indirect emissions from power generation. A report by the American Council for an Energy-Efficient Economy (ACEEE) found that the percentage of household income devoted to paying electric, gas, and heating fuel bills – also known as a household’s energy burden – is more than double for low-income households compared to all households in 48 U.S. cities. Efficient electrification can lower that burden. The E3 study found that customers could save up to $540 annually by switching from gas to electric power.

The opportunity to slash emissions from buildings is particularly significant among the nation’s affordable housing stock, the majority of which was built over 40 years ago and don’t take advantage of progress in energy efficiency. Weatherization of the housing stock, such as adding insulation and air sealing buildings, delivers significant long-term benefits.  On top of it, better electric technologies such as heat pumps and heat pump water heaters have the potential to dramatically reduce emissions.

While many electric technologies offer lifetime savings through reduced monthly energy bills, their deployment in affordable housing units depends on a positive cash flow for owners or tenants from day one – something that rebates with years-long payback periods simply can’t offer.

While it’s clear that advancing decarbonization along with equity and environmental justice is possible through a focus on the efficient electrification of affordable housing, it’s also apparent that scaling these efforts will require new business models, partnerships, and approaches.

To give some idea of just how much the scope of the challenge (and opportunity), consider this: In 2020 the U.S. Department of Housing and Urban Development (HUD) announced that its Rental Assistance Demonstration (RAD) program had invested $10 billion over 7 years to improve and replace public housing; though significant, it’s nowhere near the $213 billion proposed by the Biden administration for affordable and sustainable housing.

The Electric Power Research Institute (EPRI) and its utility partners have been pioneering and field-testing novel building and retrofit approaches that combine electrification, energy efficiency and renewable energy to benefit disadvantaged communities. A wide range of these solutions and the lessons they have surfaced will be topics of discussion at EPRI’s Building to Zero sessions, which are part of the Electrification 2021 Virtual Forum Series.

Some of the new approaches address financing retrofits. The utility Tennessee Valley Authority (TVA), for example, is piloting a program that demonstrates the connection between weatherization and energy efficiency with improved health. TVA has partnered with Medicaid provider TennCare to document how modernizing and improving affordable housing can lower asthma and COPD rates, improve activity levels and mental health, and promote other health benefits. Making these connections has the potential to expand the universe of funding to include a range of healthcare partners and health-focused charitable organizations.

Scaling efficient electrification efforts for affordable housing will also necessitate greater use of new technologies. For example, in Fresno, California EPRI worked to replace the evaporative coolers and wall furnaces that provided heating and cooling at a 50-year-old affordable housing complex. Standard electric heat pumps and heat pump water heaters are 240 volts and expanding the electric capacity at the complex to accommodate them would have cost about $9,000 per apartment at the 60-unit complex.

To avoid that expense, EPRI replaced the evaporative coolers and wall furnaces with a 120-volt heat pump, the first U.S. demonstration of the technology. Along with upgrades to insulation and lighting and the addition of new electric cooktops and a community solar system, the changes resulted in energy savings of between 30% and 40% and a 14% drop in carbon dioxide emissions.

Deep decarbonization in affordable housing and across society requires new technologies, new partnerships, and new thinking. Join EPRI, utilities, and a wide range of stakeholders at Building to Zero to learn more about innovative approaches already being deployed and what those efforts can teach us.