Mayor Michael Tubbs has a dream of UBI

The young Stockton, CA mayor has taken inspiration from the teachings of MLK in advocating for a guaranteed income, most recently through the launch of a national mayoral coalition.

Michael Tubbs made history in 2016 when he was elected not only the first Black mayor of Stockton, CA, but also the city's youngest mayor at age 26. While a part of the millennial generation, Tubbs' governance has been influenced by a key historical figure of decades past: Dr. Martin Luther King, Jr.

In King's final book published in 1967, entitled "Where Do We Go From Here: Chaos or Community?" he wrote of financial equality in a way that has influenced the trajectory of Tubbs' leadership. "The solution to poverty is to abolish it directly by a now widely discussed measure: the guaranteed income," King wrote.

Tubbs used King's teachings of a guaranteed income as inspiration to launch the Stockton Economic Empowerment Demonstration (SEED) program in 2019, an effort to put $500 in the hands of in-need Stocktonians. After the program quickly caught the attention of mayors from Los Angeles to Newark, NJ, Tubbs spearheaded the creation of Mayors for a Guaranteed Income (MGI) to advocate for a universal basic income (UBI) nationwide.

Since its launch last month, MGI has expanded from 11 to 16 members, with more expected to join the fight for UBI. Smart Cities Dive caught up with Tubbs to learn more about that goal, the challenges in reaching it and the advice King may have for Tubbs today.

SMART CITIES DIVE: Tell me a bit out what sparked your interest in UBI and launching that SEED program?

MAYOR MICHAEL TUBBS: I first discovered universal basic income studying Dr. King, who called for this before he passed in his last book. And I remember reading that in college and saying this is really interesting, I'd never heard this part of King's legacy, I would love to be part of the conversation about whether this is something feasible and something necessary.

Coming from a background with poverty, where we worked ourselves up … to the lower-middle class, and just seeing how hard my mother worked and how the issues we were facing weren't because of her efforts, it was something structural.

I was wanting to figure out what we can do to solve for the problem of economic insecurity, which is a choice we make — particularly in a time when Jeff Bezos just made $13 billion in one day, while half of Americans can't afford one $400 emergency. It just doesn't make sense or sit well with me. That's what gave me the energy behind testing out this idea of guaranteed income as a way of solving for that problem.

Stockton isn't the only city that has explored UBI, however this concept as a citywide initiative is not very popular. What challenges have cities faced in exploring this concept?

TUBBS: I think it's just a lack of political imagination. There's recent polling from Data for Progress that suggests the American people are okay with an income floor for folks, whether it's a income tax credit extension, a COVID-19 guaranteed income, etc.

I just think that a lot of our leaders have held onto this idea that people who are struggling economically, it's because they're not doing something right or that they're wrong, when actually the issue is that the system is wrong. And the economic system of our country doesn't work for working people. We have essential workers today who are putting their health on the line who have to work at the stand-in food banks. That's broken.

I think more and more, especially with the launch of MGI, we're seeing more mayors say, "You know what? I wasn't there for my constituents and we have to create a new normal, a better normal."

How did the initial MGI cohort of mayors come together?

TUBBS: Since I’ve been elected mayor and working on basic income, so many cities have reached out about doing basic income. So many cities were already beginning the process of rallying the community around the idea — Mayor [Ras] Baraka in Newark, NJ; Jackson, MS' Chokwe (Mayor Chokwe Antar Lumumba) is a great friend and I knew there's a basic income project rolling in his city — so there was so much work going on around this. It was easy to kind of pick up the phone and call mayors who are nearly on the cutting edge of any kind of important, substantial reform or policy change.

All the mayors, but the founding mayors in particular, are mayors who I've worked with before, who I've had conversations with, who I look up to, and who I knew would be up for the challenge of lifting up the stories of our constituents.

Are there any federal government leaders supporting MGI?

TUBBS: We have a flurry of proposals in the House and the Senate, pre- and post-COVID, that speak to what we do with SEED. You have Sen. [Kamala] Harris, D-CA, with her LIFT (Livable Incomes for Families Today) the Middle Class Act, … Sen. [Bernie] Sanders, I-VT, [with Harris and Sen. Ed Markey, D-MA] with the Monthly Economic Crisis Support Act, which would provide $2,000 for every American family making below a certain level during COVID-19.

You have a bunch of bills in the House from Rep. Ro Khanna, D-CA, and Rep. Tim Ryan, D-OH, to Rep. Rashida Tlaib, D-MI, to Rep. Gwen Moore, D-WI, who all are definitely coming at it from different ways but all are essentially organized around how to get regular, ongoing cash payments to the American people.

Does MGI have a specific income amount that you would hope for Americans to receive? Would that go to everyone?

TUBBS: We know that anything better than zero is good … Suppose it's for $2,000, $1,000, $500 — wherever the politics land, we're comfortable with, we just know our folks need some level of ongoing cash recurring during this pandemic and after. So at least $500, but more is always better, and I think the $2,000, $1,000 makes a lot of sense, particularly adjusting for sort of regional cost-of-living differences.

In terms of who should receive it, I think the goal is to get to universality. That speaks to, this is part of our social contract for all Americans, but understanding again — politics being politics — we're not going to get to universal overnight. That should remain the goal, but in this moment of intense economic deprivation, we have to, at the very least, target it to those who need it the most.

Most proposals start at $100K or $125K or below, and that makes a lot of sense with a starting point that still gets all Americans who are struggling and gets a huge cross-section of our society, and then from there if we want to get to universality, we can build on that.

Do you see this being something that can be a nationwide initiative one day?

Why do you say that?

We’ve seen examples of this most notably with the New Deal, where the federal government stepped up and said that we believe in states' rights, but this is a right every American should have … I feel strongly that it is a New Deal moment for our generation, and we have to have the same robust federal response.

How has COVID-19 changed the momentum behind this?

TUBBS: COVID and the civil unrest following the murder of George Floyd has really put this front and center. This pandemic has shown us the savage inequalities in our economic system, particularly impacts on people of color … We have to do something and we're not going back to the old way. We need to rise to the occasion, to rise to this moment, to understand we're in unprecedented times, and we have to be willing to be bold and smart and have a response.

Those two things have given everyone courage and mostly imagination to dream of what type of world do we want to live in, and then how do we get there together.

What are MGI's initial goals between now and the end of 2020?

TUBBS: Our goal is to set up pilots in all, or the majority of, our member cities and to get some sort of federal bill that provides an income floor for people during COVID-19. So ongoing CARES Act, HEROES Act, whatever you want to call it, just ongoing cash payments to people, at least during this pandemic?

What advice do you think MLK would have for you today?

TUBBS: I think his advice would be, "I told you so." That we have to marry economic and racial justice, that it's in everyone's best interest for everyone to do better, and that we still have time to rectify some of the mistakes of the past without repeating them in the future. And to do it. 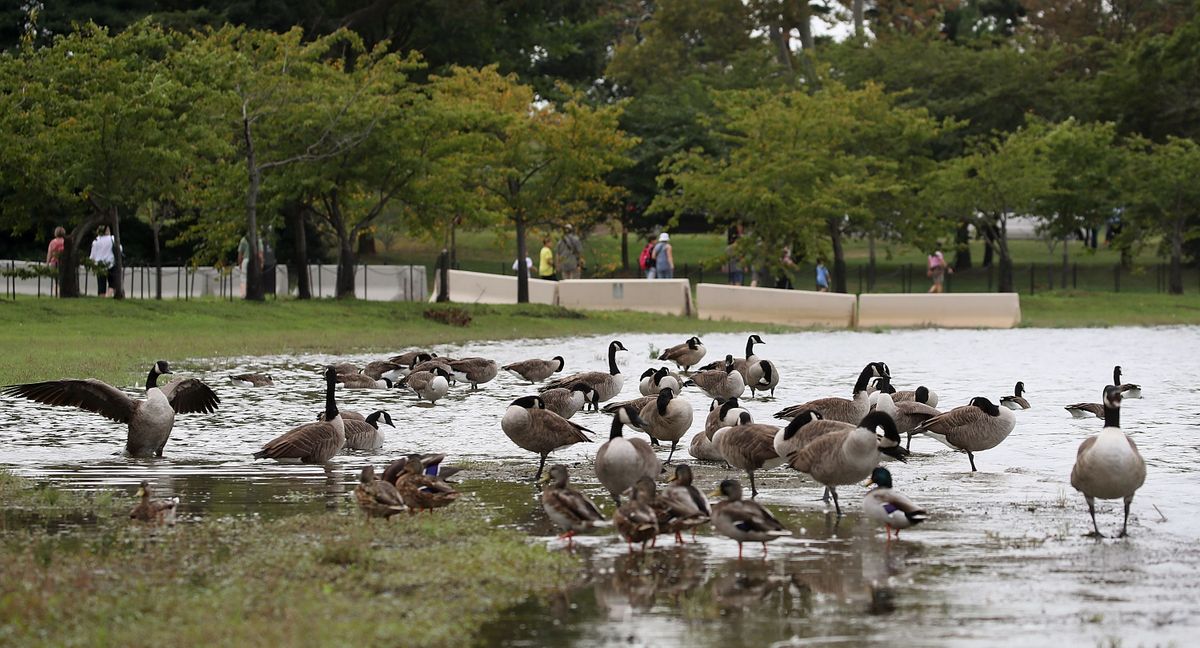