Q&A: How Cary, NC, proves size is not a limitation of smart development

The Town of Cary, located in the heart of North Carolina's research triangle, may not be the first location that comes to mind when identifying "smart cities." Yet the home of approximately 160,000 residents — self-proclaimed as the "technology town of North Carolina" — is on a mission to change that.

Government leaders in Cary are looking to turn their workplace into a living laboratory. This starts in a downtown campus where the town council, municipal buildings, parking structures, the police station and even a museum are all located. Instead of deploying new technologies through the town, the campus will be used to test out projects first.

The town has access to a host of technology companies, universities and like-minded municipalities to collaborate on projects. While in early stages, projects like parking sensors and smartphone beacons (to see how much the public facilities are used are in the “simulated city") have been deployed. An app for Alexa to obtain city information, which will also be able to take 311-like complaints, is also in the works.

Yates said smart projects work because staff are subject matter experts and can provide quick feedback on solutions and the problems they try to solve. They also work because people like Jennifer Robinson, a city council member, are game to be guinea pigs.

Robinson, who is also the director of local government solutions at SAS, caught up with Smart Cities Dive to talk about creating a simulated city for small-scale technology testing, and what she’s learned from the public sector that the private sector should know — and visa versa.

SMART CITIES DIVE: What is Cary’s take on a smart city?

JENNIFER ROBINSON: As a council person for the city, we have not adopted a formal smart city mission. I think it might be something that the staff will be bringing to us in the future. We have, for many years, been very interested in being a leader in employing technologies for local governments. There are many things that the town has done to step out and try to improve the lives of our citizens through these technologies.

For example, we were an early adopter of smart water meters, so the meters at houses collect real time, or near real time, water use and it gets a reading every hour, and then sends back those readings four times a day so that citizens can see their water consumption on a web portal and be able to understand what their hourly consumption is like. There might be a water leak at their house or also just track general consumption for the sake of conserving.

"The expectations of our citizens really drive us and inspire us to provide the best technologies for them."

Then the town uses that information for billing and for predictions for future expansion of our water plants and its network of pipes. So that's just one example of how the city has stepped up early with technology.

Can you tell me a little bit more about this simulated city that you're doing on the town hall campus?

ROBINSON: We have a growing downtown area. Like many other cities, we've been investing a lot of money to try to revitalize it and make it a place that will be a destination for a lot of citizens. Part of our downtown has our town hall campus, and that campus is outfitted with some fairly new buildings, and it has a lot of the typical infrastructure that cities have, such as a parking deck, a community center, huge AC units with chillers and so forth. So, our staff thought that it would be the perfect place for us to try out new technologies, not just for ourselves but to be able to showcase them for other cities. Governments are very collaborative, but it does take some governments to step out in front and try some of these new technologies to see if they're worthwhile for all local governments to pursue.

Are you finding that doing this mini-city has different benefits than spreading out different projects across Cary?

ROBINSON:  We implement a lot of new technologies across the whole city, so there are some things that we do that we say, "We really believe in this technology, and we think it'll be useful." For example, we have cameras at dozens of intersections. Once they proved to be very successful with a traffic management system, then we went ahead and implemented another 125 or so this year.

We do several pilots that are kind of dispersed throughout the community, and once they prove value, go ahead and expand. In this particular case, we thought that it would be good to do a showcase because if we were able to do a bunch of technologies in a concentrated area, when other cities are interested in entertaining these technologies, we would be able to just have a one-stop shop with them where they could come in and see, "Oh, yes, I see how you have been able to manage your parking. Yes, I see how you are able to conserve and understand consumptions or predict the maintenance for a chiller." That kind of thing, but have everything in one place, so that anybody who wants to come and visit this technology can do it easily.

You're on Cary’s town council and you also work for SAS. How does your work in the government impact your private sector work, and also your public sector work?

ROBINSON: I'd say the biggest thing is that the public sector work influences my job at SAS because through being an elected official, I understand intimately what the concerns are of a city and that allows me to help cities. I go out because I work with cities throughout the country. I go out and talk to other cities, I come to it with a perspective of someone who has had her hands in the city and really understand their operations and capital programs.

That is the greatest influence. As far as being a worker for SAS, and how does it influence my public sector, I try to keep those completely separate. Any work that SAS does with the town, I keep away from, like an arm's length from, but it does help me because I go and visit all these different cities.

Are there any cities that you went to and took notes, where you're like, "I'm definitely bringing this back?”

ROBINSON: All the time. Yes, all the time. I just went to the Esri User Conference and was completely blown away with the technologies that they're bringing into cities. It's very, very impressive, with how they can do geospatial gathering of information and presentation of information and I really looked at that and said, "There's a lot more that we can do in the town of Cary with the Esri suite of products for local government."

That would just be an example. When I was at the conference I saw many cities talking about what they're doing. I was incredibly inspired by the City of Boston and what they're doing for criminal investigations and so forth. They're doing a lot in Raleigh, NC. They're using Esri software in a risk-free modeling to be able to understand which parts of their city are more vulnerable for bigger crimes like robbery. When you get to see that and talk to the people who are at the forefront with these technologies, it's really exciting and very inspiring. I've been very fortunate to have my roles, so I can gather these different ideas and think about how they might fit into the town of Cary.

I'm curious if you see things as a public official that you wish private companies knew about government, so they could better work with you. Then on the flip side, when you're wearing your private sector hat, if you're like, "If governments could tweak this thing, we could have a more beneficial relationship." Do you see things that could change to make both relationships work better?

ROBINSON: I think the biggest challenge local governments have is that their data sources are in a lot of different places. You often hear them just referred to as silo data. You have data that's been generated specifically by the public works department and then the permitting department and then the parks department. My background previously was working with software. First it was the federal government, and then doing data modeling for companies. That was back in the 90s, and we were merging data sets back then.

"A lot of cities are jumping forward to employ new technologies without first getting their data together. It's kind of like having a party without cleaning your house first, you know?"

It really surprised me, in the early 2000s, to be approached by my town manager and say, "We have a lot of data and merged it, and we'd really like to go ahead and embark on doing that." At the time I thought, "Oh my gosh, how can we possibly be so archaic. I can't believe we don't have our data un-siloed.” Then, all these years later as I go out and talk to cities, that is still the number one prevailing problem that cities have, is that they don't have their data in one place.

It's really important for companies that work with cities to understand that's the climate that we're working against, that we have that big challenge. The one thing I want cities to know is that probably one of the most important things that we can do to be able to employ these new technologies that are coming about is to get our data in order. I talk about it like cleaning the house. A lot of cities are jumping forward to employ new technologies without first getting their data together. It's kind of like having a party without cleaning your house first, you know?

In tandem with that, the importance of doing data governance so that you set up rules for how data's gonna come in so that you don't keep perpetuating this problem with data management. That's what I really see as kind of the fundamental issue that cities need to work through and companies need to understand that that's the climate when they're gonna work with a city.

Do you know what's next for Cary?

ROBINSON: There's a lot of different technologies being implemented. The state just passed a small cell tower law. I think we'll start seeing a lot of small cell devices be implemented. There's just unlimited opportunities ahead of us.The important thing is for us to just focus on the end goal, which is to be a responsive government for our citizens and to make quality of life as high as it can be for the people who choose to call Cary home. 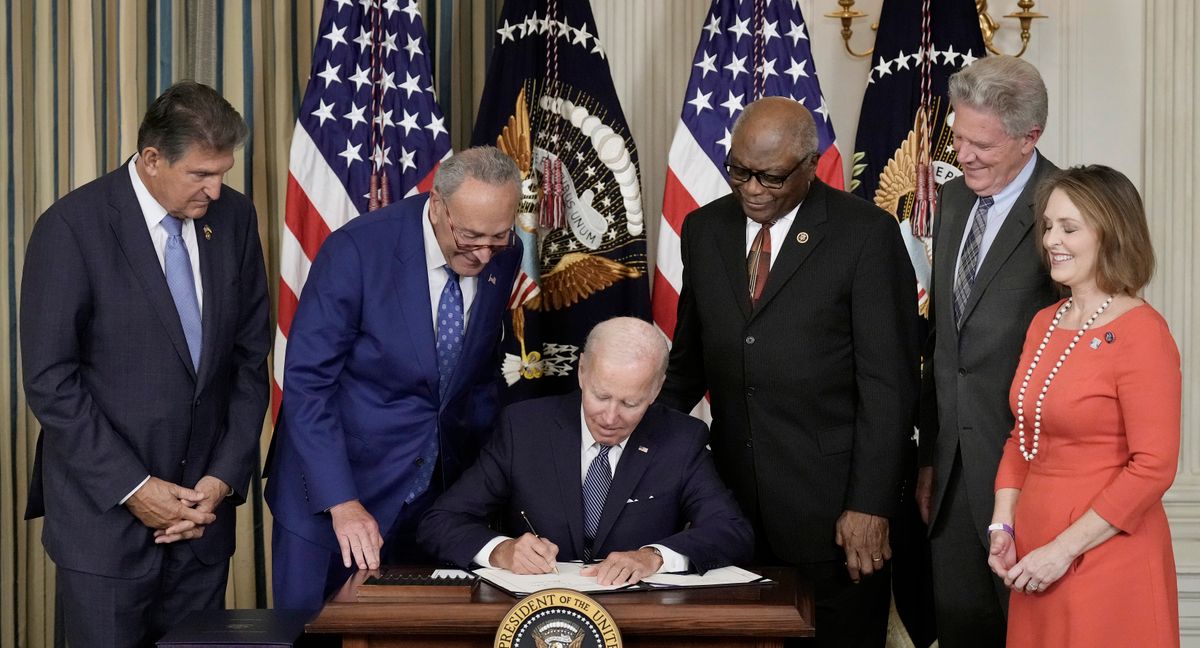 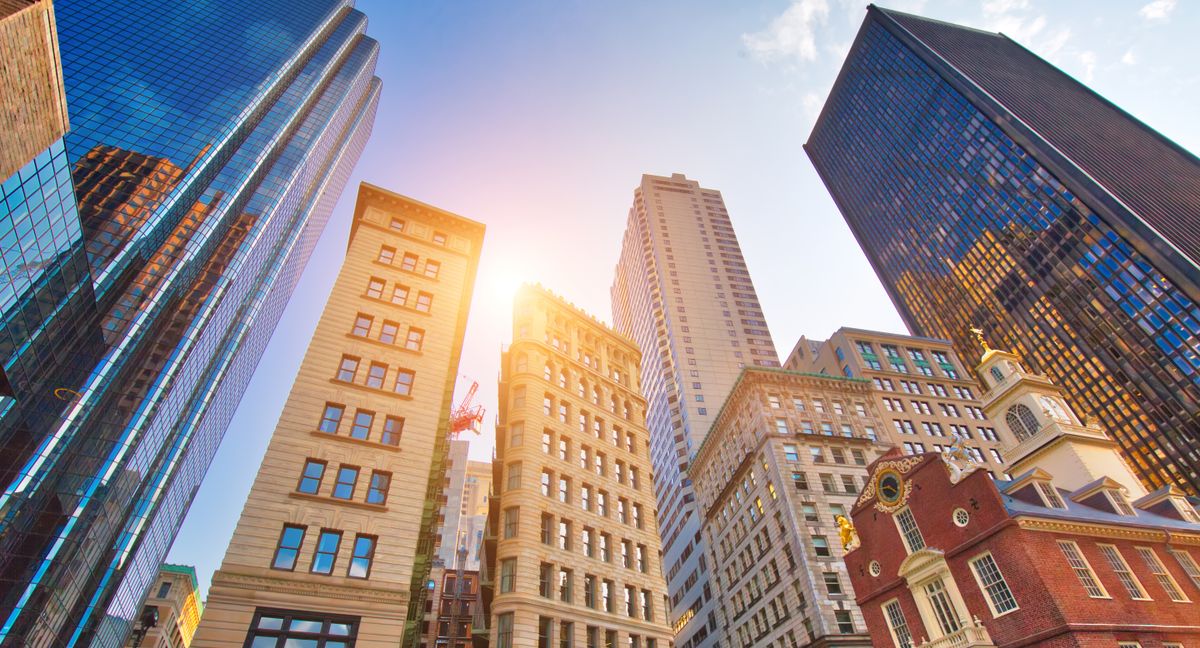